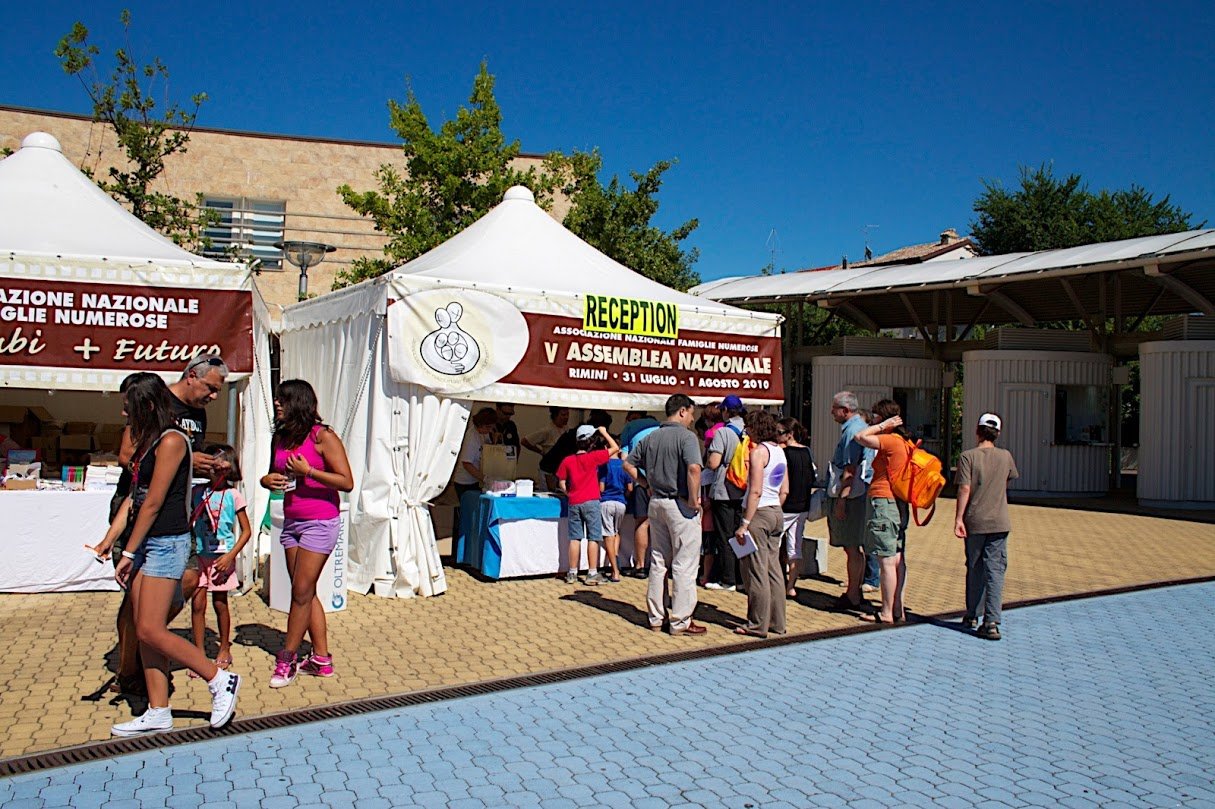 Under the slogan “Large Families, hope for Europe” during the congress, different topics that affect European large families were addressed. Among them, they highlighted the differences between social and family policy, the demographic situation of Europe in the present and how the EU works with different family policies. During the Congress, important and well-known speakers from Italy and other countries participated. A large family from each ELFAC member country was invited to spend a week at various events with large Italian families.

On Sunday August 1 in the conference room of the Hotel Toledo in Rimini (Italy) the Ordinary General Assembly of the European Confederation of Large Families (ELFAC) was held with the assistance of the Board of Directors and other representatives of the different associations that belong to ELFAC.

After a welcome speech by Regina Maroncelli as representative of the congress organizing association (ANFN), each representative had the opportunity to report on the situation and activity of their association. Subsequently, the different agenda items were discussed, such as the new ELFAC website, which is still under construction, the development of the European card for large families, participation in the Familyplatform, a project of the European Union, and the next planned activities. Finally, the objectives of the Confederation for the year 2011 were defined.

As the host association of this board meeting was the Italian Large Families Association, the next day representatives and their accompaniments could join the Conference of ANFN in the Science and Fun park of the city, where several conferences where held with the participation of ELFAC members (Fernando Castro, László Márki, Raúl Sánchez).

Photos of the event