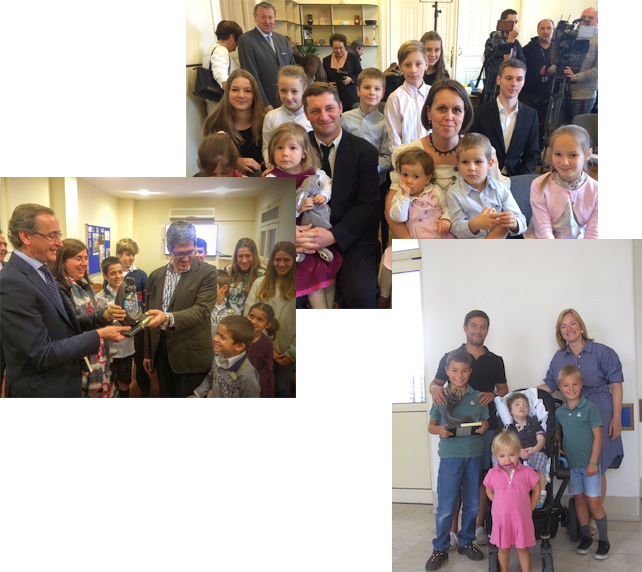 Large Family of the Year

ELFAC gives the award “Large Family of the Year” to a large family whose life and activities are exemplary, showing up values in society.

At its meeting in September 2013 the General Assembly of ELFAC decided to establish awards of the Confederation. Such awards can be given in the following categories:

Propositions for awardees can come only from member organizations of ELFAC.

Four or five awards can be given in a given year. Decision about the awardees is made by the Board of ELFAC. It was also decided that the first awards will be presented in 2014.

A call for nominations was sent out to our member organisations in October 2013 and a decision about four awards was taken by the Board in December. To our greatest regret, the President of ELFAC, Fernando Castro, passed away in March 2014, and the Board decided unanimously in July that an award to a personality should go to the late President and his wife.