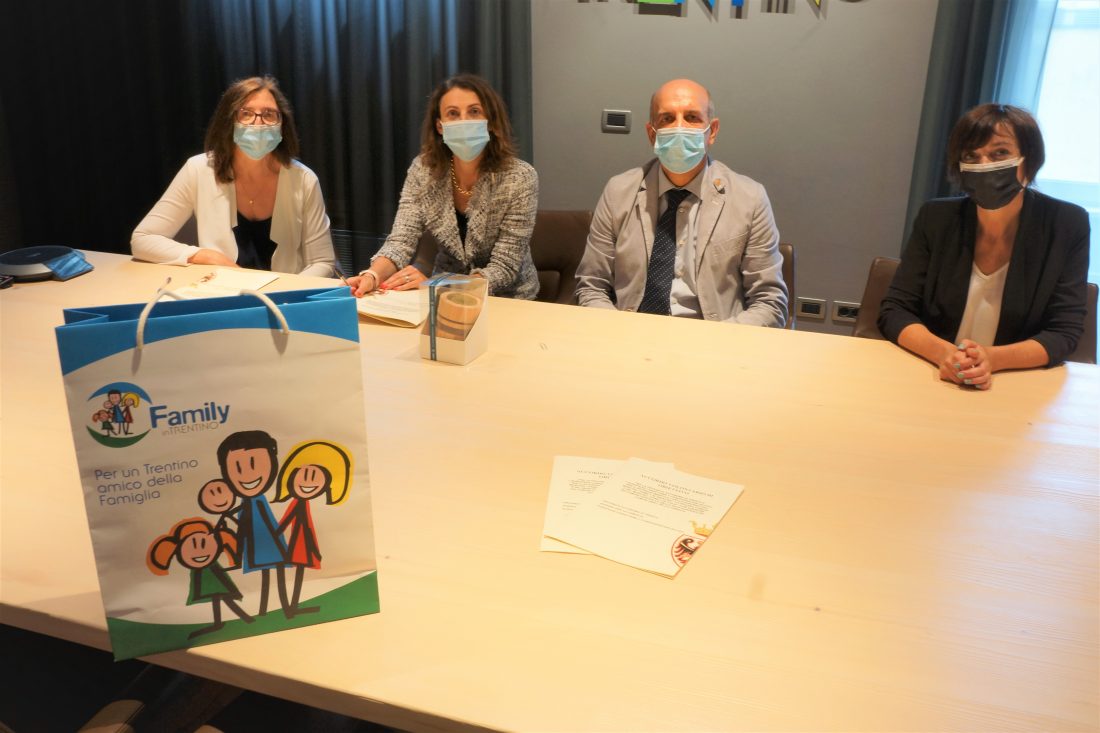 On 27 July, in Trento, an agreement was signed between ELFAC and the Autonomous Province of Trento, establishing the possibility for the “Family in Trentino” and “Family in Italy” certified municipalities to automatically join the European network “Family in Europe”.

The network, which currently includes 34 municipalities from 6 European countries, could soon see the entry of 120 certified Trentino and Italian municipalities: “Our network shares a strong common value, the family. It has been inspired by the Trentino model, which has proved to be effective and responsive to the needs of many municipalities as it adds meaning to their work and focuses on the well-being of their citizens, which should be the ultimate goal of any administration. The model is also attracting interest outside Europe after being mentioned as good practice by the United Nations Organisation: it is an opportunity for comparison and openness for families and municipalities that want to become family friendly, but also an economic and development opportunity for each stakeholder. With today’s signature we give a new boost to a project in which ELFAC strongly believes in as it includes the family perspective in every political action of a territory, creating a family culture”, said Regina Maroncelli, president of the European Large Families Confederation (ELFAC).

“It is a real pleasure to sign this agreement between the Autonomous Province of Trento and ELFAC – said Trentino Councillor Stefania Segnana- because it opens up a different vision of how to collaborate and address family issues. Family is not as a concept in itself, but in dialogue with other European countries. This agreement will encourage opportunities for mutual knowledge and exchanges between municipalities and their families, but also between young people and new partnerships within the Network.” Municipalities will have a new opportunity to make themselves known also from the tourist point of view underlined Mrs Segnana.

The agreement seals a long and fruitful cooperation with the Italian Large Families Association and ELFAC. The model of the Network has also aroused interest in other countries outside of Europe : “A few days ago we received a formal request from the Municipality of San Pedro in Mexico, which expressed its intention to activate the same network, starting from our model, in order to set up the network ‘Family in Mexico’ and activate policies in favour of families”, said Luciano Malfer, general manager of the Family Agency of the Autonomous Province of Trento.

The municipalities will be able to join the network by means of a letter of application to be submitted to ELFAC.