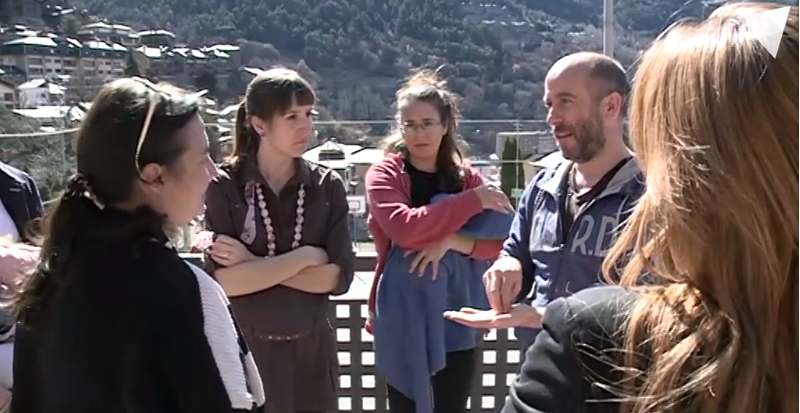 A group of families set the point to establish the first association of large families in Andorra. For the moment, in ten days there are already 120 that have been added to this project, which last Sunday held its first meeting, in which ten families participated. The provisional president of the board of directors that has led them to become an association, Jaume Pol, is surprised that in a short time, “with word of mouth” and messages from Whapsapp, has been added “a crowd.”

The association was born as a result of a need, says Pol, “we have many expenses and most of the time treat us as individuals” and adds that in Andorra “there are very few grants.” In this regard, he notes that although there is a guide published by the Government, “it is very chaotic” because it collects in the same document the conditions and advantages of the large family card and the ‘magna’ card. According to Pol, he pointed out, although he recognizes that there is some aid, he considers that they are “very few”.

The fundamental reason for creating the association is “the urgent need for financial aid,” because “not all families that have between four and eight children are rich,” says the president, who in any way says that “we do not ask for any check, but some discounts on our expenses “, such as school transport or traffic tax for large vehicles. “We want to do strength to go to the administration and expose our needs,” he says.

At the moment, they are finishing the statutes of the association, and once they have convened a second meeting in which they invite to participate all the partners that will have to approve them and choose the board that will chair the association. The lawyer Jordi Carreras, member of the association, is the person in charge and points out that they are “almost finished”. The next step, he explains, will be to ask the notary for hours and then sign up to the association registry. Carreras emphasizes that the association was born with the intention “to cover the needs of the large families, to receive support and to show that there are many things to do”.

Regarding the possible impact of the collective on the electoral campaign, they are made available to the political groups that want to include in their programs measures of help for large families. “The political class should convey that large families have a number of expenses,” says Pol. Another aspect that both Pol and Carreras consider very necessary is to contact and collaborate with associations of large families in other countries, such as Spain and Catalonia. The new association wants to apply as a ELFAC member as soon as possible.