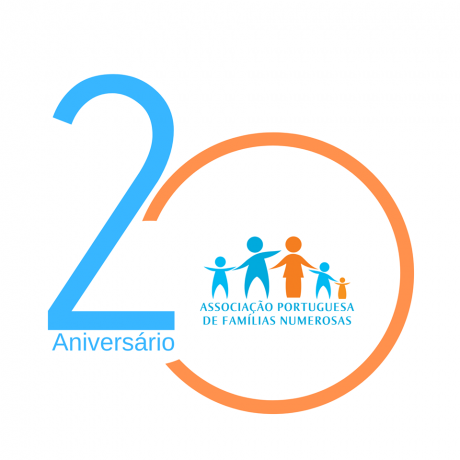 APFN – Portuguese Large Families Association celebrated its 20th anniversary last 22nd April. The two decades were celebrated with a dinner with its founding families, the publication of the book“20 years of APFN” and the launch of the new website (www.apfn.com.pt).

President of APFN, Rita Mendes Correia, referred in her speech that “there is still a lot to be done to guarantee that large families are treated with equality in Portugal” and added “unfortunately many of APFN’s fights are still the same since 1999, year of the foundation”.

APFN is the largest Family Association in Portugal, with 15.000 associates. It advocates for all families with children, especially the ones who have 3 or more children. During the last two decades APFN have fought to provide Portuguese large families with a
fairer and more equitable treatment, striving to recognize their rights and their place in society, negotiating with governments, establishing protocols, organizing conferences, promoting demographic studies and surveys and trying every day to make Portugal a more family friendly country.

Many victories are due to the direct and indirect effect of APFN: the existence of family water tariffs, which now cover 63% of Portuguese municipalities, the creation of the family ticket (that includes all children), family pass in public transportation, free health care for children until 18years old, etc.

Fátima and Henrique Fonseca, one of the founding couples noted that they “looked back and saw with satisfaction, some astonishment and humility, how a handful of families and friends managed to unite around a mission, and carried away a common dream – defending large families and rise against the demographic winter”.

Fernando Castro, First president of APFN and also former president of ELFAC was also remembered during dinner with words of friendship and recognition for his work and commitment for this cause.