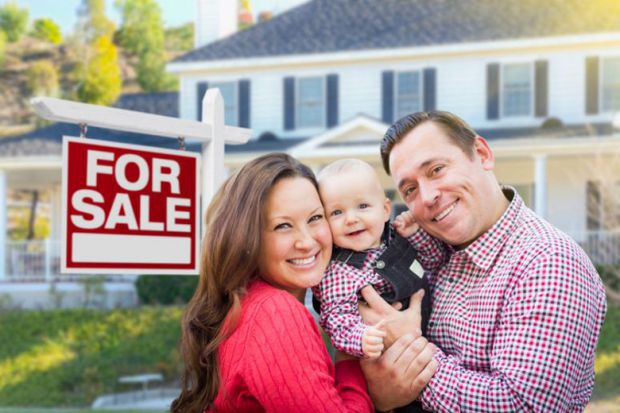 The ups and downs of house prices are always in the headlines. But the profound ways those property market movements affect our everyday behaviour get far less attention.

Housing is such a big expense, and so fundamental to our wellbeing, that it shapes some of our most basic choices. That includes when, and even if, we have children.

Researchers in several countries, including Australia, have discovered a strong correlation between house prices and birth rates.

University of Sydney economists Kadir Atalay, Ang Li and Stephen Whelan have examined how changes in property values in Australia between 2001 and 2015 affected the birth rate.

Among homeowners, rising house prices encouraged more births. For them each $100,000 increase in housing wealth was associated with a 9 per cent rise in the probability of having a child.

Why? For homeowners, the increase in wealth from rising property prices means greater capacity to fund their child-bearing goals. This can lead them to choose to have children sooner or to have more children altogether.

The way economists think about it, children are a bit like goods we value. The more wealth we have, the more children we can afford.

But it’s a very different story for those who don’t own a home. Among private renters, increasing housing prices in the local property market reduced fertility intentions. Rising property prices lead them to defer having children, or to maybe even give up on the idea altogether.

Studies in the US, UK and Canada have identified similar patterns.

When demographer William Clark controlled for education, ethnicity and career factors, he found the effect on women living in American cities with expensive housing markets was a delay of first births by three to four years. However, the overall birth rate did not appear to change.

Another American study found the responsiveness of birth rates to home price changes has grown over time.

Decisions about when, and if, to have children are many-layered and complex.

Interviews with women workers aged under 40 for Sydney University’s Women and the Future of Work Project show many are anxious about balancing house ownership with other big life choices including having children.

Respondents often described the complex strategic trade-offs they were making in a bid to balance their employment with motherhood and purchasing a house.

It suggests that housing plays an important role in women’s calculations about having children, especially in big Australian cities.

Trends in Australia’s birth rate indicate the high cost of housing in the big cities has contributed to a trend for women to have children later in life.

During the past three decades the fertility rate among women aged 35-39 has more than doubled and for those aged 40-44 it has tripled.

In contrast, the birth rate among women aged under-30 has been in steady decline in that period.

Twenty years ago women aged 25-29 years had the highest birth rate. That has now moved to the 30-34 age group and the median birth age for Australian women continues to climb.

Research by Macquarie University demographer Nick Parr shows the trend to having babies later in life has been especially pronounced in urban districts with high property values.

He analysed birth rates across Sydney suburbs between 2011 and 2015 and found that, in virtually every neighbourhood to the city’s north, east and inner south, more than 70 per cent of births are now to women aged over 30. House prices are relatively high in all those districts.

Child-bearing is being “compressed into the later part of the reproductive age period” across much of the city, says Parr.

But that does not necessarily mean a lower overall birth rate because many women who put off having children during their 20s are playing catch-up during their 30s.

Parr found that in many suburbs the total birth rate had remained reasonably high even though a large number of women had delayed having children.

The studies by economists showing how house prices affect fertility imply the recent property slump in Melbourne and Sydney will help lift birth rates among those who don’t own a home. There has also been an encouraging increase in the share of first-home buyers entering the property market as conditions continue to soften.

Even so, opinion polls show anxiety about the cost of housing is high among young people.

The Ipsos Issues Monitor, which asks respondents to name the most important issues facing their community, shows housing is the second biggest worry, after living costs, among those aged under 35.

For many in our big cities, the challenge of buying a conveniently located home, and starting a family, remains a daunting prospect.