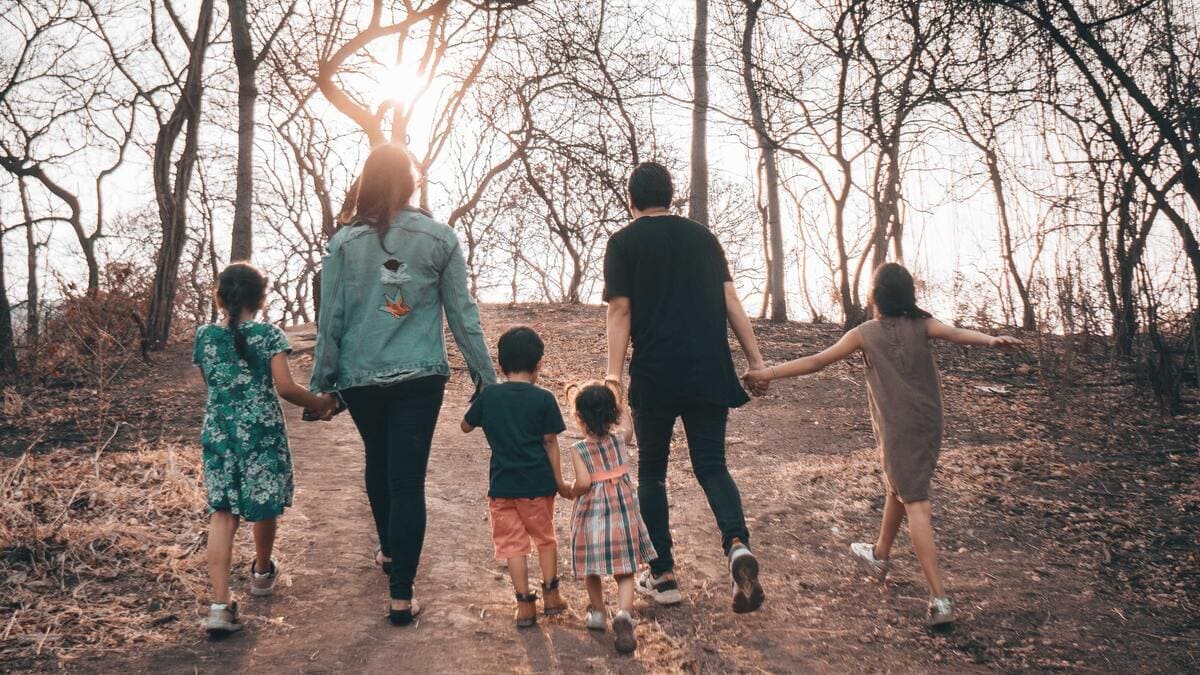 There is a single place that comes before the state, the market, rights, editorial offices that spread the dream of a world without fuss, conflicts and emissions. It is the place that makes the difference between men and orphans

Denatality: either we have given up or the collective yawning reaction – if not hysterical of the child-free Amazons – to the disappearance of children in Italy is not explained. In 2020, there were 5.1 seniors for each child. And we sounded the “mass extinction” alarm due to climate change. In 2021 we dropped below the 400,000 mark. And we to discuss maternity “legacy of the patriarchy”. In 2050 we will have 5 million fewer Italians, we will lose 2 million young people, just over one in two Italians will be of working age and will have to take care of all those under 20 and over 66. And here we are discussing abortion, end of life, overpopulation.

Denatality, the most frustrated alarm

“Denatality” is the most raised and frustrated alarm in Italy: there is no shortage of metaphors – the latest widespread on the occasion of the States General on the birth rate in mid-May: “In 2050 a region as large as Veneto will disappear” -, there is no shortage of appeals to reverse the course promptly updated by the president of Istat Gian Carlo Blangiardo, the list of the disasters we will face denounced by the demographer Alessandro Rosina. There is no lack of a Pope who does not send them to say (“Italy, Europe and the West are becoming impoverished in the future” and “this is a new poverty that scares me. It is the generative poverty of those who discount the desire for happiness in their hearts, of those who he resigns himself to watering down the greatest aspirations, of those who are satisfied with little and stop hoping for big”).

There is no lack of an appeal from the President of the Republic or from a Minister of Education worried about “not being able to train the first”, doctors like those of the Italian Society of Human Reproduction (Siru) who denounce the risk «Extinction if action is not taken immediately. It is essential to promote the culture of fertility and reproduction among young people ». Even Elon Musk did not miss an Istat infographic submitted to him by a data analyst on Twitter that shows the plunging drop in the birth rate that has fallen from the postwar period to 2021 below 400,000 new born: “Italy will no longer have population if these trends continue ”, is the comment, which has gone viral, by the Tesla boss.

Could it be a tragedy? Lastly, Il Sole 24 Ore asks this, underlining the “narrative paradox” of “fighting for women to work full time, be economically independent, educated, cultivate their hobbies, and keep fit” and at the same time ask «them to be“ resilient ”. But do we also want them really peaceful?». According to the Sun , “resilience” translates into “a pressure to have (since you can, then you have to try) to be able to do everything in the best possible way, and to be happy for this incredible skill that Nature has genetically given you (false, by the way) . Except then, if something escapes – and with children and young people it is physiological that it escapes – a sense of personal and social guilt is triggered ». We are talking about birth rates.

Of course, we are not in woke America, where the dream of a post-parent world, advocated by scholar Sophie Lewis in her Full Surrogacy Now: Feminism Against Family  (where she defines the family as a micro-factory of debtors that sucks and pregnancy something against to fight), seems to have found a strange humus in millennials with the dream no longer of a family but of a sort of commune without wailing, conflicts and emissions.

If it is true that across the ocean the battle for women has shifted to young people who in droves ask for tubal removal and vasectomy, they find it “morally wrong” to have children who will pollute and suffer from racism, here in Italy. the focus is on the lack of “potential mothers”. Lack in part attributable to the demographic decline that began between ’76 and ’95, in part to the “usual” difficulties of mothers in reconciling work and family life, nursery schools, scarce economic support for those who bring children into the world. In part also to the new suffragettes of the right to rebel against the stereotype of the “child-maker” who renounces her individual identity to identify herself exclusively in the maternal role, a role that “is not for everyone” and that no child should “suffer”.

Surrendering to the fate of denatality and becoming the world leader in the “silver economy” as a panacea for the evils that will affect all economic sectors (from the problem of public debt to the maintenance of infrastructures) seems the only alternative to a fight against windmills to reverse the course of births, focusing on encouraging women to procreate family allowances, paternity leave, conciliation policies, services. Very useful therapies, for heaven’s sake. Yet, in the hyper-individualism into which we have fallen, unable to recognize an imperative other than self-sufficiency and self-determination, or to see in a child who is born, a person who rises, who exceeds our plans, instead of a cost item. and balance to balance, the problem remains “fragmenting” therapies. Which is not just “the woman”, “The costs”, “the money”, “the work”. There is a great absence in the narrative of denatality, which has risen to a swear word or collective yawn, in a society that has sanctioned the transition from the union between man and woman to the company with a keen interest in making up the accounts, from birth to technoscientific manufacturing: an absentee called a family. The only place prior to the state, law, market and culture, the place of the majesty of the genealogical.

Another child? Hadjadj’s answer is family

The only real answer to denatalist reasoning is in fact the one given by Fabrice Hadjadj, father of nine children, all from the same wife, in a 128-page booklet (here you can find the extensive review by Rodolfo Casadei for the issue of Tempi di Maggio ) entitled Encore un enfant?(Another child?). To those who accuse him that “we live in a difficult world, and you do nothing but give birth to children”, the philosopher recalls that it is consumerism, and not birthrate, that is the origin of contemporary degradation: those who have a large family (how many times did Gigi De Palo, president of the Birth Foundation and of the National Forum of Family Associations, also stress it) lives on relationships, knows frugality, who does not have it, lives on things, and must multiply their purchase (even at the expense of environmental balances). Giving up a being, a new look that can change the world as if it were a thing or a lifestyle, is not a good, a right, the heart of a debate, the cancellation of an airplane flight, it is a simple idiocy. Because:

«The miracle that saves the world, the sphere of human affairs, from its normal, “natural” ruin is ultimately the fact of birth, in which the faculty of action is ontologically rooted. It is, in other words, the birth of new men and the new beginning, the action of which they are capable by virtue of being born. Only the full experience of this faculty can confer faith and hope to human things, the two essential characteristics of human experience […]. It is this hope and this faith in the world that have perhaps found their most glorious and concise expression in the little phrase of the Gospels that announce their “good news”: “A child is born for us”».

For us. Opposing the “good to being”, the love for the child, which one would like to be born only if there is the certainty that he will be happy, if he is equal, worthy, if he has money, time, desire, it does not lead only to denying being the child, but to delegitimizing our own life and that of our fathers, because none of us were brought into the world in the certainty that we would be happy, and not even under certain conditions and with the necessary skills . If the logical overrides the genealogical, it is Hadjadj’s thesis – and there is no better answer to fans than the denatality of every ream and editorial – the source of life withers. If love were enough, if the family were not the fulcrum of the problem of denatality, the absence of mothers, fathers, and not just children, orphanages would be enough to raise children.