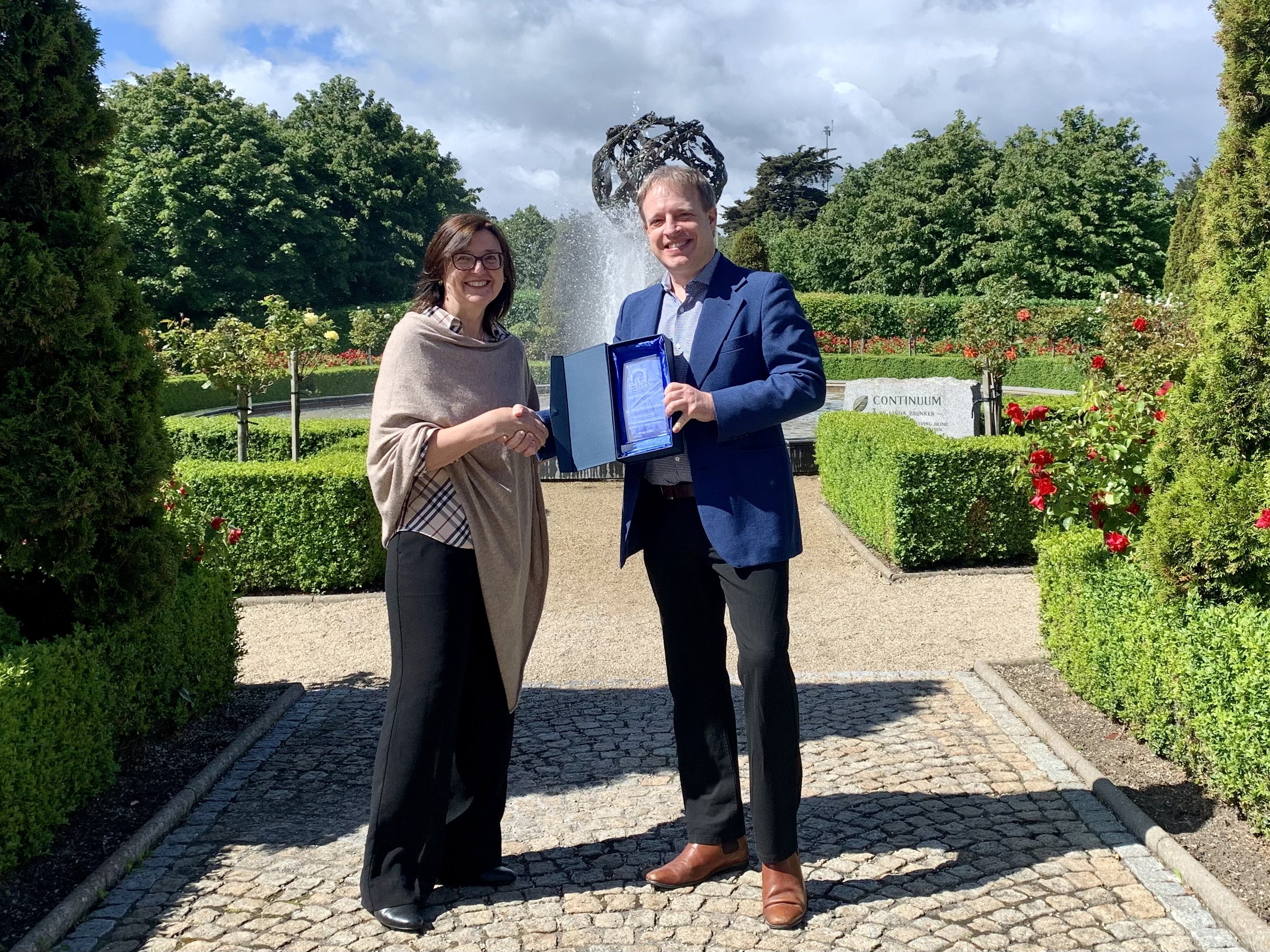 PD Dr. Martin Bujard, Deputy Director of the Federal Institute for Population Research (BiB) and Research Director of the department “Family and Fertility” at the BiB, has been awarded the European Large Families Confederation (ELFAC) Prize in the category “personality” for his commendable work on large families. Although the announcement was already made last year, the pandemic situation did not allow the award to be handed ov until this year.

On 8th June 2022, he received this award from the President of the European Large Family Confederation Maria Regina Maroncelli Florio from Italy in a ceremony in Dublin (Ireland), on occasion of the workshop on large families organized in this city.

“Dr. Bujard’s research has contributed in Germany to show the crucial role of extended families for the demographic balance. Thanks to his research, it has been recorded for the first time that 68 percent of the decline in the birth rate is due to the decrease in large families,” the president explains. “This proves that targeted interventions to support parents who want to have more children can help increase a country’s birth rate.

According to Dr. Bujard, “large families differ from other families in many ways: Their needs for housing, money, and participation in public life and infrastructure are different. Regarding issues of time and employment, large families also differ from the ‘norm of two-children’ because the rush hour of life is longer in large families. This requires specific policy measures.

Dr. Elisabeth Müller, federal chairwoman of the Verband kinderreicher Familien Deutschland e. V. (German Association of Large Families), thanks the award winner and his team for the valuable data: “Mr. Bujard is also making a significant contribution to bringing families with many children into the focus of scientific interest, because research had often completely ignored the special nature of larger households until now.” Thanks to his study, for example, it turned out that more than one in three children grows up in a large family. Bujard himself says: “The importance of large families for society is enormous. Parents with three or more children make a special contribution to the socialization and education of the next generation, and ultimately also help to secure the social systems in the long term.”

“It is therefore our greatest pleasure to award the ELFAC Awardto him, because together with his team, PD Dr. Bujard has started a new scientific movement that focuses on the interests of families with three and more children. These date ultimately also resulted in today’s Dublin Academic Seminar,” says Maroncelli Florio.