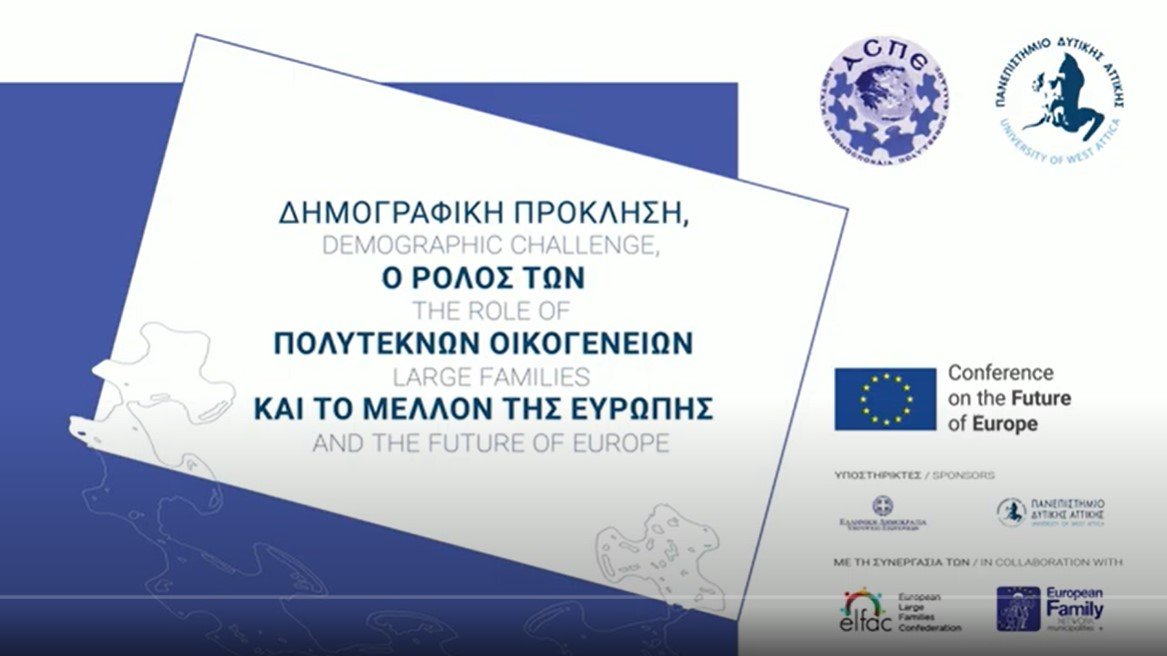 The 90th anniversary of ASPE was the occasion to hold a meeting of the Board members of ELFAC in Athens and to participate in its 11th international conference on “The Demographic Challenge: The Role of Large Families and the Future of Europe”.

The ELFAC Board meeting took place on Sunday 17th of October at the headquarters of the Greek Association of Large Families (ASPE), in which also participated its Head of International Relations, Dimitris Stamoulos, as well as Dimitra Ines-Aggeli, who is a member of the Board. Among other issues, during the meeting, the launching of the Family-Friendly Municipality Network in Greece was discussed, with five municipalities having so far applied to join the European Network.

On Monday 18, the 11th ASPE International Conference was held at the University of West Attica, in collaboration with the University’s Social Policy Research Laboratory, under the title “The role of large families in the future of Europe”. The full programme can be found here.

The opening was attended by the main civil and religious authorities of Greece. The cities of Athens, Edessa, Nea Smyrni, Glyfada and Alimos received their diplomas as new members of the European Network of Family-Friendly Municipalities. Kostas Bakoyannis, Mayor of Athens and father of four children, spoke on behalf of all of them, highlighting support for families with children, and specifically large families, as one of the main priorities of all of these municipality.

The full video of the congress can be seen below.