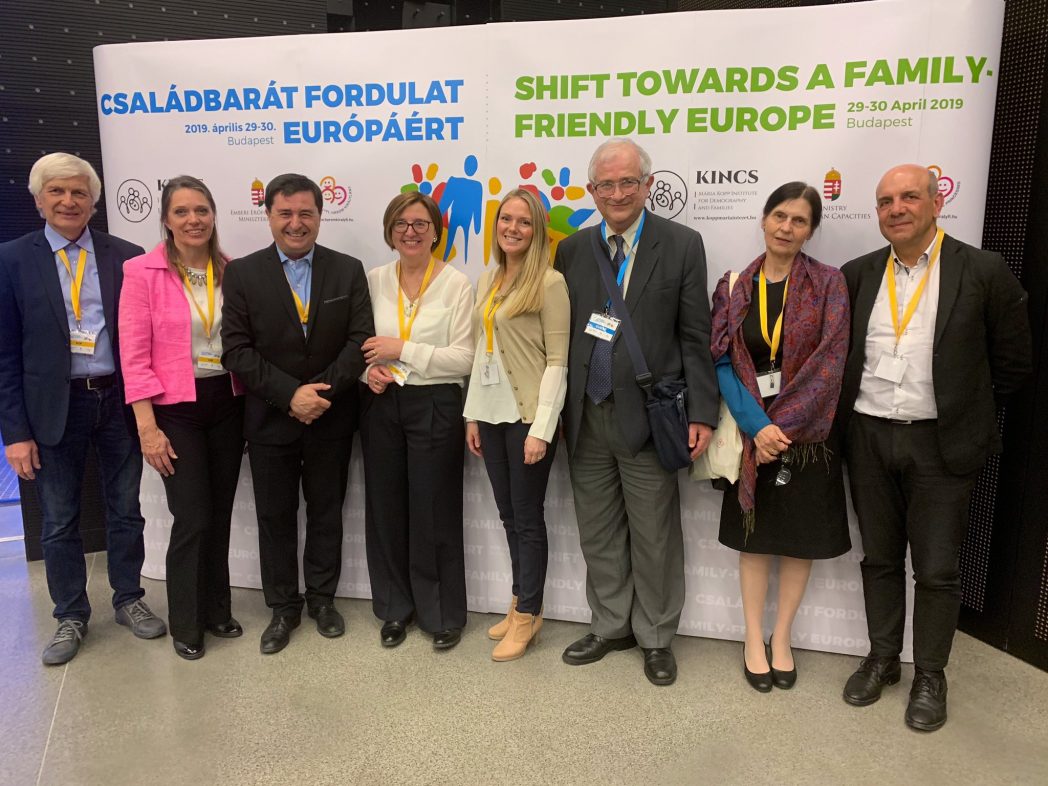 Several representatives of ELFAC participated in the International Conference “Shift Towards a Family-Friendly Europe”, which took place in Budapest on April 29 and 30, organized by the María Kopp Institute for Demography and Families and by the Tres Princes Foundation , Three Princesses.

The event was opened by Katalin Novak, minister for the family and youth of the Hungarian government, who called for long-term measures to solve the demographic winter of Europe, since only short-term measures were proposed that did not provide a stable solution. The policies that the Hungarian government has developed, with a strong public investment in the family, have achieved that last year the number of births and marriages has been the highest in the last twenty years.

At the inauguration Kazimierz Kuberski, deputy minister of family, work and social policy of the government of Poland, also intervened. He said that he shared the previous diagnosis, and that the family has also been a priority of the political action of his government.

The program of the conference included in its inauguration a presentation of the international initiatives in favor of the family. Raul Sanchez, general secretary of ELFAC, explained the two main projects in Europe: the European Large Family Card and the European Network of Family-Friendly Municipalities. Precisely in the afternoon of the first day a panel was held on the local policies of support to families, which was moderated by Kata Gyurko, president of the Hungarian association of large families, in which participated among others Leonids Mucenieks, president of the association of Latvia.

The next day one of the panels presented different organizations from civil society, one of which was ELFAC. Regina Maroncelli, its president, explained the entity and also the ‘family-friendly’ culture which it’s promoting. Joanna Krupska, president of the association of large families of Poland, talked to present the history, activities and influence of this association, born just twelve years ago and that has already had a great impact in that country.

During the lectures, there were discussions on how to bring the family-friendly culture also to the media, companies, or social life.

Photos of the Conference

Program of the Conference