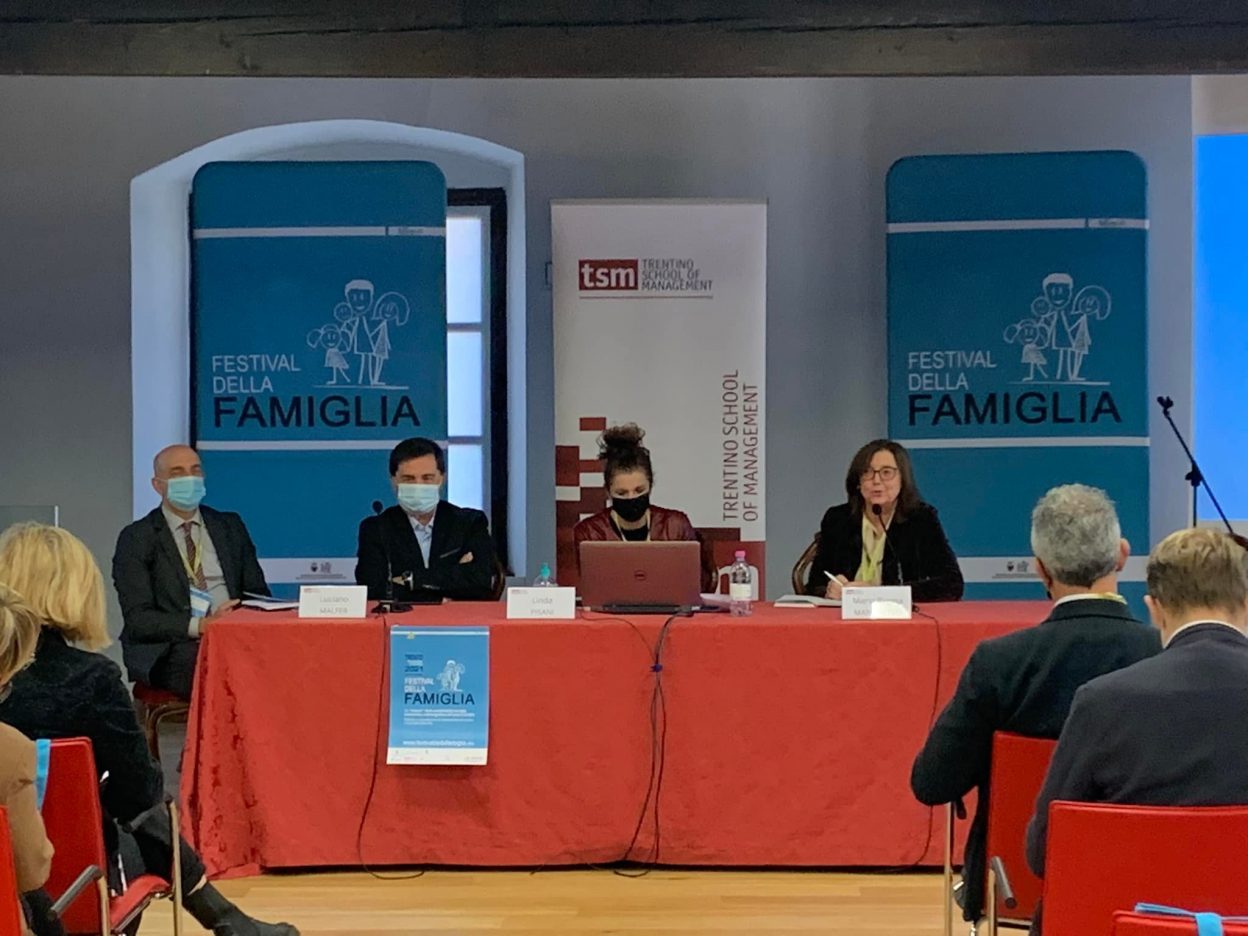 During the 10th edition of the Trento Family Festival. The delivery of diplomas took place on Friday, December 3, and was preceded by a seminar organized by tsm-Trentino School of Management.

In the speeches the president of ELFAC, Regina Maroncelli, explained the functioning of the European Network and the collaboration with the Italian and Trentino branches. Raul Sanchez, secretary general of ELFAC, presented the new website of the European Network, which is launched as its own website under the domain: familycities.eu. All the Italian municipalities that are part of the network can be seen here.

At the end of the event both ELFAC representatives delivered the diplomas to the new Italian municipalities members of the Network. Luciano Malfer, general director of the Agency for the Family of Trento, gave also a recognition to Raul Sanchez for his work at the international scope in favor of families and large families in particular.

The journalist Laura Pisani presented the book “The family from ‘cost’ to ‘resource’. 10 storytelling of family-friendly municipalities”. The volume presents an assessment of the “Family in Trentino” project by now known at national and European level.

“It is an extraordinary journey – the provincial councillor for local authorities Mattia Gottardi said at the opening, speaking with a video greeting – which has already involved 90% of the municipalities of Trentino, 113 administrations in the rest of Italy and 34 cities in six different European countries. We are truly satisfied and proud of the results achieved, which push us to continue and strengthen the path we have taken “.

Family-Friendly Municipalities are concrete examples of how social innovation can effectively identify new paths for work. In particular, they are strategic because they catalyze the attention of all the operators in the area in a system logic that brings together the policies in support of the family with those oriented towards cultural growth and economic development. We see this every day: the most competitive systems are those that manage to forge strong ties with their territorial context. And, in this context, welfare policies cannot be considered unproductive policies, but must become real social investments.

“It is a contagious process, which brings real benefits to the territory – said, opening the meeting, Mauro Ledda and Filomena Cappiello, national coordinators of the Network Family in Italy – capable of creating social cohesion and economic development”. Four experiences were recounted during a round table moderated by Linda Pisani, those of the municipalities of Trento, Primiero San martino di Castrozza, Alghero and San Benedetto Val di Sambro.

“We understood – said Mariachiara Franzoia, councillor of the Municipality of Trento – that the social policies we had put in place were no longer enough. There was a need for transversality and family-friendly services. We no longer had to work in watertight compartments. The Family project in Trentino allowed us to understand what we needed and to better target our resources “. “We realized, we who are a municipality with a strong tourist value – explained Antonella Brunet, deputy mayor of the Municipality of Primiero-San Martino di Castrozza – that improving the quality of life of families would also increase the level of attractiveness of our territory; the example is that of cycle paths”.

“Responding to the needs of the family – explained Mario Conoci, Mayor of the Municipality of Alghero – means responding to the needs of the community. The family is a subject that represents needs, but which offers us many opportunities”. “What matters is the cultural approach. Investing in the family means investing in the first cell of one’s community – underlined Alessandro Santoni, mayor of the Municipality of San Benedetto Val di Sambro – because it invests in the safety and well-being of its citizens. a generative welfare, capable of involving private individuals as well. If you invest one euro, then three will arrive “.

The vicemayor of the Polish city of Szezcin sent a video presentation of their policies to support families, as a member of the European Network of Family-Friendly Municipalities.

The Agency for the Family of Trentino presented also a new video on its family policies. You can watch it below.