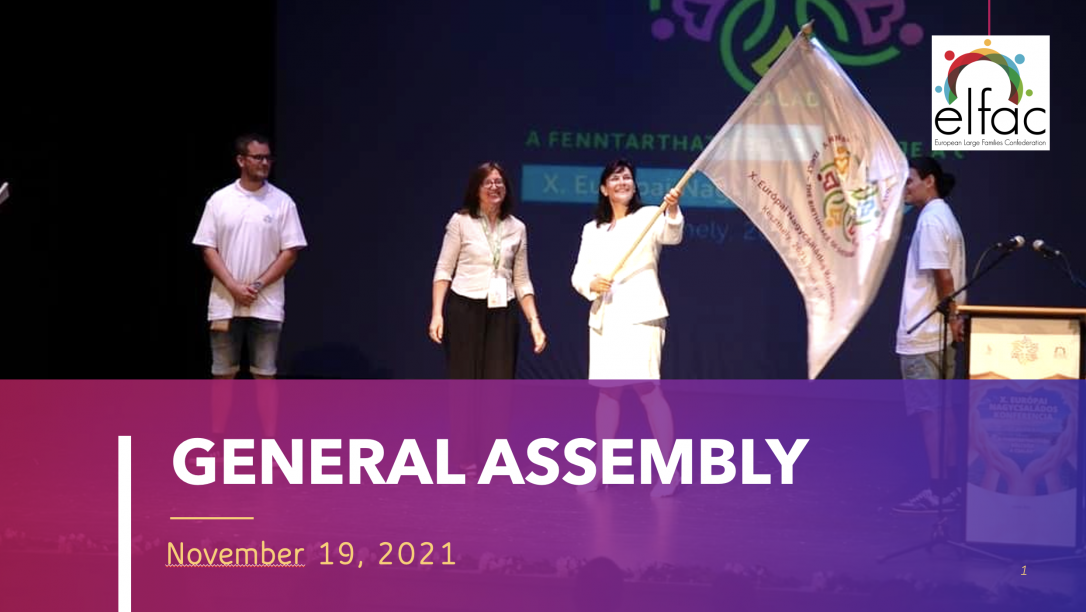 ELFAC member associations met online on Friday 19 November because of the increase in covid infections across Europe.

Representatives of member associations reviewed the activities carried out by ELFAC since the last general assembly, and still under the impact of the covid pandemic. Despite this, among the numerous actions carried out, the following were highlighted:

The activities of the European Network of Family-Friendly Municipalities were also reviewed. The Estonian association was congratulated for the organisation of the 2nd European Convention, which was a success in terms of participation despite the fact that it had to be held online. The Virtual Tours of municipalities continued, the 2nd congress was organised and a mutual recognition agreement was signed with the Italian Network. During the assembly, the new website of the European Network, under the domain familycities.eu, was also presented.

At the end of the assembly, the national associations gave a brief report of their activities, showing the wealth and variety of actions carried out throughout Europe for the benefit and support of large families.