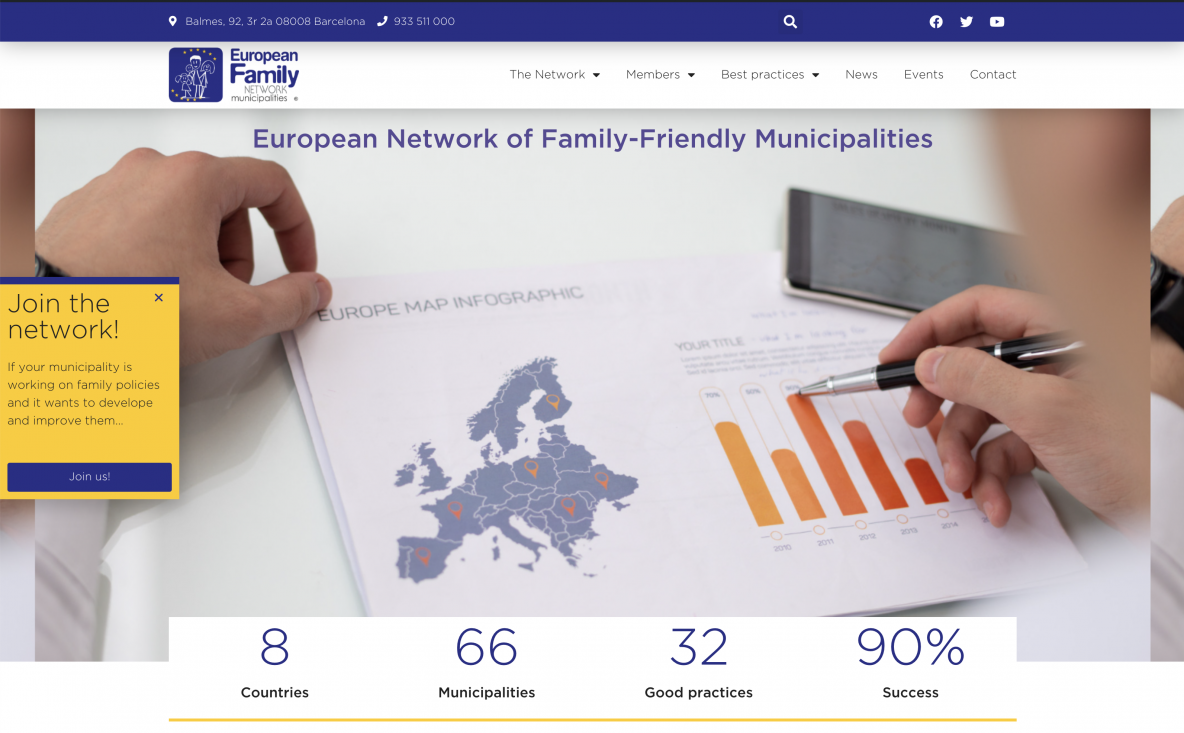 familycities.eu website becomes the meeting point for municipalities wishing to develop and improve their family policies in Europe.

The European Network initiative was launched in September 2018, at the headquarters of the European Economic and Social Committee in Brussels, as a place to exchange good practices to help improve local family-friendly policies.

The Network was born out of the European Large Families Confederation (ELFAC) to bring to a Europe-wide level the experience of the Agency for the Family of the Autonomous Province of Trento in Italy, which had long been promoting measures at local and national level to develop family-friendly environments, in collaboration with the association of large families in Italy. The Family Agency of Trento, with its leader Luciano Malfer, has since then been responsible for the technical development of the training and requirements for municipalities wishing to join the Network. In February 2020, the Observatory of Family-Responsible Municipalities, promoted by the Portuguese Association of Large Families, also joined the Network’s Executive Committee as technical advisors.

To date, 66 municipalities from eight countries are already members of the Network, two expert congresses have been organised (Brussels), two conventions of municipalities (in Brussels and Tallinn), and five study visits have been carried out (four of them in the form of Virtual Tours because of the pandemic), in the municipalities of Trento (Italy), Szczecin (Poland), Zagreb (Croatia), Todi (Italy) and Braga (Portugal).

The experience of the European Network of Family-Friendly Municipalities was cited in February 2020 as a successful example of good practice by UN Secretary-General António Guterres in Resolution 73/144, of the UN General Assembly, on the ‘Implementation of the objectives for the International Year of the Family and its follow-up processes’. it describes ELFAC’s commitment to the wellbeing of families and its role in the creation, together with the Autonomous Province of Trento, of the European Network of Family Friendly Municipalities, in order “to create a favourable cultural, social and economic environment, welcoming and attractive for families with children in Europe” – the report states – “the Network is building an alliance between civil society, municipalities and the private sector to build with European institutions and promote a holistic approach to family policies”. Through membership of the network, concludes the report, the Network promotes the introduction and maintenance of quality services and benefits for families, actions for work-life balance, encourages policies of Youth transition and promotes the exchange of good practices.