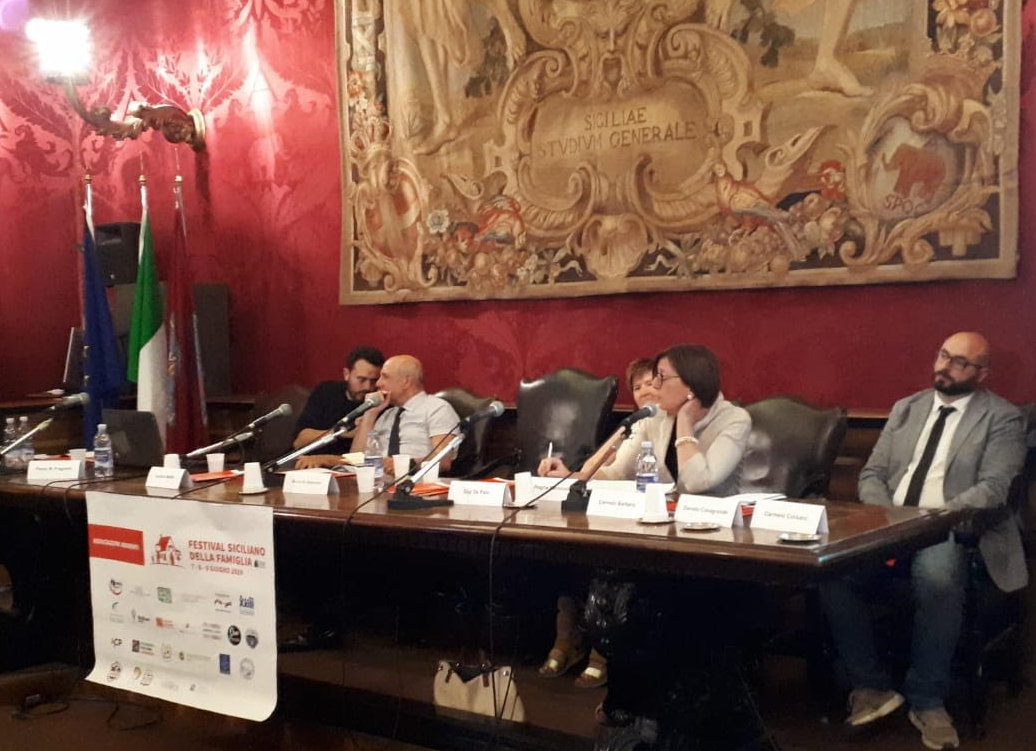 With the beautiful landscape dominated by the biggest active vulcano of Europe, the city of Catania (Sicily, Italy) hosted from the 6th to the 9th of June the second edition of the Sicilian Family Festival.

Despite the traditional role of family, Sicilian society is experiencing a deep demographic an economic crisis. In the last years almost two milion people letf Sicily: over 100.000 young highly educated persons left to emigrate abroad or to work in other parts of Italy. As a results, inner rural ares are loosing population, with very low birth rates and high rates of elderly people.

Organized by the Italian Forum of the Family associations, the Festival opened on Friday with a round table on family policies. Mrs. Maroncelli, president of ELFAC, talked about the key role of families in reaching five of the most challanging Global Goals in the 2030 agenda such as ending of poverty and violence, and the improvement of education, gender equality and employment.

“In Europe, Poland’s example of fighting poverty helpng families with children is proving how working on the wellbeing of families can lead to a social and economic development. Hungary ’s family friendly policies based on the three pilars of economical support, services and friendly attitude towards family is truly effective- said mrs. Maroncelli- as it is proved by the increase of birth rates and marriages in the country”.

“Not being able to count on the Govennament’s help – finished mrs. Maroncelli-, in Italy local administrations and family associations have established the family friendly municipalities network that now ELFAC is spreading in Europe. The family friendly revolution has begun”.