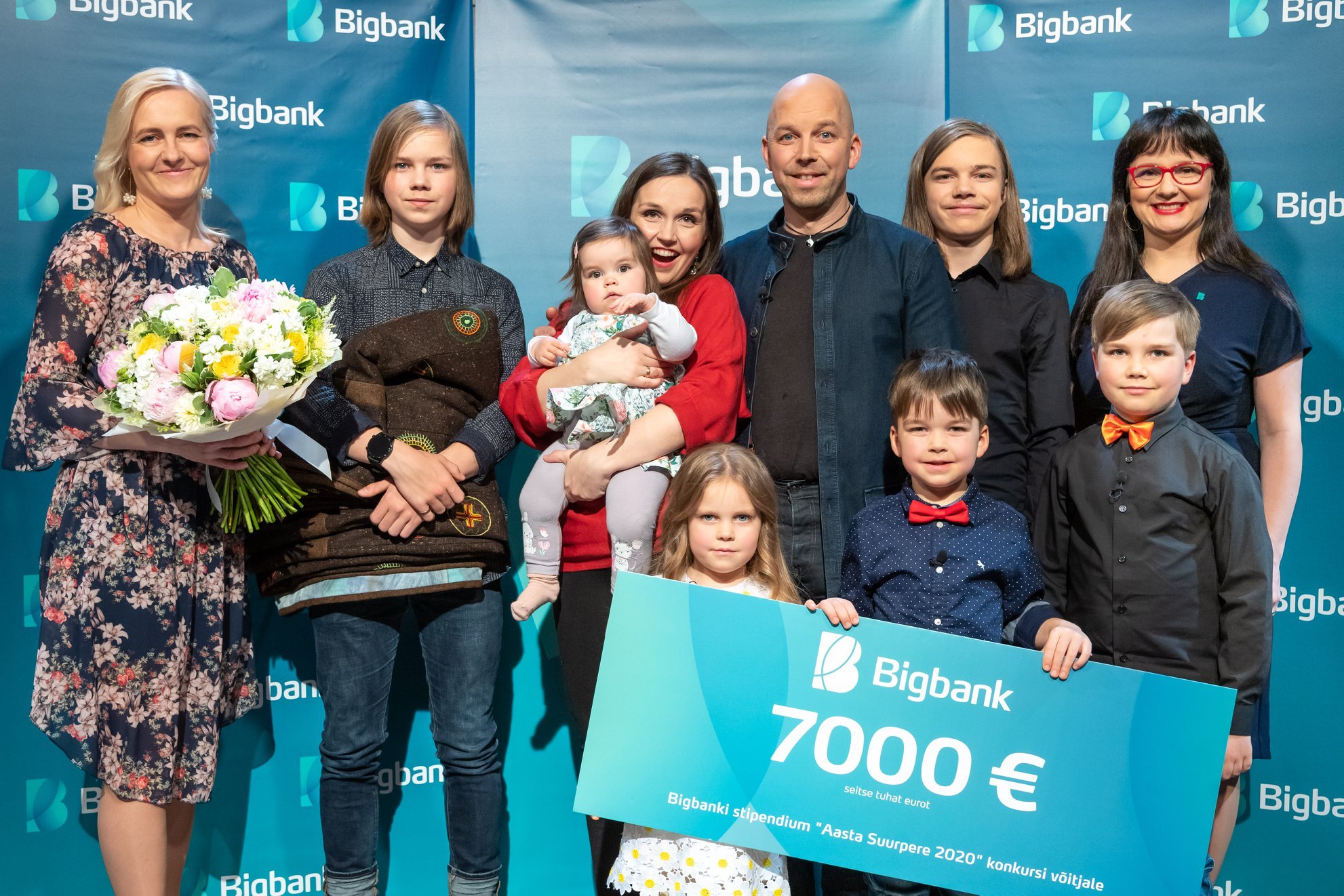 Starting today, you can apply for the Large Family of the Year competition organized by the Estonian Association of Large Families (NPO), the recognition of which is Bigbank’s 10,000-euro scholarship.

According to Aage Õunap, President of the Estonian Association of Large Families, the past year has offered families great challenges, but has given them many opportunities for family-oriented pastimes and being for each other. “Homes have become schools, kindergartens and hobby groups, and almost every parent has acquired an additional full-time job as a teacher, coach or supervisor,” said Õunap.

“Large families are smart – the forces are joined, each other is helped, and with a large sea of ​​hands, home editing can be done quickly. With the title of Large Family of the Year, we would like to thank the new family, which has managed to maintain a positive mind despite the difficult times and has also set an example for other families, ”Õunap added.

According to Jonna Pechter, the head of Bigbank Estonia, this year the scholarship was increased to a record 10,000 euros and its goal is to support children’s hobbies, offer opportunities for learning and development. “Large families have a lot of exciting ideas and we want them to come true and make our dreams come true,” Pechter said.

The Large Family competition of the year will be held for the twelfth time this year. All active and active families with four or more children are welcome to take part in the competition. Candidates for the title of Large Family of the Year can be nominated until April 19 by all people in Estonia – families themselves, large family co-workers, family members, acquaintances and friends. To do this, it is necessary to fill in the corresponding form on the website of the Estonian Association of Large Families. The Large Family of the Year will be announced on Mother’s Day, May 9.

Last year, 76 families participated in the competition, the title was won by a family of six with Alev from Võrumaa. The active family lives in a modern home built by their father Aivo in an old school building, which also houses a chocolate factory with a home café.