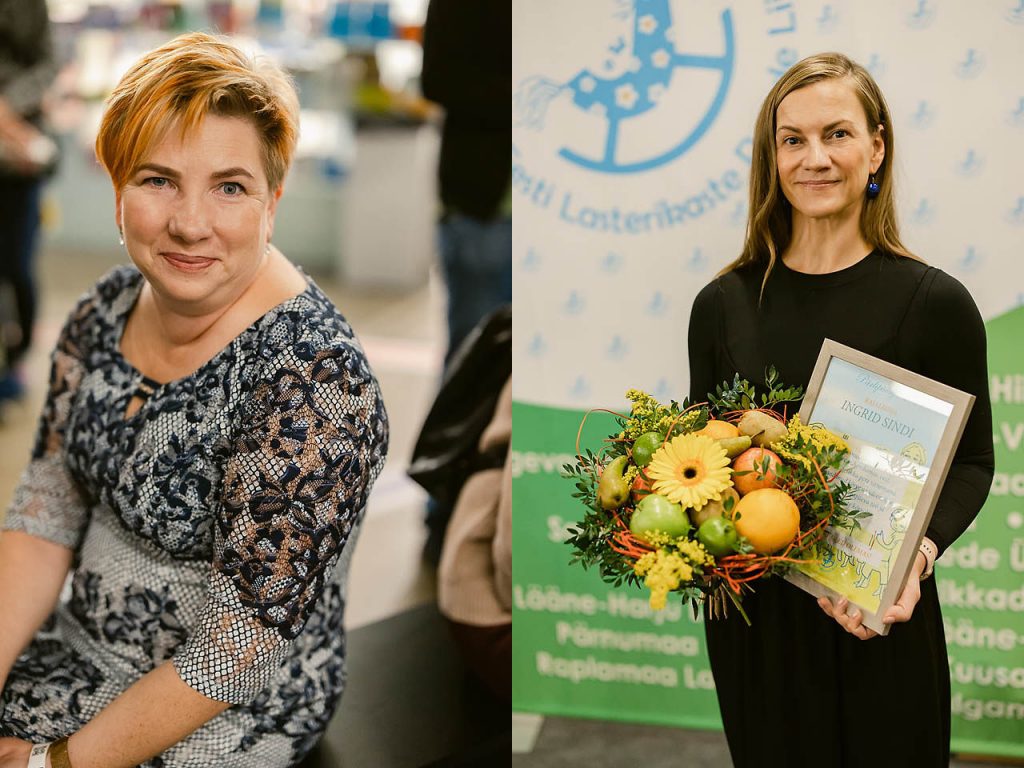 For the eighth year in a row, the Estonian Association of Large Families awarded the “Pearl Catcher” recognition award, which highlights ambitious, talented and outstanding parents of a large family. This year, the recognition award went to Svetlana Rodbaver from Tartu and Ingrid Sindi from Viljandi.

“With the Pearl Catcher Award, we recognize parents who are truly inspiring with their hard work, diligence and goodwill,” said Aage Õunap, President of the Estonian Association of Families with Many Children. “This year’s Pearl Catchers have been able to leave a deep mark on our society, have been real role models and proved that everything can be done if you want to,” Õunap added.

Recognition in the “Roadmap” category is given to a parent of a family with many children who has stood out with innovative ideas that have a long-term and viable goal. Svetlana Rodbaver, a mother of four, won the “Guide” award this year.

Svetlana is like a wolf cream eye with nine professions. It is always there, both for co-workers and for the families of the county association representing families with many children. For 12 years, he has led the charity initiative “Children to School” in Tartu County, helped to translate into Russian and reached out in unexpected moments. Svetlana has been on the board of the Tartu Family Association for five years, where she is the association’s accountant, assistant and volunteer in one person. From the autumn of this year, Svetlana will be studying as an experience counselor within the pilot project of the Estonian Association of Families with Many Children. He wants to be there for even more people in the future and to advise and help them in what he himself has emerged as a winner. Svetlana is a real gem and a guide in our network, who often goes unnoticed by bystanders,

Recognition in the “Pathfinder” category is given to a parent of a family with many children who has obtained an academic degree in either bachelor’s, master’s or doctoral studies as a parent of a family with many children. The “Pathfinder” award went to Ingrid Sindi, a mother of four, whose soul and heart have been beating in rhythm with the children living in the foster home for years. He has contributed to the management of Viiratsi Children’s Home for many years, has been associated with the Viljandi Children’s Aid and Social Center and the Estonian Association of SOS Children’s Villages, fulfilling the role of adviser on children’s rights as well as the head of SOS Põltsamaa Children’s Village. Since 2018, he has been a lecturer at Tallinn University.

This year has been significant in Ingrid’s life, she defended her doctoral dissertation as a doctoral student at the Institute of Social Sciences of Tallinn University on the topic “Discursive Practices of Institutional Substitute Care for Children: Ethnographic-Based Research Experience in SOS Estonian Children’s Village”. The well-being and development of children separated from their families of birth as subjects has been a major challenge for researchers, policy makers and practitioners in substitution care. Following the internationally recognized framework of children’s rights and well-being and the theories and concepts of the sociology of the new childhood, the doctoral research focused on the study of discursive practices during the reorganization of substitute care in SOS Estonian Children’s Village.

The previous winners of the “Pearl Catcher” recognition award can be found HERE .