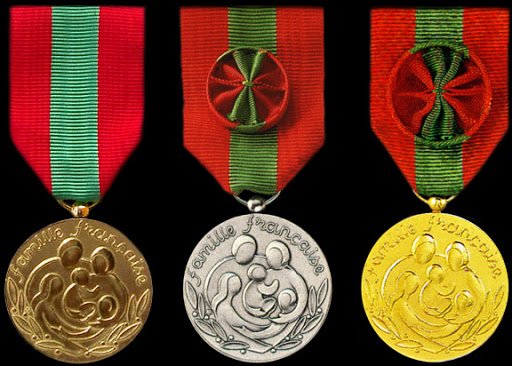 In his report to the President of Franch Republic accompanying the decree creating the French Family Medal, Jules-Louis Breton, Minister of Hygiene, Assistance and Social Security in 1920 and 1921, presents the meaning given to French Family Medal:

“We insist on this point that to deserve this reward, it is not enough to bring children into the world, it is also necessary to know how to bring them up and to strive at all times by advice and by example to inculcate in them a healthy moral education… The testimony of merit and esteem that we have in view can only be applied to deserving families and esteemed as such by their fellow-citizens”, it is therefore not a question of making a natalist policy, it is above all a question of human value that is at stake.

In 2020, the large family model remains a strong aspiration in France: 37.5% of people over 15 years of age surveyed wants to have 3 or more children.

Large family today is: a trust sign in life, a school of solidarity and self-sacrifice, a place to share both joys and sorrows. In France, 75.2% of the 13.7 millions under-age children live permanently with both parents. (Source: UNAF)