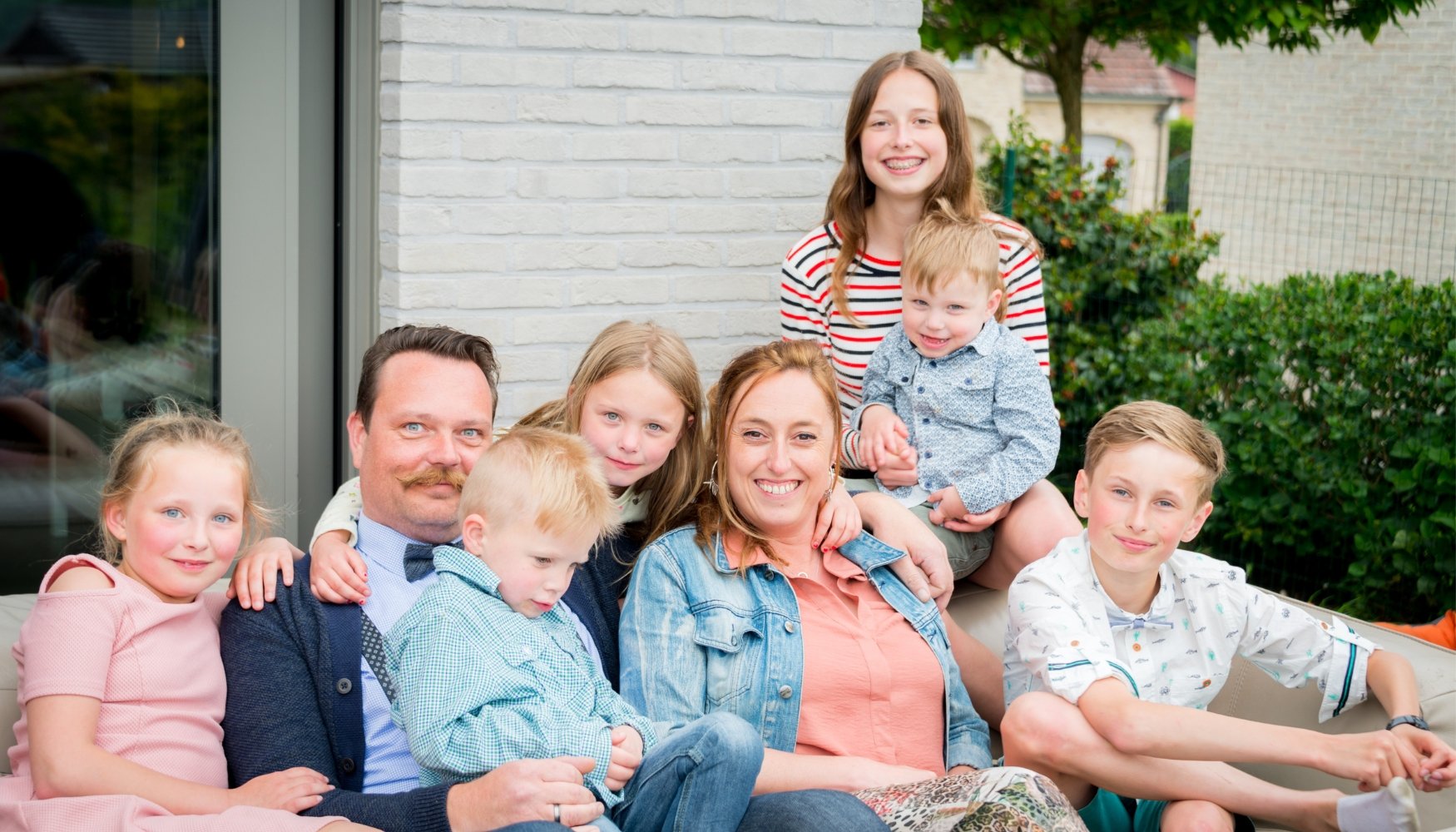 These large tribes, with three or more children, represent 21% of French families.

Despite the decline in the birth rate, large families remain a “massive and lasting phenomenon” in France, says Marie-Andrée Blanc, president of the National Union of Family Associations (Unaf).

In 2020, they were 1.7 million and represented 21% of families with children under 25, according to INSEE, which defines a large family from three children. Their weight “demographic is considerable”notes the Unaf, since they concentrate a third of the children (33.1%).

However, it varies according to siblings. Families with three children are the most numerous and their proportion has remained fairly stable for forty years. They were 15.6% in 1975 and 13.7% in 2015, according to Unaf’s 2019 Family Observatory. From four children, on the other hand, their share decreases. They represented 12.2% of families in 1975, against 4.5% forty years later.

The great tribes are therefore more numerous than one might think. And no longer correspond to the “clichés” of yesteryear, illustrated by the Le Quesnoys, bourgeois Catholics, and the Groseilles, working-class families, in the famous film by Étienne Chatiliez. Life is a long calm river. “Today, they are diverse, emphasizes Laure Mondet, in charge of the large family card project at Unaf. 13% are single parents and one in six is ​​a blended family.“

Socio-economic profiles are also varied. “There are large families in all social categories“, continues Laure Mondet. “On the other hand, there are territories that remain culturally attached to this family model, such as the North and West of France, or overseas.“

Why do you want to start a large family? The desire to see the development “solidarity between children” is preponderant: this criterion comes to 67% among graduates (bac + 5) and 49% among non-graduates, according to Unaf. Personal fulfillment is the second most cited aspiration. The desire to maintain the name and guarantee descendants, on the other hand, is not a priority, but it remains more present among the less qualified. The ethical or religious conception has also become a minority, even if it is more important among large families than the others: 12% against 7% for parents of two children.

Although the majority of them express a feeling of satisfaction, 62% of the large families surveyed consider their image to be negative, assimilated, according to them, to that of “people who profit” or of “people who live on allowances instead of going to work”. For Pascale Morinière, president of the National Confederation of Catholic Family Associations (AFC), the image would have deteriorated further with ecological awareness. “For two or three years, we have heard a lot of people say that large families are polluting families”, she notes.

Added to this feeling of being out of step with society are “increased difficulties”: 62% of parents find that raising a large family is more difficult than before, according to Unaf. “They suffer more than others from a drop in standard of living due to the monetary cost, but also the cost in time, of additional children”, writes Marie-Andrée Blanc. “Large families are often poor, but we don’t say it enough,”, adds Pascale Morinière, who points “the unraveling of family policy under the qquinquennium of François Hollande”.

An ideal for many French people

Despite these difficulties, large families ” represent a personal ideal for a large proportion of the population”., observes Marie-Andrée Blanc. According to a Kantar study for Unaf in 2020, the French wanted or would have wanted to have 2.39 children (a stable figure since 2011), while the fertility rate was only 1.8 children.