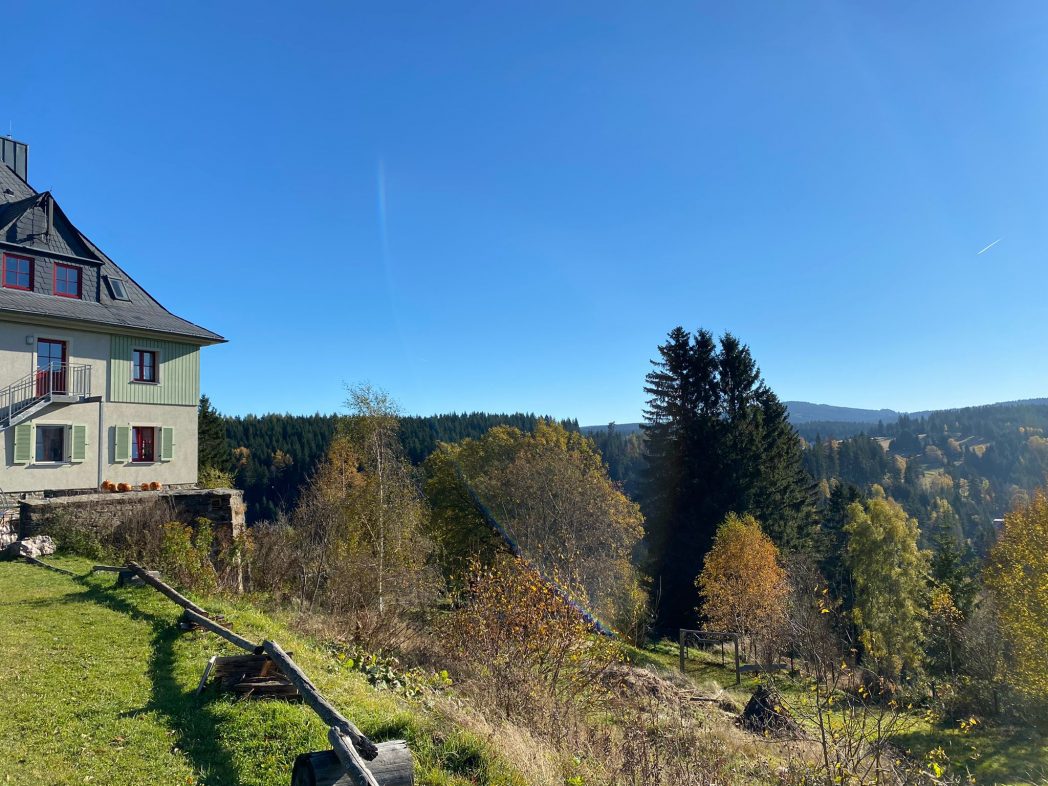 A special offer during the German fall vacations was aimed at families with disabled children. It showed how inclusion can work. This is also thanks to the excellent program compilation by German Large Families Association KRFD’s project manager Annika Kröller.

The Corona numbers allowed us to have a seven-day family retreat during the fall vacations. In the Ore Mountains which are in Eastern Germany, close to the Czech Republic, 10 families with children who have disabilities were able to spend a week together and relax.

The project leader Annika Kröller has put together various activities to realize a great program. An alpaca hike and a visit to the petting zoo were extremely popular with the children. The most fantastic surprise, however, was that the group had an entire swimming pool booked for themselves for one morning. “That was the highlight,“ the project manager thinks, “because many indoor pools are still closed due to Corona.“ But also making autumn decorations, doing sports, having one’s soul blown, and enjoying good conversations among like-minded people who are facing the same challenges in everyday life were stimulating and enriching.

Many parents also enjoyed being cooked for and not having to do household for some days. Take a breath. Recharge one’s batteries – all families agreed on that. “It was a great atmosphere and the excursions were geared to the children’s disabilities. There was something for everyone. The inclusion of people with disabilities and without is an important issue that our association wants to support and promote,“ Kröller summarizes. She is thankful that everything worked out well. Even a flat tire in the wheelchair of a three-year-old boy did not dampen the good mood. It could, fortunately, be repaired quickly.

Children of different ages enjoyed hollowing out pumpkins, carving faces and grimaces into them, eating delicious pumpkin soup for dinner, and eventually going on a spooky hike with homemade lanterns. Their parents ended the day with a mulled wine (or punch) under the wide tent of the starry sky.

The gratitude and feedback the association has received speak for itself. A mother wrote: “The most overwhelming thing about this week was […] how positively my son with Angelman-syndrome was received, whether by adults or children. Everyone talked and joked with him. He was allowed to be who he is, and to participate. All excursions were accessible by wheelchair. He was so enthusiastic the entire week. He was so happy to participate.“ “It was great to see him like this,“ agrees Kröller. The children and parents were able to spend a happy time in the Ore Mountains and hope to come back whenever possible.