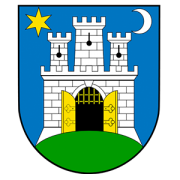 REGISTRATION NUMBER IN THE NETWORK: 03/19 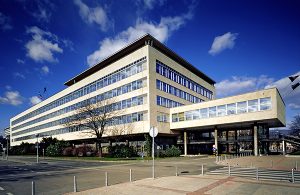 Written documents first mention Zagreb in 1094, with finding of Diocese. In 1242, Zagreb (then Gradec) was proclaimed Free Town of the Kingdom by the Golden Bull of Croatian-Hungarian King Bela IV. In 1557, Zagreb was for the first time mentioned as the capital. In 1669, Jesuits find first Academy. The year is taken as the year of establishment of the University of Zagreb. In 1776, Croatian Government moves from Varaždin to Zagreb.

On June 25, 1991, Croatian Parliament proclaims independence and sovereignty of the Republic of Croatia. Zagreb becomes the capital.City Administration

City Administration bodies: – the City Assembly as representative body– the Mayor as executive bodyMembers of the City Assembly are elected on direct elections.Mayor and his two deputies are elected on direct elections.Organization of city administrative bodies is composed of 22 City Offices, 1 City Bureau and 2 City Services. They are responsible to the Mayor and to the City Government.Local self-government is organized in 17 City Districts represented by City Districts Councils. Residents of districts elect members of Councils. On another level, in the post, was established in 218 local councils.City districts and local boards are legal entities.

UniversityUniversity of Zagreb is the oldest in Croatia and one of the oldest in Europe. It was founded in 1669 Till present more than 200,000 students have graduated, more than 18 000 took Master’s Degree, more than 8,000 took Doctor’s Degree.Scientific – teaching – art work is performed at 28 faculties, 3 art academies, expert Teacher Academy and on Croatian Studies.Scientific InstitutionsThere are 22 institutes in areas of social and natural sciences.Zagreb is the seat of HAZU – Croatian Academy of Sciences and Art.Culture