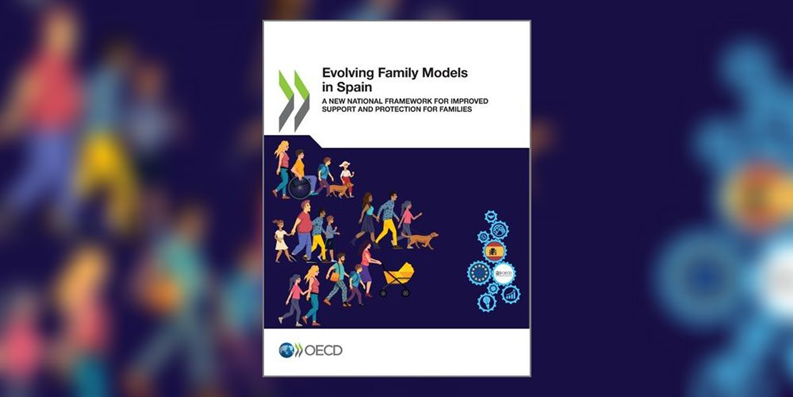 Spain must improve its family policies and allocate more resources to social policies aimed at families and children. This is the main conclusion reached by the OECD in its study on this issue, which coincides with some of the issues that socio-family organisations, including the Spanish Federation of Large Families (FEFN), have been denouncing for years.

The OECD study, carried out at the request of the Ministry of Social Rights and Agenda 2030, includes a diagnosis of the situation in Spain and 40 recommendations, which the Ministry will follow as a roadmap within the draft Family Law to be approved in 2022.

The OECD has been forceful in stating that Spain must rethink family policies and allocate more resources, as it currently invests much less than the average of European Union countries, specifically, it allocates only 1.3% of its GDP compared to an average of 2.3% in the Union and 2.2% in the Eurozone.

The international organisation also confirms that Spain ranks third in terms of child poverty, which affects 19% of children, compared to the OECD average of 12.9%, which makes it necessary to strengthen family policy by focusing on the welfare of children.

Among the recommendations of the international organisation is the creation of a universal child benefit, one of the FEFN’s historical demands, which already exists in many European countries, as a measure to support all families and to guarantee equal opportunities for all children, regardless of the economic situation of the family into which they were born.