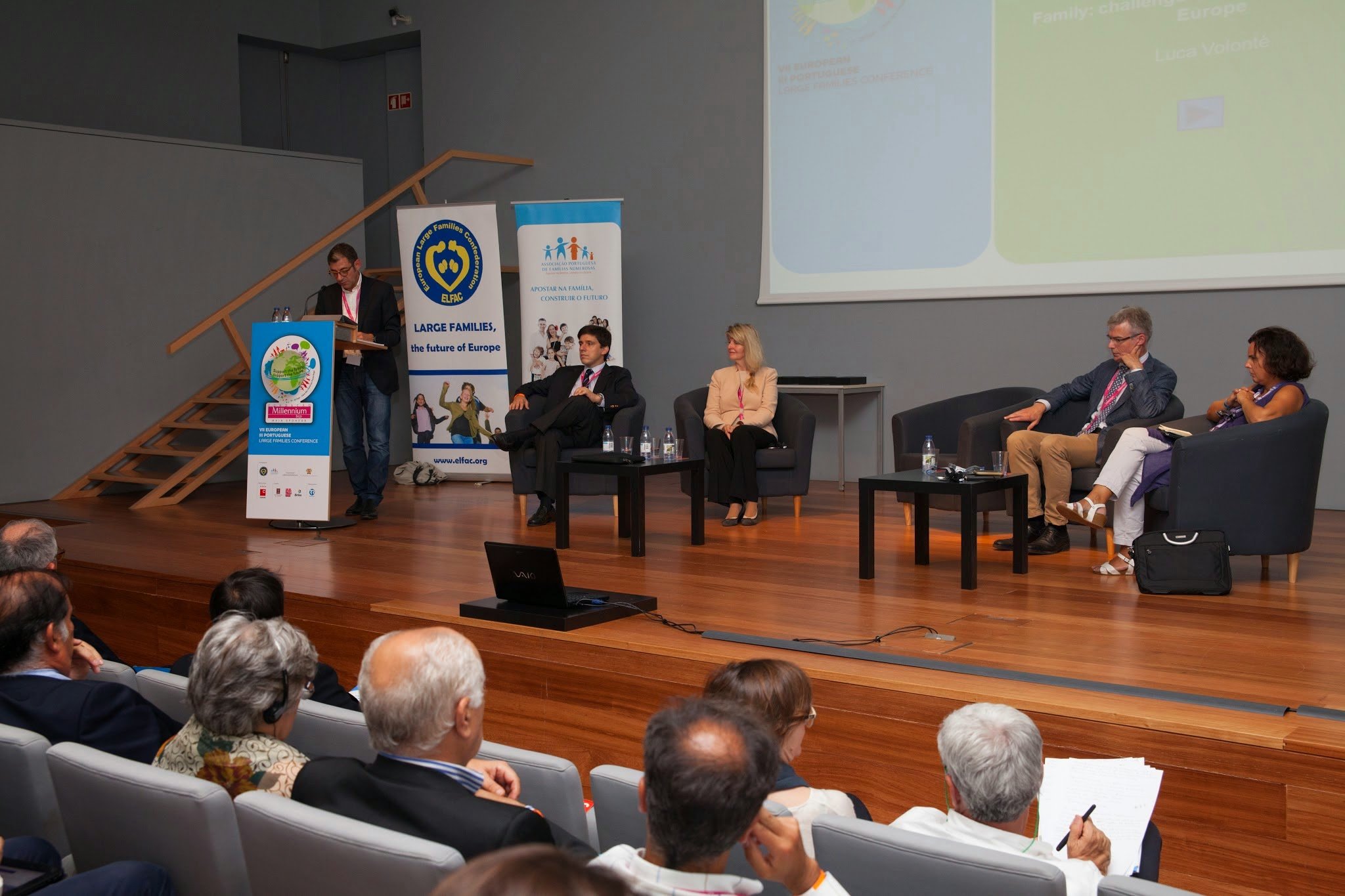 During the Congress, ELFAC recognized those who presented outstanding work in favour of large families. The awardees of the ELFAC Prize are: Fernando and Leonor Castro, the Government of Hungary (for Erzsébet Program), Municipality of Alcorcón (for the program especially focused on large families), the magazine Famiglia Cristiana (for treating about large families issues), the company – Procter&Gamble (for the support to large families in Spain).

Portugal is the tail-end of Europe not only in the birth rate of 1,2 children per woman (far from the 2,1 needed for the replacement of generations), but also on state transfers to households, with 1,5% of GDP comparing to 2,3% of the European average.

This scenario led to a current deficit of one million and 400 thousand children, a difficult situation affecting on a sustainability of the Portuguese social model and social cohesion itself.

Presented at the VII European Congress of Large Families, these are the main conclusions of a study that is conducted by the Research Office of APFN, based on a broad and comparative analysis of 15 European countries.

On behalf of the Prime Minister, Secretary of State – Pedro Lomba – recognized “infernos” that households have to deal with, including primary issues such as finding a kindergarten for their children. He also stated that the government launched a national strategy in favour of natality as a corollary of liberty and social justice, promising: “the government will now take concrete measures basing on your work and presented conclusions”.

Clara Geymard, President of General Electric in France and at the same time mother of nine children, said: “what is important is to make the future possible”, emphasizing that in her case the possibility of being both a mother and a professional were possible because of French policies, supportive for families, especially large ones.

Demography researcher at Stockholm University, Livia Oláh, presented various models of social organization of Europe, demonstrating that in case of family matters, Nordic countries and France are those who objectively managed to maintain balanced patterns of birth and cohesion. These countries significantly invest in family policies as a whole – birth, reconciliation, taxation, family allowance, infrastructure, etc. Moreover, she explained the FamiliesAndSocieties project, underlining it’s importance in the modern societies.

Martin Werding, economist and adviser to the German government on family issues, stressed the urgent need to take into account that each child represents a crucial investment for the economical return and social input for a global sustainability of societies.

Photos from the conference

Photos and information of the awards

Photos from the General Assembly