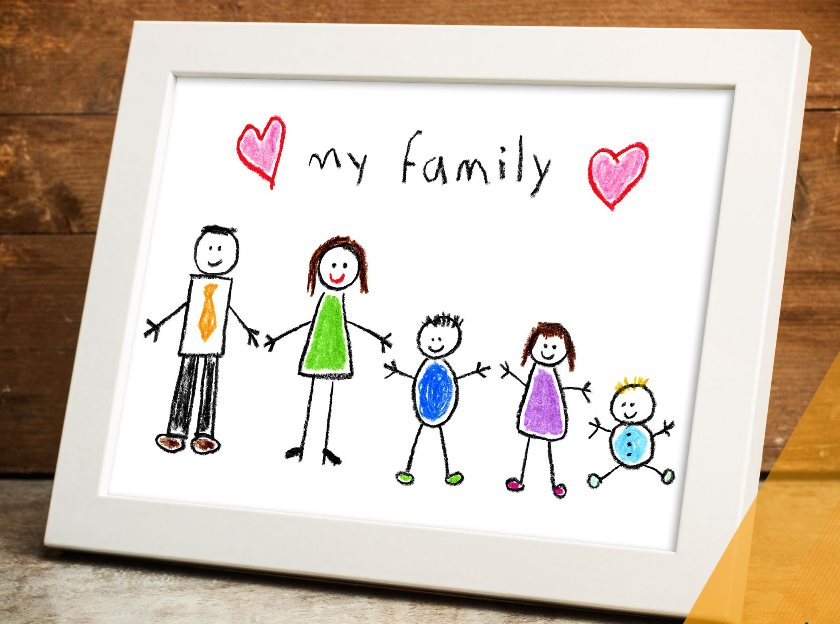 Mönchengladbach / Berlin: “The current family policy underestimates the importance of families with many children for demographic development and fails to recognize the needs of 893,000 families with three or more underage children who currently exist in Germany,” summarizes Dr. Elisabeth Müller, Federal Chairman of the Large Families Association in Germany, the study “Three Children and More – Families from the Centre of Society” currently published by the Konrad Adenauer Foundation. The study was prepared by the Federal Institute for Population Research (BiB) under the direction of Research Director Dr. Martin Bujard and was presented in Berlin on Wednesday, 26th June 2019. According to the study, the proportion of women with a large number of children and medium and higher education is growing. Already in the cohorts born between 1965 and 1969, the proportion of women with a medium or high degree was 73 percent. The conclusion was equally clear when looking at the fathers. Almost every third father with a large number of children has a high level of educational attainment. “Large Families come from the middle of society,” says Müller. “To stigmatise them as precarious or to label them as outdated models of life will not do justice either to their performance or to their social weight,” says Müller.

The study comes to the conclusion that politics must focus on the families of the middle class if it wants to make policies for large families. “Parents of more than three children do not stumble into their life plans, but want a large family and enjoy living the responsibility,” says Müller. The study shows that “abundance of children can be attractive for many younger middle-class couples” and that a policy for families with many children needs to be geared more closely to the needs of the middle class. “So far, however, improving the living conditions of large families has not had the political significance that would be commensurate with their great social importance,” the authors write. As a political consequence, there must be a clear appreciation of the services provided by large families. Family policy measures should not be narrowed down to poverty, but should cover the entire spectrum of the family situation. Especially for large families a “harmony of time, money and infrastructure policy” must be worked on. “For us, the study confirms what we know from years of work for large families: Diversity, passion and the feeling that they always have to justify themselves” summarises Müller.

“Especially for large families a “harmony of time, money and infrastructure policy” must be worked on”.

Bujard and his research team cite cultural reasons as reasons for the decline in the number of large families, in addition to the later founding of a family and the balance between family and work. A two-child norm had been established through advertising, media and children’s books. In addition, the guiding principle of “responsible parenthood” led to an enormous self-claim on the part of parents, who took away the courage of many to have a larger family.

In 2016, 33 percent of ten-year-old children grew up in households with two or more siblings. “The educational achievement of parents in large families represents an enormous contribution to the future of our society, which is not reflected in the gross national product of our country as an achievement,” says Müller, pointing out that “this achievement is accompanied by disproportionate burdens in excise taxes, low recognition in pension calculations and difficult conditions in the search for housing and the reconcilitiation between work and family life”.