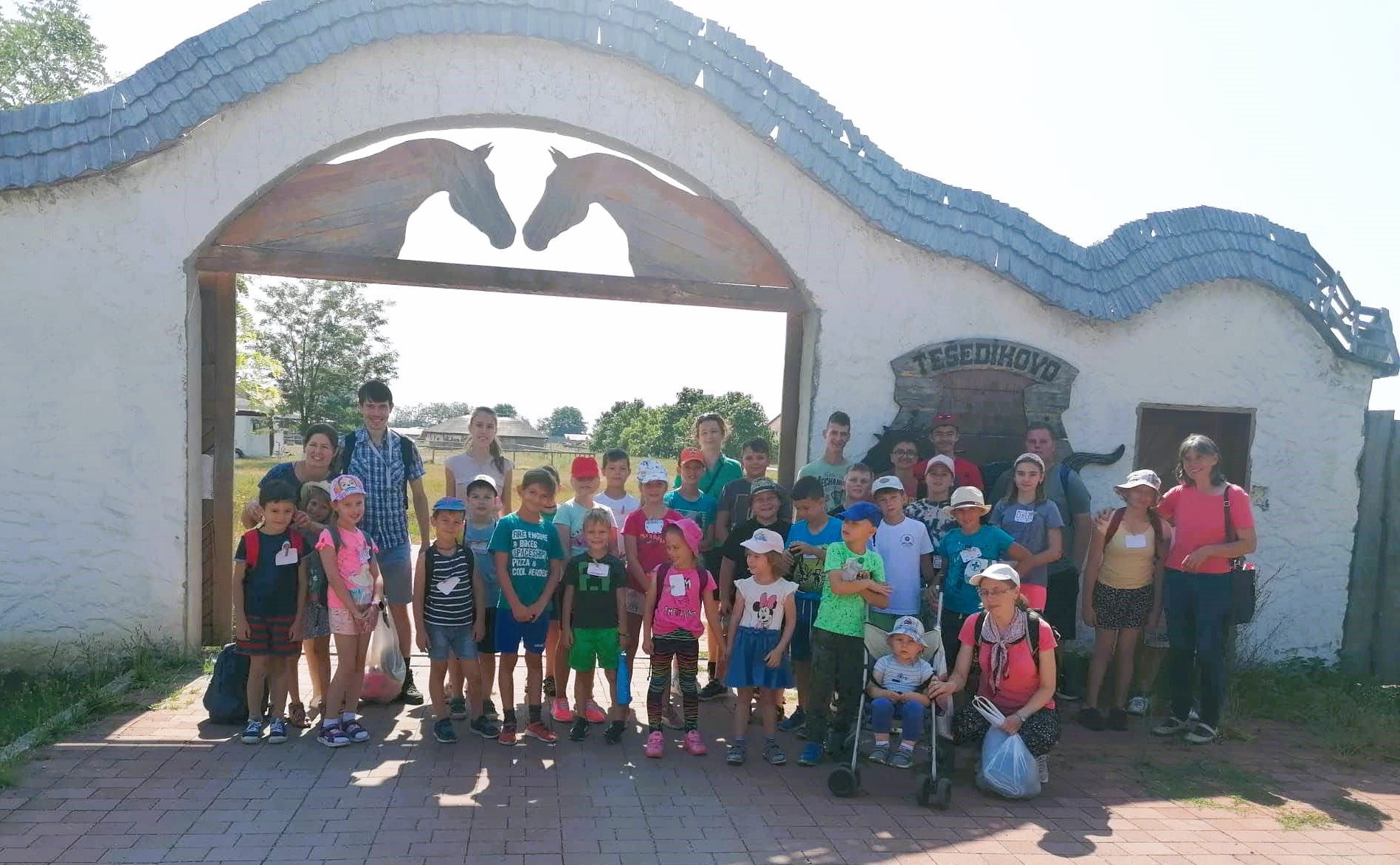 By Laura Jánoska, member of the organising committee

The summer camp was organised by Large Family Association of Mátyusföld on 27-29 July 2022 in Pered. The camp was hosted by the association’s newly built house and the Roman Catholic parish of Pered.“I establish my covenant with you” (Gen 9:9), said the Lord to Noah after the waters of the great flood, so this was the short Bible verse what we chose as the motto of the camp. Although the camp lasted only three days, there were many programs included: icebreaker and team building activities, handicrafts programs, singing together, sporting activities, riding a horse, playful history and religious lessons, participation in the Holy Masses, and we went on a hike to Zobor mountain and also made a pilgrimage to the Calvary of Nyitra where we prayed the Stations of the Cross.

At the end of the camp we presented a stage play on the courtyard of association’s house at the end of which we were rewarded with a huge round of applause.

After the waters of the great flood the God placed a rainbow on the Earth. Since then, the rainbow has symbolized the covenant between God and Man. A rainbow is made of many colors, just like us, we are also different people but the many colors become a rainbow only if the colors are closely placed next to each other and held together. We human beings can only fulfill God’s will and develop our own abilities if we work together. This camp was the fruit of the cooperation of our families and friends, in which we ourselves as adults, were also enriched.