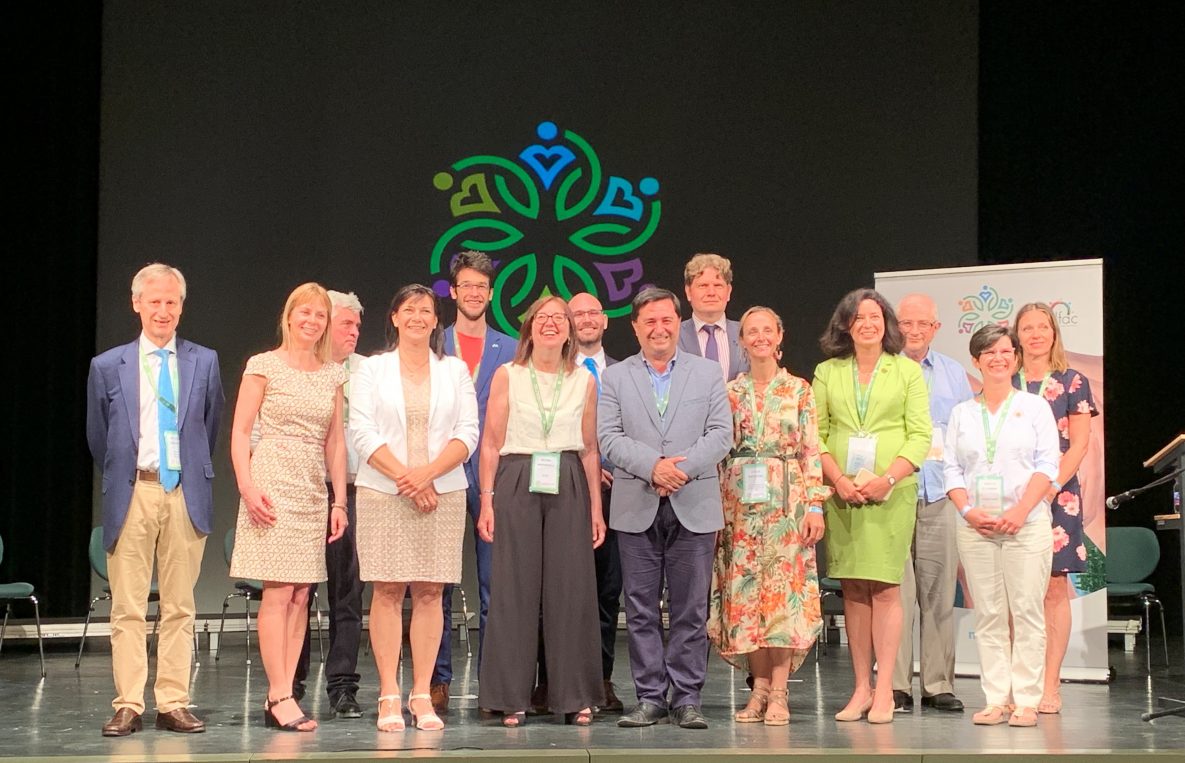 The 10th European Large Families Congress took place in the beautiful city of Keszthely (Hungary), on the shores of Lake Balaton, on 9 and 10 July 2021, under the motto “Family, the birthplace of sustainability”.

At the opening, ELFAC President Regina Maroncelli handed over the flag of the congress (the last one was held in Szczecin, Poland, in 2018) to Kata Gyurko, President of NOE, the host association of the 10th Congress, which has relied on a great team of professionals and young volunteers for its organisation.

On the first day, the speakers focused more on demographic issues and their impact, as well as public policies, while on the second day the focus was more on environmental issues in relation to large families. The programme and the different speakers can be seen here.

On the second day of the congress, the ELFAC 2021 awards were announced and were as follows:

The NOE association, for its part, presented the Loyalty Award to the Benyus Family, an orchestra and choir where all participants are descendants (children, grandchildren and great-grandchildren) of the founders. The Benyus family was a finalist in the ELFAC European Large Family of the Year 2020 award. The Benyus family entertained with their music on the second day of the congress, while on the first day a family of parents and children performed traditional Hungarian dances. And the Hungarian government presented its international “Pro Familis” award to Ignacio Socías, director of communication and international relations of the International Federation for Family Development (IFFD) and its national award goes to Joo Kinga, vicep-president of NOE.

On Friday 9, ELFAC organised a side event entitled “Effective family policy families in Europe”, in which experts from seven countries presented the best practices that are obtaining the best results, with the aim of moving towards a more “family-friendly” Europe. For its part, the international organisation IFFD organised another panel with young Europeans on “Family megatrends in the future of Europe”.

The Maria Kopp Institute for Demography and Families KINCS presented during the congress the results of the survey entitled ‘The Environmental Attitude of Large Families in Europe and Hungary’, carried out together with ELFAC among families from eleven European countries. Among the conclusions were that: “Those who raise more children are more responsible towards the future generation, so families are a guarantee of the preservation of our natural values. Families are building a livable future, it is important for families to allow their children to grow up in a healthy environment, in as much harmony with nature as possible, and to see the values offered by nature that their parents have seen”.

The families attending were able to participate with their children in a multitude of activities parallel to the congress, such as concerts, cultural visits, craft workshops, etc.