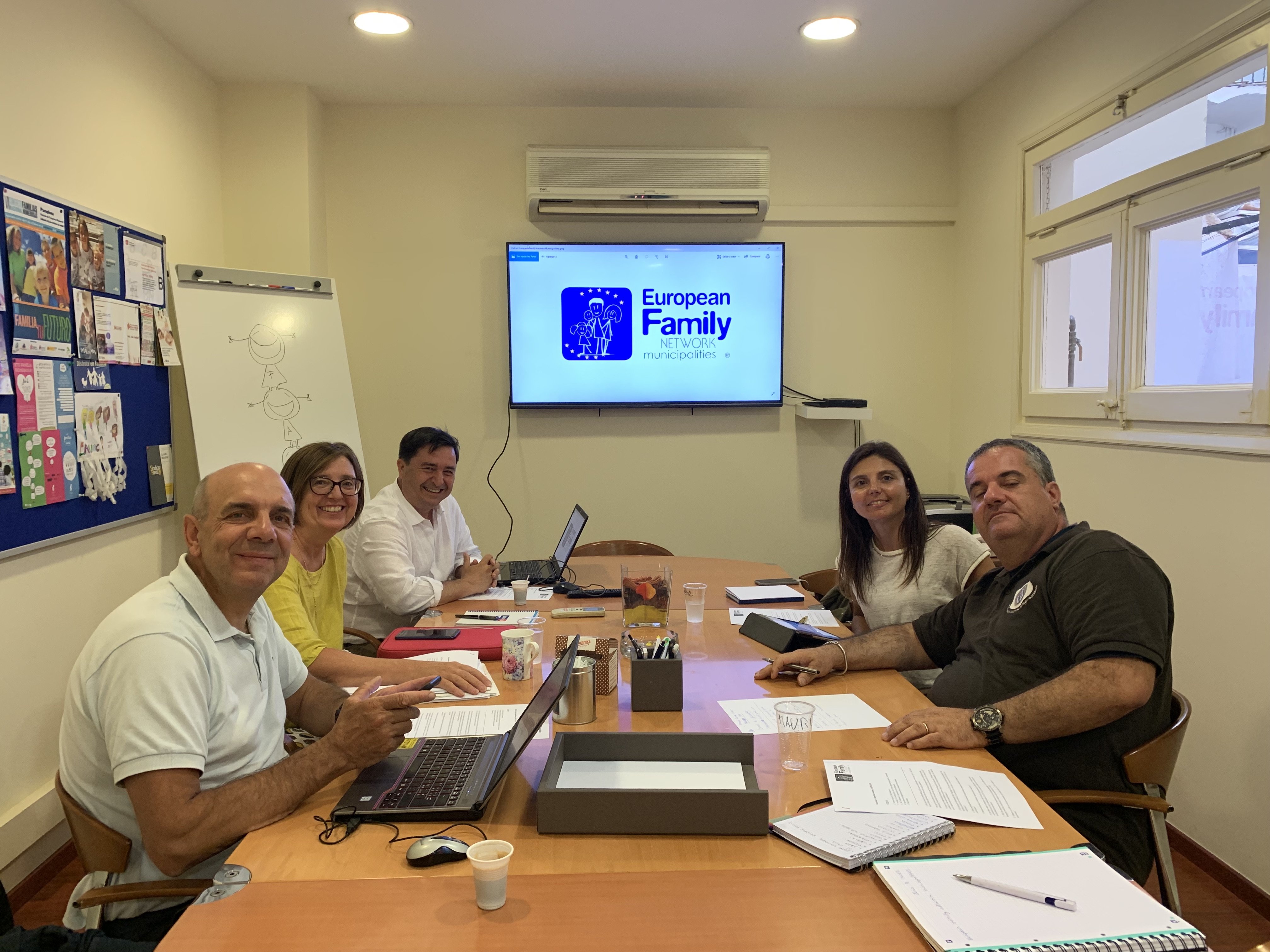 The meeting of the Network Committee took place on Tuesday 9th., July, at the headquarters of ELFAC in Barcelona. The president and the secretary general of ELFAC, Regina Maroncelli and Raul Sanchez, atended the Committee together with Luciano Malfer, promoter of the family-friendly certification in Trentino (Italy), Isabel Paula Santos, from the Portuguese Observatory of Family-Friendly Municipalities, and Mauro Ledda, from the Italian Network of Family-Friendly Municipalities.

During the second half of the meeting the members of the Executive Committee met by skype three representatives of the Polish Large Families Association “Trzy Plus”: Joanna Krupska, president; Radoslaw Waszkiewicz, member of the board; and Aleksandra Januszewicz, coordinator of the Polish Network of Family-Friendly Municipalities. Poland is one of the countries where the Network is growing faster and where many municipalities are interested to improve their family policies. In two weeks mayors and representatives of the city council from the main Polish municipalities will attend a meeting about family-friendly policies organized by “Trzy Plus” at the Parliament of Poland.

The members of the Committee approved the next steps of the Network for the second half of the year, as organizing its First European Convention, to start with the dissemination of good practices and the newsletter, defining better the process for municipalities to apply and be recognized as members, and to set up national networks in the countries where ELFAC members are present.