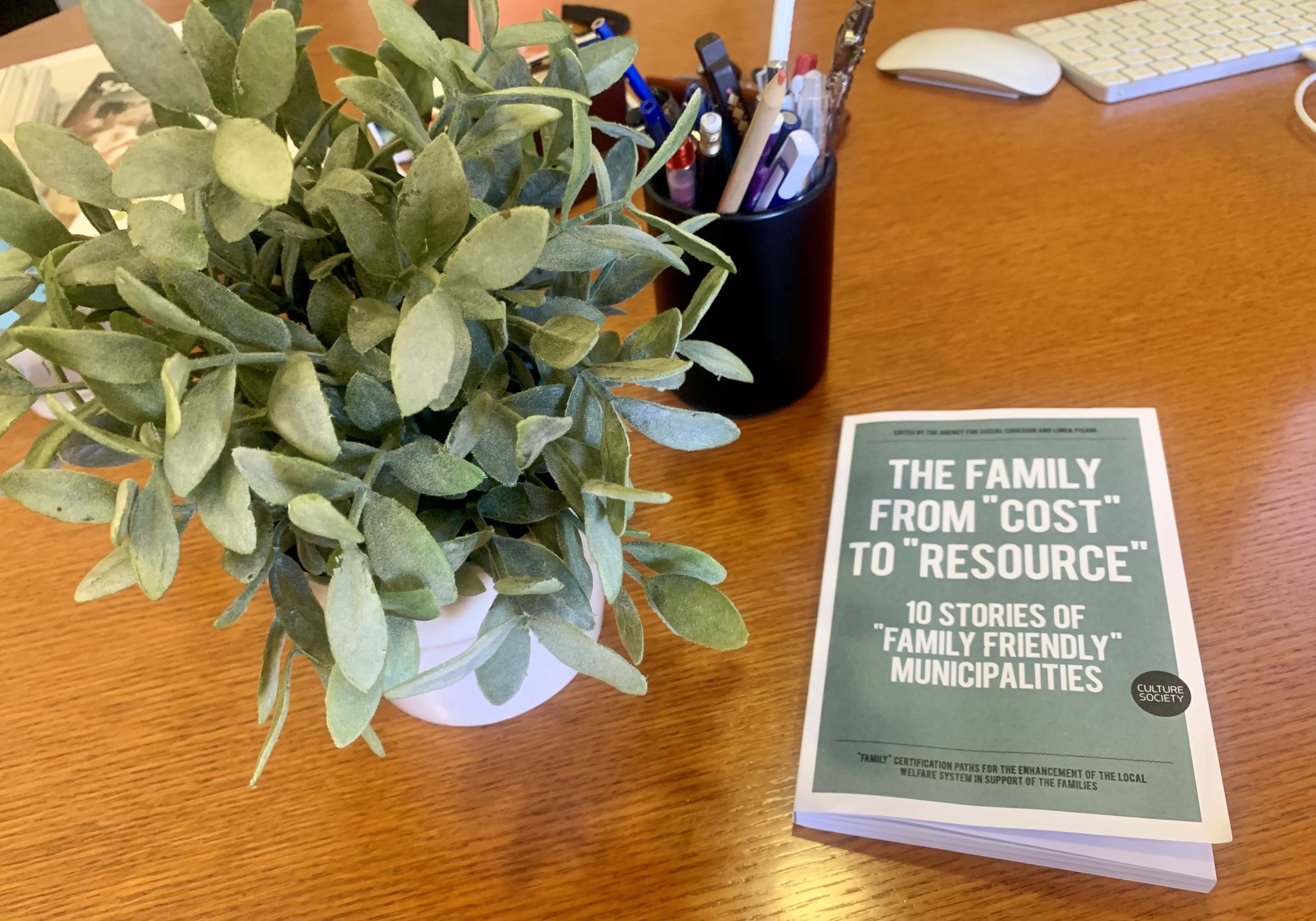 A new book has been published on ‘family’ certification paths for the enhancement of the local welfare system in support of the families in Trento and Italy. With the experience and support of ‘Family in Trentino’, the European Network of Family-Friendly Municipalities, promoted by ELFAC, was born in 2018.

Ten stories of Municipalities, five in the area of Trento and five all around Italy, that share the same dream: becoming “Family Friendly Municipalities”, and thus focusing the administration’s efforts on the “family” target.

The starting point is a cardinal principle: the family seen not as a “cost” but as a “resource” and as the social economic and cultural engine for the local communities. These are stories of paths, from joining to networking,- at a local and national level- to the acquisition of the “family certification, all converging toward the same prestigious and necessary goal in order to guarantee a Future to society: family welfare.

Linda Pisano, editor of the book together witn the Agency for Social Cohesion of Trento Province, writes on the preface:

“What dos it mean to live in a “family-friendly” Municipality and, more generally, in a “family- friendly” territory? Why “where the family is fine, the territory is fine”? And again, why does investing in the family mean fighting the crisis?

In the following pages, we will discover how to promote welfare policies in support of the family by abandoning a mere assistance-constructed welfare logic in order to create virtuous circles that are usually at no cost. The idea was born in Trentino in relation to a project, the “Family in Trentino” standard Mark, which has turned into a work program that has crossed the borders of the province becoming a national and European plan.

“Family in Trentino” is a Mark promoted by the Autonomous Province of Trento, which is issued to all operators, public and private, that commit to comply, in their activity, with the requirements established by the Provincial Council to meet the different needs of families. In this context, the Municipalities that adhere to the “Family in Trentino” Mark undertake to reorient their policies in a family-friendly perspective, putting in place services that respond to the needs and expectations expressed by the families of the territory. The family is placed at the centre of the programmes of the Municipality with an important positive impact on the quality life of the territory.

The municipal administration that obtains the “Family in Trentino” certification undertakes to offer families some services, such as: support for the family in relation to early childhood services; summer nursery school; summer and/or winter activities organized for children and young people in elementary and/or middle schools; afternoon initiatives for children and young people outside school hours; planning the opening and closing hours of municipal offices to make them compatible with family and work needs; specific tariff concessions to support the family economy; reduced rates for large families (from the third child onwards); cycle paths; equipped and safe playgrounds, etc.

(…) The journey of the Family Friendly Municipalities in the province of Trentino began in 2006 and then spread to a national and European level. The”National Network of Family Friendly Municipalities” was founded in 2017, in partnership with the National Association of Large Families and the Municipality of Alghero (the first Italian Municipality to be certified “Family”). In 2018, the next step was to aim at Europe, given the interest manifested several times by ELFAC (EuropeanLarge Families Confederation)’