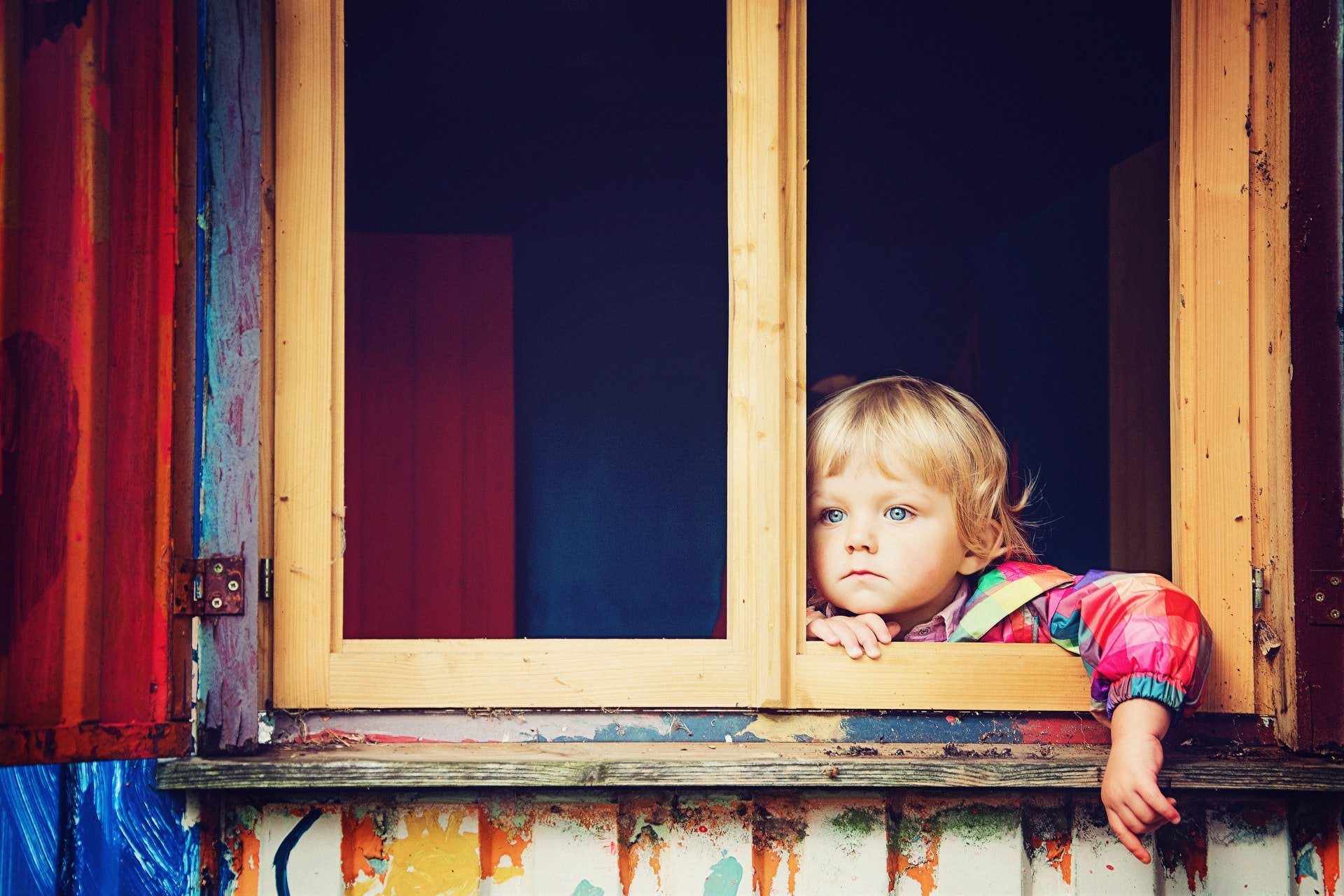 This new, yet largely ignored, trend comes with underrated economic and social costs.

Released by US film producer Mike Moore and timed for the 50th Earth Day in April, the documentary Planet of the Humans tells how renewable sources of energy are flawed replacements for fossil fuels as a way to mitigate the dangers of climate change.

Animal fats, biomass, electric cars, ethanol, human rubbish, solar panels and wind farms are depicted as inadequate solutions because they are uneconomical, can damage ecosystems, often only produce intermittent energy and rely too much on fossil fuels anyway.

At around 46 minutes into the 102-minute documentary, a scientist laments that the environment’s biggest problem is that “there are too many human beings using too much, too fast”. The warning here and elsewhere in the documentary is that only a reduction in the world’s population can save the planet.

Well, in that case, the battle against climate change is winnable because the populations of many countries are shrinking. The OECD says that only three (Israel, Mexico and Turkey) of its 37 members have fertility rates above the replacement rate of 2.1 children per woman. The UN reports the reproduction rates of all European countries are below replenishment levels. The EU forecasts that the populations of 12 of its 27 member countries, including Germany, will shrink in coming decades as only immigration props up numbers in the others. (Changes in forecast death rates vary too much to generalise.) The World Bank predicts China’s population will decline by 100 million people by 2050, that East Asia’s will shrink from the 2030s and Brazil’s will contract from the late 2040s by when India’s population growth will be static. Already dwindling are the populations of Russia (since 1992), Japan (first in 2008 and uninterrupted since 2010) and Italy (since 2014) and no rebound is likely. Tokyo, for instance, forecasts Japan’s populace to shrivel by more than 30% within 40 years. But for immigration, many Anglo countries with declining birth rates such as Australia, Canada, the UK and the US would be shrinking population-wise too – and they now might since the coronavirus is restricting people movement.

Many demographers say, if anything, the global bodies are underestimating the declines in population numbers. They say global bodies are failing to acknowledge that the social and economic forces that lowered birth rates in advanced countries are now universal across the emerging world. These factors include expectations of low infant mortality, rising female education, better career prospects for women, and urbanisation. (Western societies might add on long working hours, stress, inequality, limited childcare and changed social mores as reasons.) Fewer births in the emerging world, these demographers say, will see the world’s population diminish from a peak of between eight and nine billion people from around the middle of this century, whereas the UN forecasts the world’s population to increase another three billion to 10.9 billion by 2100.

The economic, investment, political and social consequences of declining populations could be significant and mostly grim, any environmental benefits aside. Fewer births reduce what is probably the biggest motivational force in society; young parents seeking a better life for their children. In economic terms, declining populations are a bigger challenge than ageing populations because the former herald a lasting shortfall in private demand that points to lower output, even if GDP per capita might rise. Businesses will invest less if fewer people are consuming less. Housing construction will fall if fewer people need homes, and reduced demand might cause housing prices to crumble and banking systems to wobble. Such outcomes hint at the ‘Japanification’ of economies; deflation and almost permanent recessions for economies that prove impervious to stimulus.

Government finances face difficulties as the shrinking and ageing of populations accelerates because a smaller working-age cohort must support more elderly who cost more health-wise. A stretched bunch of fewer workers could lead to reduced innovation and productivity gains. Government policy, especially with regards to taxation and social-security spending, could become skewed towards the elderly rather than productivity should older voters form a voting bloc. For the countries affected, a drop in population numbers might undermine their global power – and any rejigging of the world order rarely happens without friction. To sustain population numbers, rich countries might rely more on immigration but that risks social and political strains (including in source countries), especially if long-dominant ethnic groups become minorities.

These outcomes indicate the biggest threat raised by shrinking populations; that the unprecedented change is a shock. Capitalist societies are geared for growing populations, as happened over the 19th and 20th centuries when the world’s population increased eightfold from one billion around 1800. Over that time, all aspects of societies were designed to accommodate more people, a trend that engenders much optimism and dynamism. Much might need to be adjusted as fewer people mean less of everything. Policymakers could no longer assume positive economic growth as a given. Companies could no longer reflexively plan to expand. Investors could no longer presume higher revenue by default. Town planning might be about shrinking social infrastructure. And so on. In 1937, UK economist John Maynard Keynes foresaw the problem and cautioned that “a change-over from an increasing to a declining population may be very disastrous”. At the very least, as many urge, it’s time that society stops ignoring what may be an unrelenting challenge of the upcoming age.

To be clear, demographic projections largely extend trends, and birth rates could rebound at any time to make mockeries of such forecasting techniques. Older workers lingering in or rejoining the workforce might reduce some of the economic damage of dwindling populations, as could productivity advances. It barely needs to be said that a rising population is no guarantee of economic success and that younger populations come with bespoke challenges too. As Planet of the Humans hints, declining populations could come with benefits. These could include reduced environmental damage, fewer clashes over the world’s resources and reduced inequality if labour shortages boost wages. Perhaps changes might be less disruptive than expected because populations only shrink slowly.

Such musings reinforce how much is speculation when it comes to analysing a sustained decline in populations because it would be new. The novelty only intensifies the uncertainty of what consequences a depopulating world might unleash.

In January, Russian President Vladimir Putin gave his 16th address to parliament over his three terms as head of state. Putin spoke of changes to the constitution that opened up the possibility he could rule for the rest of his life. He spoke of internet access for all, higher spending on healthcare and more money for university tuition. He gave forecasts for inflation and output. But double the time on any other topic was spent urging couples to do their “historic duty” and have more babies. “Russia’s fate and its historic prospects depend on how many of us there are,” Putin said, in announcing US$5.6 billion worth of measures to encourage population growth that included rewards for couples to have a second and third child.

Putin’s incentives are part of a campaign to lift fertility rates across eastern and southern Europe where the ‘demographic time bomb’ is most primed. Bulgaria, Hungary, which now offers free in vitro fertilisation, Lithuania, Poland, which gives parents subsidies per child equal to 12% of the average wage, and Slovakia offer various incentives though Russia’s are judged the most generous, probably because its population has tumbled from 148.7 million in 1992 to 144.2 million now. Amid a debate as to whether or not these measures work (with consensus saying they don’t), declining fertility rates and emigration are alarming the former Communist bloc because everyone can see the depressing effect a shrinking (and ageing) population has on society and the economy.

Japan, where citizen numbers have slid from 128.1 million in 2008 to 126.5 million now but essentially plateaued from the early 1990s, provides more evidence of the damage of depopulation. Examples abound of villages crumbling into ruin as the older die and the young depart. One gauge of the problem is that a five-yearly government survey in 2019 found that a record 13.6% of houses across Japan are empty.

Japan’s depopulation is blamed for the failure of radical stimulus to revive the country’s deflation-prone economy that has foundered since an asset bubble popped in the early 1990s. Fiscal spending (where aged care consumes about 33% of the budget) has boosted Tokyo’s gross debt to 238% of GDP. The Bank of Japan took its key policy rate to zero in 1999, has conducted ever-extreme forms of quantitative easing since it invented the practice in 2003, and introduced negative rates in 2016. Yet from the initial population decline from 2008, GDP has grown at an annual average rate of only 0.58%. Output per capita, a fairer appraisal of living standards, expanded only 0.63% per annum over the 12 years.

Warnings abound how deflating a drop in population numbers is for communities and economies. Keynes in 1937 cautioned that a declining population would mean that “demand tends to be below what was expected and a state of over-supply is less easily corrected”, which makes business investment riskier. “Thus a pessimistic atmosphere may ensue,” he wrote in a decade when the Great Depression slowed population growth. It will be “immensely more difficult than before to maintain prosperity.”

One problem with depopulation is that it is likely to be self-perpetuating. An Austrian study in 2006 told of how low fertility in one generation would beget low fertility in subsequent generations and a downward spiral would set in. Fewer potential mothers resulting in fewer births, social conditioning to smaller families and declining income (due to the dwindling population) would lead to reduced fertility across generations, it said.

A UN study in 2015 warned of the “formidable fiscal challenges” a shrinking population poses for governments and that the consequences are “possibly dire” as high public debt loads could force remedies such as increases in taxes that stymie economic growth.

The shrinking of populations is likely to sully politics. The gloom emanating from shrinking populations fuels the grievance politics that rabble-rousers exploit. Evidence? Populism is rife in depopulating eastern and southern Europe and evident in countries such as the US where a long-dominant ethnic group is becoming a political minority. Another political tussle stemming from depopulation is that it can fuel intergenerational friction if the aged vote as a bloc on issues such as tax, welfare spending and government debt levels where the results cut across generations.

Other studies of depopulation might provide more optimistic views on what the change heralds for societies and economies. That’s the thing. It’s ultimately speculation because the world has never undergone a voluntary mass depopulation. And there’s no guarantee either of the supposed benefits such as the better environment that Planet of the Humans assumes.