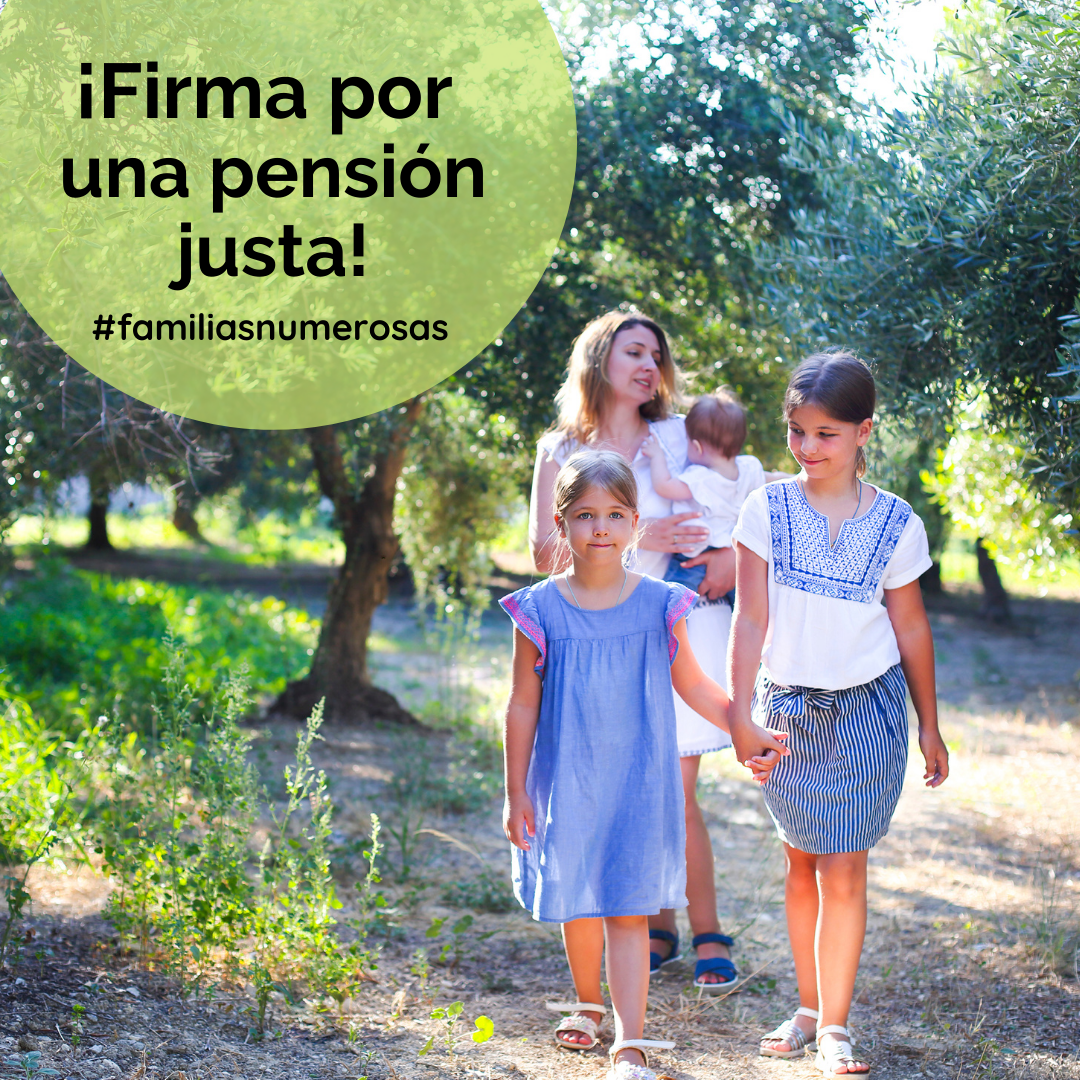 More than 38,000 fathers and mothers have already signed against the new maternity supplement in the pension that the Government has approved, and which harms thousands of women and especially large families.

The signatures campaign is part of the actions developed by the Spanish Federation of Large Families (FEFN) to highlight the injustice that is going to be committed with this supplement against mothers of large families, who are precisely those who will contribute to sustaining and maintaining the pensions of all.

The maternity supplement in the pension designed by the Government modifies the one that was in force since 2016, after the European Court established that it was contrary to the European Equality directive. The change has meant an economic cut for many women, especially those with more children.

In addition to the signature campaign, the FEFN has filed a complaint with the European Commission and has met with deputies from different parliamentary groups to ask them not to support this law, which has already passed several procedures but must still be definitively approved in Congress. The FEFN hopes that amendments can improve the new law, so that it does not harm mothers with large families.