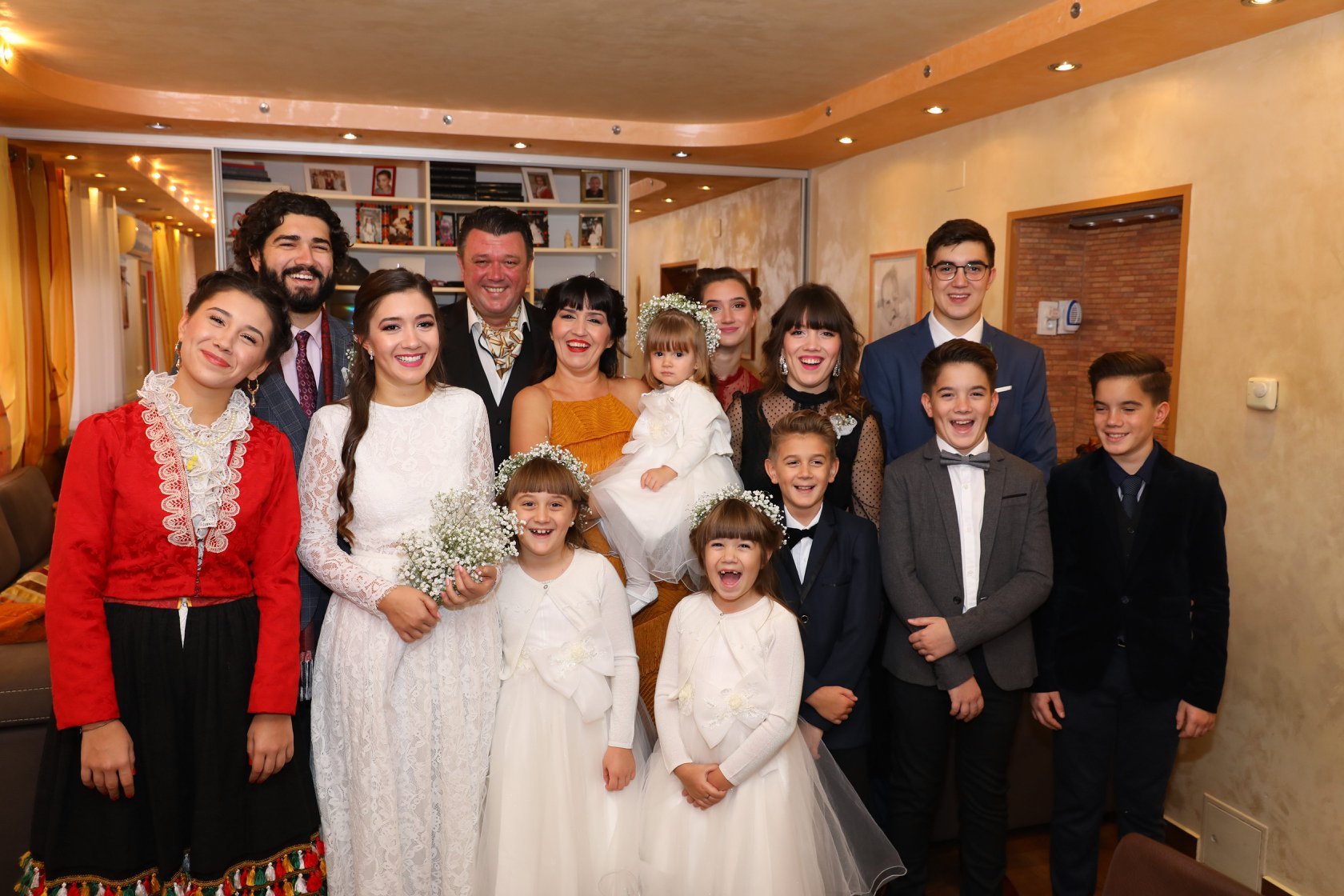 During the General Assembly of ELFAC last November, the Croatian Toljanić family was announced as the chosen between finalist families from Hungary, Italy, Portugal and Latvia.

This was the presentation of the candidature proposed by Obitelji 3plus, the Croatian Large Families Association:

On the island of Krk in Croatia there is a small town Vrbnik with only slightly more than one thousand residents. In this small community lives a most versatile 3plus family Toljanić. The story of the Toljanić family started back in 1997 when Katarina and Franjo got married. The married couple Toljanić believed in the power of family togetherness right from their very beginnings. Therefore, during their marriage of 23 years they became the parents of twelve children: Kate (23), Stjepan (21), Ljubica (20), Zlatko (18), Marija (17), Franica (15), twins Mihael (13) and Gabriel (13), Gašpar (11), Anđela (8), Karmen (6) and Luce (2). Kate has already started her own family and has recently given birth to her daughter Beata.

In addition to the priority of a family life from the very beginning, Franjo also expanded his parents’ business. At the age of 22, he became the head of their family company as its first and then only employee. Back in 1995, the Toljanić family opened their restaurant, then transformed their basement into a tavern, built a large vinery not far from their vineyard, and then in 2016 also opened an impressive hotel dedicated to the grape vine theme. Katarina was an unwavering support to her husband, while among other things, she also decorated their places of business in Vrbnik – wine tasting room Gospoja, pizzeria and tavern Žlahtina, luxury hotel Gospoja and wine store in Rijeka.

The Toljanić family receives a series of awards for their successful family business, while Franjo was named the Croatian manager of the year in 2018 in the category of small businesses. Today the family company Gospoja has 50 permanently employed workers, while their number of employees goes up to 80 during the season. All the members of the Toljanić family are also employed and active in their company, which of course also includes the children as well. Their mother Katarina points out that they all “possess a strong working habit, and a sense of being needed, that someone depends on them and that they matter somewhere. And they are never bored…”

Daily obligations around their family business have not prevented the parents Katarina and Franjo to provide for their children the most beautiful childhood possible and to teach them the foundations of a happy family, such as mutual understanding, thrust, assistance and love, and most of all faith in God. “Even though Franjo and I did not plan on having so many children, I am happy. We had never argued, we always discussed together about everything and we are most happy when we are all together”, says Katarina and also adds that “… our children are humble, they have learned to share everything and that everyone must work. Therefore, even the youngest ones help us in our family business – with whatever they can do according to their age. However, they are not deprived of anything. For example, we have only one television so we all agree on what we shall watch. We tend to raise them so that they understand what are the real values of life”, tell us the mother Katarina.

Sadly, in the spring of 2020 the family Toljanić was struck by a great misfortune when the father Franjo was killed in a car accident at the age of 47, leaving behind his wife Katarina and their children. Despite her great sorrow, the mother Katarina still demonstrates family values and sets an example for her children in striving that they always have everything they need, as well as that they never forget all the hard work and effort that her husband Franjo demonstrated while always putting his family in first place. “Everything that was accomplished was Franjo’s initiative and his dream that he was making a reality with the support of his family. We continue to work in same manner as Franjo had taught us and showed by his example that it can be done, and we must continue to live his dream, as he provided us all with the most beautiful moments together”, says Katarina and continues on “… he continues to live with us, I see him in each of our children, and in our work. To us, death is only a crossing and all of us shall one day cross to the other side, where our Franjo shall be waiting for us. “

Other four finalists (pictures below) were Mesquita Guimarães family from Portugal, Laugalu family from Latvia, Faliva family from Italy and Benyus family from Hungary. You can read here the presentations of the five finalist families.