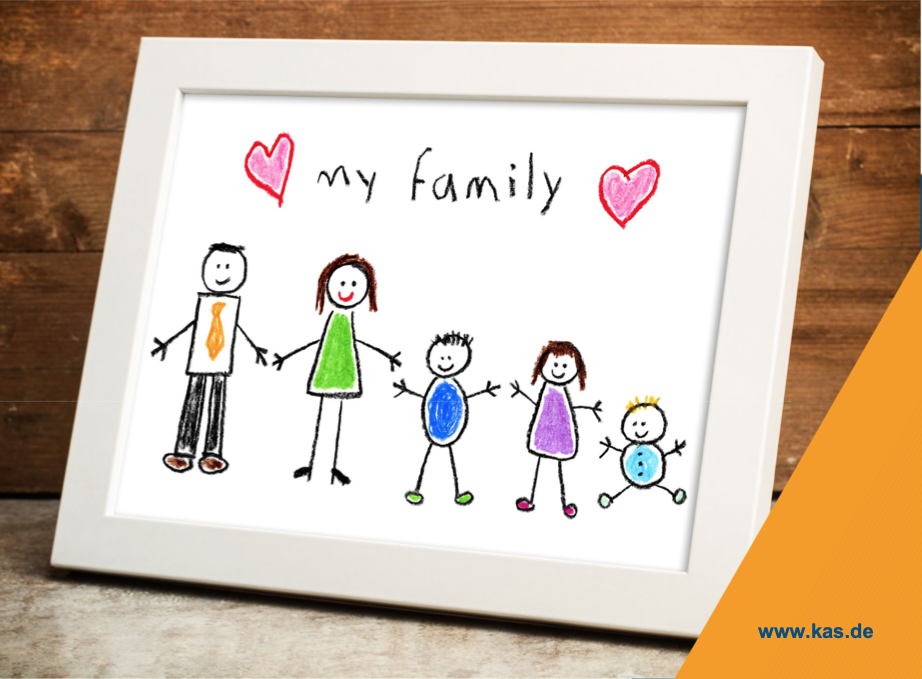 By Martin Bujard, Detlev Lück, Jasmin Passet-Wittig, Linda Lux – Study by the Federal Institute for Population Research on behalf of the Konrad-Adenauer-Stiftung eV

The Federal Institute for Population Research commissioned the Konrad-Adenauer-Stiftung eV to deal with large families. Under the title “Three children and more – families from the middle of society”, the study comes to various results.

1. Main result of the study: The vast majority of three-child families can be found in the middle class with middle-level qualifications.

2. Today’s generation of women is better educated than the previous generation. Adequate professional participation is important to them, which does not conflict with a higher number of children. Most parents also strive for partnership life concepts with 3 children in the middle class.

3. The result is surprising, since “large families” are subject to a rather negative stereotype.

4. Large families are heterogeneous. There is no such thing as “the” large family. On the one hand, the proportion of pairs of dual academics among three-child families has increased; on the other hand, almost ¼ of couples with four or more children have no professional qualifications, so that 18% of large families are at risk of poverty and thus higher than among two-child families -Families with 16%.

5. Three children experience a new appeal in the middle class among younger couples, so that some newspapers already speak of “3 as the new 2”.

6. Three-child families are less common in family policy, as it is based on the majority of families consisting of 1 or 2 children.