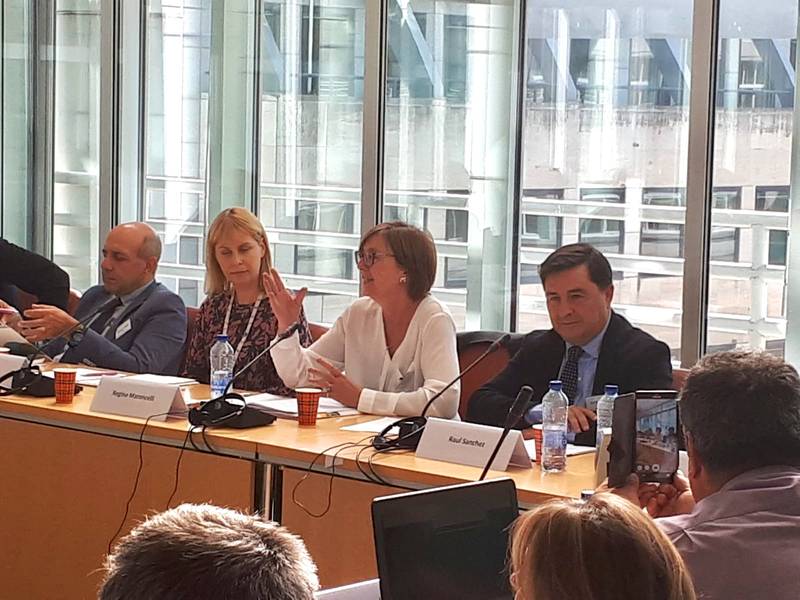 The project of the European Large Family Card has been presented this morning at the headquarters of the European Economic and Social Committee in Brussels as a new project launched by the European Large Families Confederation (ELFAC), an entity that brings together large family associations of twenty-one European countries. This European Card is an old claim to facilitate the mobility of large families between different European countries. Almost sixty million of Europeans living in a large family could join the Card. Along with this initiative the first European Network of Family Friendly Municipalities has also been presented together with the Autonomous Province of Trento (Italy).

For the Italian Regina Maroncelli, mother of four children and president of ELFAC, “these two initiatives will help, first, that large families are not penalized when traveling together; and on the other hand, to make Europe a more friendly and welcoming place for families with children, something that is absolutely necessary in the face of the harsh demographic winter that we are suffering in the European countries, and which threatens our well-being and especially that of future generations “.

The European Large Family Card will serve as a common document in Europe to prove the status of large family, and that will allow large families to access discounts and special offers. The characteristic of this new card is that it can be used in all countries of Europe except in the country where the family usually resides, where they must use their own national card, as is already the case with the European Health Insurance Card. The card can be requested on the ELFAC website before the end of this year 2018. It will have an annual validity and a cost of only 10 euros for the whole family.

The card have a digital format and can be installed on the smartphones of the different members of the family. The European Large Family Card show the name, surname and id number of the corresponding family member, and in the case of minors without a smartphone, on the back of each card you there will be a list with the name, surnames and national identity document number of all the remaining members of the family.

The European large family card will include offers and discounts on accommodation, such as hotels, camping, rural houses or apartments, tourist activities, attractions, museums, theme parks, restaurants or transportation. The offers are designed to be used when the whole family travels during holidays or family tourism.

In the same event, which was attended by representatives of various European institutions as well as from different European countries and regions, the first European Network of Family Friendly Municipalities was presented, based on the pioneering experience of the Autonomous Province of Trento (Italy), which has been adapted to be applied through the cities of Europe. The first pilot municipalities of this Network come from Portugal, Spain, Italy, Germany, Poland, Latvia and Hungary. The municipalities that are part of the Network will share a database of good practices and will join various training meetings and practical visits. All the municipalities of the network are committed to developing their policies supporting families to obtain in two years the European certificate as “Family-Friendly Municipality”.

During the event representatives of the Government of Latvia and Hungary show the positive ressults when family perspective is introduced into the public policies. Four of the pilot municipalities of the Network presented best practices of family policies too: Sant Cugat del Vallés (Spain), Szczecin (Poland), Alghero (Italy) and Grodzisk Mazowiecki (Poland).

The European Network of Family-Friendly Municipalities works very closely with the global platform ‘Inclusive cities for sustainable families’ promoted from United Nations. Ignacio Socias from IFFD, which is promoting this global platform of cities, presented the platform in relation to the Sustainable Development Goals of UN.

Program of the presentation

Instroduction to the European Network of Family Friendly Municipalities

Video about the Network of Family Friendly Municipalities