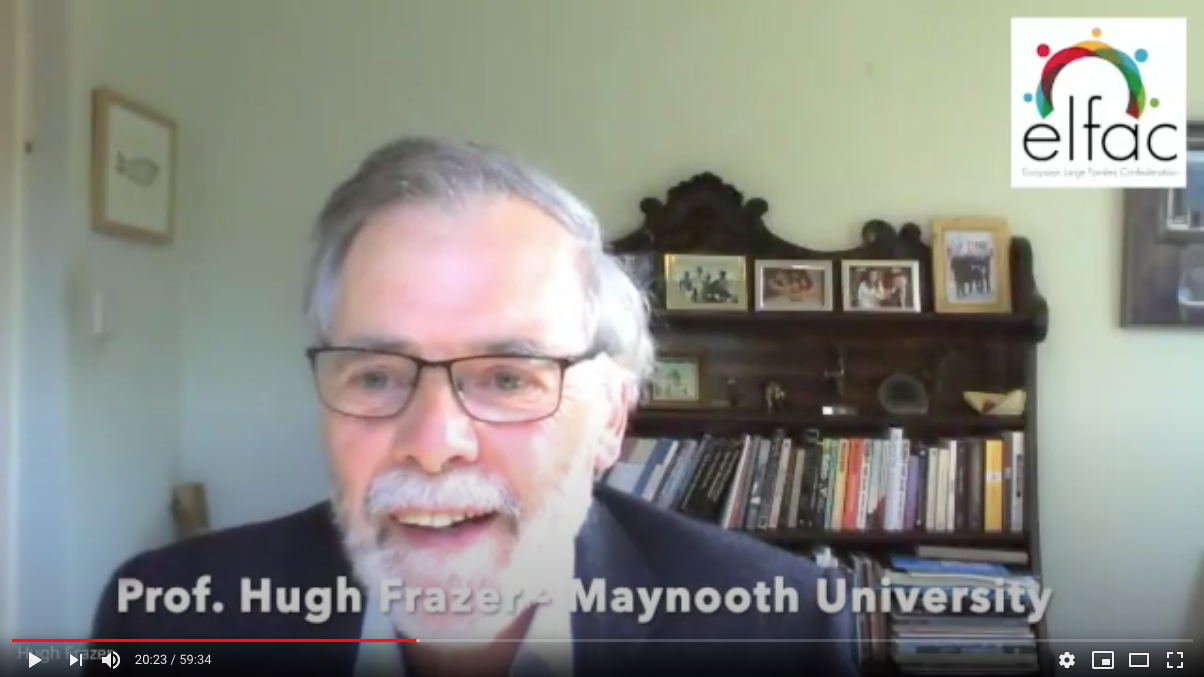 On Thursday, September 17, representatives of associations of large families members of ELFAC from 13 European countries, met on the internet to listen to a complete explanation about the ‘European Child Guarantee’, a proposal of the European Commission to improve welfare of children and fight against child poverty. There were participants from Belgium, Croatia, France, Germany, Greece, Hungary, Italy, Ireland, Latvia, Poland, Portugal, Romania and Spain.

The ambition of the proposal, as the European Parliament remarked, is that “every child in Europe at risk of poverty (including refugee children) has access to free healthcare, free education, free childcare, decent housing and adequate nutrition.”

To help our associations members to take part in the public consultation about this proposal launched by the European Commission, ELFAC organized a training webinar which is already published on our YouTube channel.

Introduced by Regina Maroncelli, president of ELFAC, and Kinga Joo, vice president NOE and member of the European Economic and Social Committee (EESC), the webinar was led by Professor Hugh Frazer, from Naymooth University (Dublin), who has been the coordinator of the team of experts that has carried out the Feasibility Study of the European Child Guarantee on behalf of the European Commission.