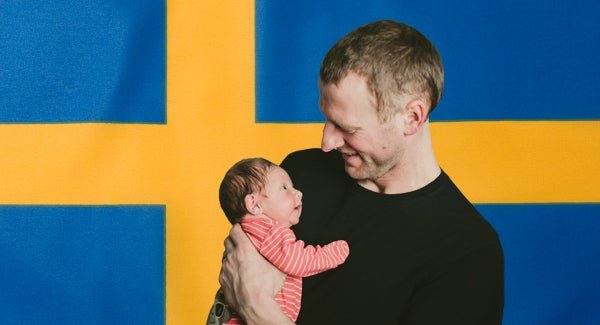 Fewer and fewer children are being born in Sweden, while the average age of first-time mothers is rising. The latest figures from Statistics Sweden show that fertility rates in Sweden have fallen every year since 2009, and that the average age at first birth is the highest over a very long time. But none of the explanations researchers referred to in the past seem to be sufficient this time. So how can this development be explained?

Falling birth rates have long been the subject of discussion in Southern and Eastern Europe. Similar trends aroused  among our Nordic neighbours in more recent years. The issue has been on the political agenda in both Norway and Finland, with Norwegian Prime Minister Erna Solberg recently encouraging the population to have more children.

But although it has not yet been featured in the public debate, the situation in Sweden has lately started to resemble that of our neighbouring countries. Fertility, based on a measure showing how many children per woman will be born on average, has been falling for ten years reaching just over 1.7 recently. This is not a minor deviation from earlier development, but a new trend, according to Gunnar Andersson, Professor in Demography at the Department of Sociology at Stockholm University.

“The decline in fertility is strong in the other Nordic countries, apart from Denmark. So this is very much part of a bigger change. The fertility figures in Finland, Norway and Iceland are lower than they have ever been,” he says.

Explanatory models for the decline in birth rates that demographers have identified in the past are linked either to economic trends and the labour market situation or to family policy, says Gunnar Andersson. This correlation has been particularly strong in Sweden. The fall in fertility in the 1990s was directly related to the economic crisis of that decade. But this time researchers do not see the same link.

“This time the pattern of lower birth rates started in 2008, which may indicate that it has something to do with the latest financial crisis. But if we look at the economic parameters, that crisis had limited impact in Sweden. It was just a blip in the curve, the economic parameters have looked really good during subsequent years and unemployment has been low,” he says.

The Nordic countries are usually role models for high fertility, and according to research in the area this is linked to the structure of social and family policies. The fact that it is easy to combine children with employment thanks to generous systems for parental leave and childcare is assumed to make more people inclined to actually have children.

But as there have been no significant changes in family policy, this does not explain the downturn we now see.

According to Gunnar Andersson, one possible explanation is that people still perceive the future as uncertain, with media reporting of crime generating a lot of debate and the climate threat being discussed more and more. There is also increasing talk of an impending economic downturn, with worsening of the economy and the labour market.

“After all, people can have a totally different view of developments in the society than the one we seen in the economic indicators,” says Gunnar Andersson.

Data from Statistics Sweden show the average age at which women give birth to their first child on a monthly basis. The figure for July 2019 was 29.75 years. This is the highest for a very long time. According to Gunnar Andersson, we have to go back to the 1930s to find a time when the average woman waited for so long to have her first child.

It remains to be seen whether the fall in birth rates in recent years will be maintained, as in our neighbouring countries, or whether it is simply a variation in which people have their children later but still have as many as before. We are not yet down at crisis-level fertility, although if this trend does persist, it will have negative effects on the welfare system and create an imbalance in the population age structure, with more and more older people being cared for by fewer and fewer young ones, says Gunnar Andersson.

The fact that the labour market has changed and now consists largely of insecure jobs may be one reason why more and more people are delaying starting a family, or are not having children at all. This is something that researchers have now started to study more closely, explains Livia Oláh, Associate Professor in Demography at the Department of Sociology at Stockholm University.

“There are more precarious jobs around nowadays, many young people perceive a major lack of security in the labour market. This can absolutely affect the willingness to start a family. The parental leave scheme is not really adapted to those who do not have a permanent job to return to. For young people today, labour market realities are very different from what they used to be” says Livia Oláh.

Researchers are also interested to find out who start postponing having children; in the past childbearing behaviours for women below and over the age of 30 were rather different.

“It’s mainly the younger ones who are affected by economic factors, and by the state of the labour market. For obvious reasons, older women cannot wait for long, so they are more likely to have children regardless of their view on the future,” says Livia Oláh.

Which cohort may eventually postpone having children is also of significance. If it is the large cohorts from the late 1980s and early 1990s who are now waiting, the effect on the number of children will be greater than if it were others who postpone childbearing.

A new area to study in the field of family demography

New studies are needed to better understand the reasons for the downturn. A major new questionnaire-based survey in the Generations and Gender Programme (GGP) is planned for the whole of Europe. Researchers from the Nordic countries met recently to discuss the structure of the questions, to be better able to capture in particular the subjective experiences that people have of societal developments. By also asking questions about how much people use social media, researchers hope to better understand how big an influence the debate in such media can have.

“We want to add more questions in the Nordic module of the survey specifically about trust in society and uncertainty. This is really exciting in pure research terms for us as demographers. It’s a new area to study in the field of family demographic research,” says Gunnar Andersson.