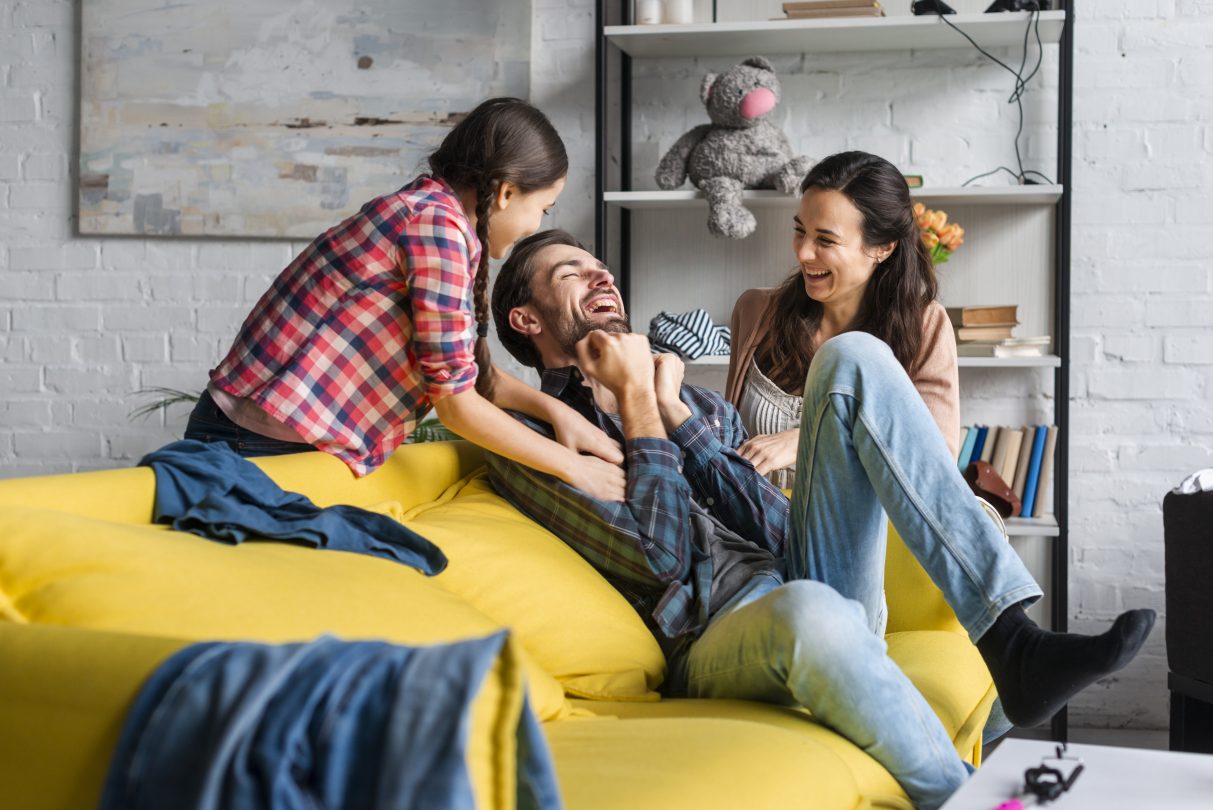 How to laugh more and fight less.

By Daniel S. Lobel, Ph.D., a clinical psychologist in private practice in Katonah, NY, as well as an Assistant Clinical Professor at Mount Sinai School of Medicine in the Department of Psychiatry. Published in psychologytoday.com

Family traditions are often passed down from generation to generation. These patterns families have of relating to each other are complex, but changing a single pattern can have a dramatic effect while benefiting the family for generations to come. In this blog we will look at a variable so powerful that it literally defines the family as being a family versus a group of individuals who happen to share DNA.

Healthy families are defined by their level of cooperation. Individuals in these families champion each other’s goals and well-being. They enjoy sharing because they derive pleasure from the pleasure of those they love. Fundamentally cooperative relationships are associated with individuals feeling part of a larger unit: the family. They protect and defend the integrity of the family unit which strengthens the bonds and increases each member’s sense of safety and security.

Competition is fundamentally antagonistic. You win by causing your competitor to lose. In some families there is a perception of limited resources and family members compete with each other to get their share. These resources can be tangible, such as money, food, preferred bedroom, etc. Or they can be intangible, such as being the center of attention or the favorite of a matriarch or patriarch. Competition in families encourages individuals to fend for themselves at the expense of other family members. This drives the entire family towards the breaking point. This is where individuals no longer value being part of the family and the entire structure collapses. This results in alienation among family members that sometimes can last a lifetime.

While there are some families that are consistently cooperative in all aspects of each other’s lives, and other families that are competitive in almost all aspects of each other’s lives, most families fall somewhere in between. Parents and grandparents set the tone for the family. Using the following tools and techniques will help you increase the cooperativeness of your family.

Talking over another person is a fundamentally competitive act. It serves to compete with the speaker for his/her attention or the attention of others. Interrupting others is also inconsistent to listening to others and compels others to compete in order to be heard. This sometimes results in family gatherings where everyone talks at the same time and people don’t really listen to each other.

Parents sometimes encourage siblings to compete for their attention or approval. This results in an atmosphere of competitiveness and inhibits cooperation. Below are some common examples:

Avoid statements like “Why can’t you be more like your sister?” that directly compare siblings to each other.

Avoid statements like “Don’t tell your brother I told you but he is considering divorce”. This is a form of triangulation in that it creates an alliance between parent and one child against the other child.

Do not show preferential treatment to siblings or their spouses. If you treat one child to dinner, you treat both. If you bring a present for one child, you bring for both (other than special occasions, such as birthdays).

Create an atmosphere of abundance

Wherever possible make resources available in abundance. When gathering, plan sufficient time for family members to express themselves. Plan sufficient food and beverage so that people don’t feel that they are competing with others for food.

Dad:                I don’t think children get the same quality of education from home schooling that they get in a classroom.

In the above dialogue, Barry judges Brad’s decision to home school his children and discourages him, while supporting his other son’s decision to send his child to private school. This encourages his son’s to compete for his approval and resources and creates resentment and antagonism between the brothers, thus increasing the chances of conflict.

Below is an example of how Barry might have handled the same conversation slightly differently with a dramatically different result.

Brad:               We get a curriculum from the school system and follow it. The school provides online support for parents to make sure that we are all teaching the same subjects.

Dad:                Brad that would give you and Cindy access to public and private school curriculum and maybe you can share with Dennis some of the ideas from the parent support system in case Joey’s school has to close due to COVID.

In this version of the same conversation, Barry is able to avoid competition between his sons and encourage cooperation. Because he honored both approaches and joined them into a single goal, rather than encourage the sons to compete, now if he offers to provide financial support for Joey’s private school he is supporting both of his sons’ endeavors

If your family has a tradition of encouraging competition rather than cooperation among family members then the resulting gatherings may seem “normal” to you. Many large families routinely talk over each other and compete for resources at all gatherings. If this is the case, then your entire family is missing out on the opportunity to share intimacy at deeper level that is possible only in an atmosphere of cooperation. Why not give it a try?