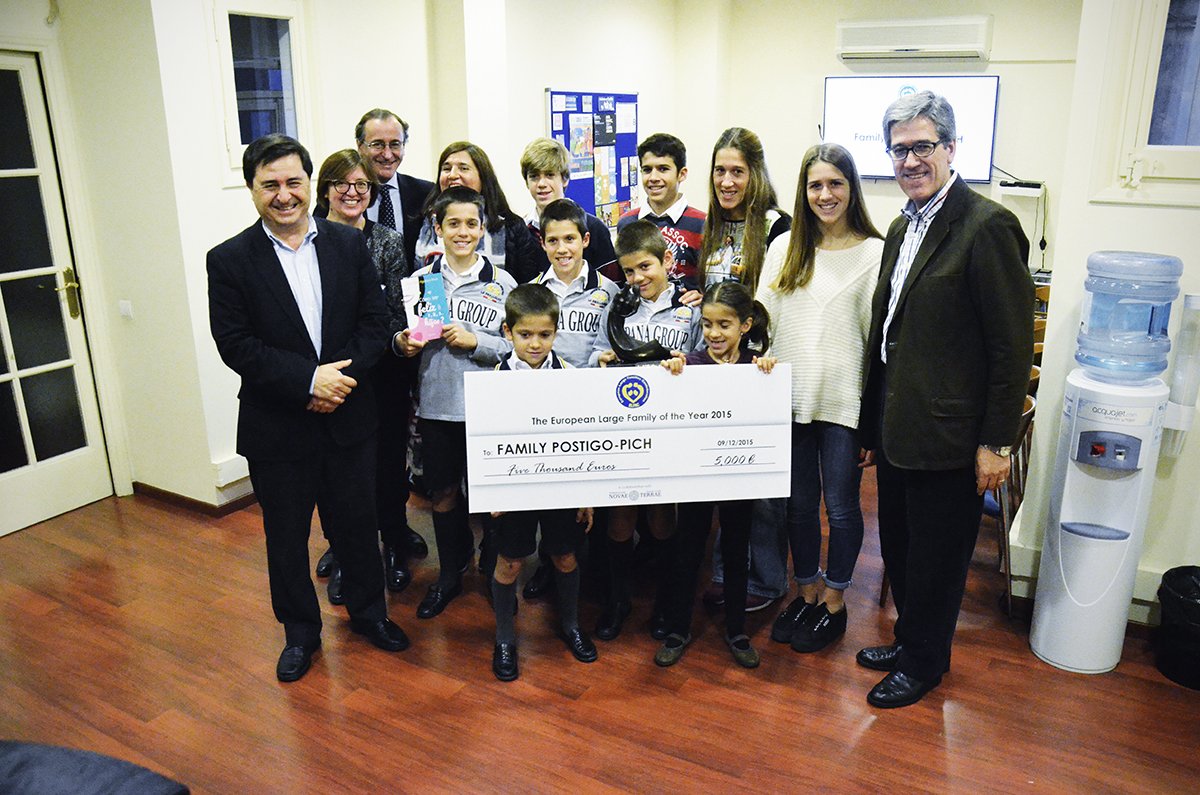 The Postigo-Pich family received the European Large Family of the Year Award in 2015: A year and a few months later, Rosa’s husband, José María, died after a brief serious illness.

Let’s race. Who can fold the most in less time?

How was school today?

Rosa Pich’s day-to-day can be summed up in one word: intense. If raising one child is a huge responsibility, imagine raising 18, and then losing three of them and your spouse.

ROSA PICH
“We have a self-improvement list with all the kids’ names: Perico, Juan, Picuki, Magui, Tere, Rosita, Gaby, Annie, Álvaro, Pepe, Pepa, Pablo, Tomás, Lolita and Rafa. And next to each name we put something that person can work on. Something we decide together. For example, when Tomás was little, he cried day and night. We couldn’t stand his crying anymore. So next to Tomás’ name we put, ‘Cry only once a day.’”

We’re having a snack together and now each person can share how school was.

We serve the person next to us at the table.

One of the most difficult moments for Rosa was when her husband died. She was 51 years old, a widow and a mother of 15 kids.

ROSA PICH
“When my husband died, we had already buried three kids. The oldest was 22 years old. The second and third were still babies. And I think that for families of faith, when God sends you a cross, He also sends you the strength to bear it. And in large families, joy multiplies and challenges are shared.

Rosa says the strength to continue her children’s education comes from seeing their enthusiastic faces and from prayer.

ROSA PICH
“We as parents often worry about making sure our kids go to the best school, that they are eating healthy, that they exercise—sports are very important—but sometimes we forget about a third part, which is a live of piety. People are body and spirit. We focus on school, education, sports, but the faith is something that must be educated from a young age.”

Rosa speaks at conferences on education and the family all over the world. She’s also written a book titled “Cómo ser feliz con 1, 2, 3…hijos” (How to be happy with 1, 2, 3 … kids). With it she turns her day-to-day experiences into a tool to help inspire other families.