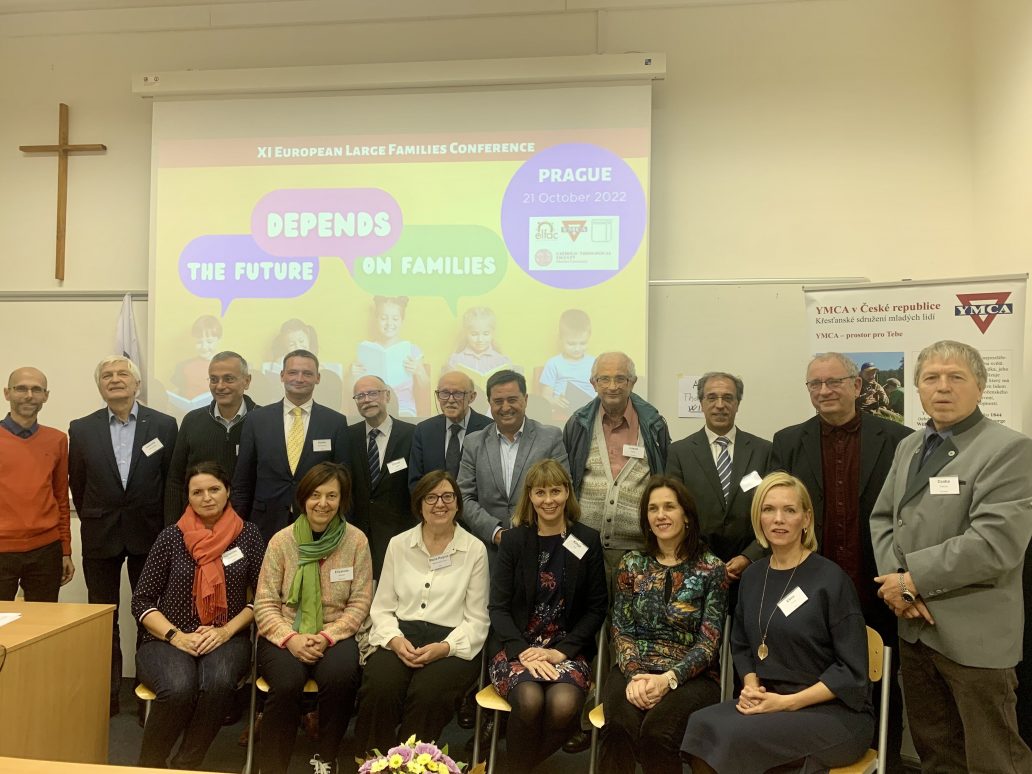 On Friday 21 October, the 11th European Congress of Large Families took place in Prague at the Faculty of Theology of Charles University. The following day ELFAC held its General Assembly, where the Board of Directors of the organisation was renewed.

The congress was held under the title “The future depends on families: Social cohesion, Sustainability and Democracy in the 21st century” and was opened by representatives of the Czech Ministry of Labour and Social Affairs, the Prague City Council, the YMCA in the Czech Republic, and by the presidents of ELFAC and of the ELFAC member association in the Czech Republic and organiser of the event, Zivá Rodina.

During the congress, Luigi Campiglio, professor of economic policy at the Università Cattolica del Sacro Cuore, Milano (Italy), spoke on the role of families for the sustainability of society; and Otakar Hampl, economist in the Ministry of Labour and Social Affairs, addressed a very topical subject: Fiscality and pensions: the key role of families.

Once the context of the discussion had been set, Molár Balasz, vice-president for strategy and coordination at the Maria Kopp Institute for demography and families in Budapest, introduced us to the model of family policies that Hungary has been developing for the last twelve years, within a national strategy to make Hungary a family-friendly country. This was followed by a wide-ranging debate between the speakers and the audience, which included participants from eleven different countries.

Regina Maroncelli, president of ELFAC, closed the congress, referring to the important challenges we face in order to have a sustainable society, something impossible without putting the family at the centre of the political strategies.

The following day, in the same setting of the Charles University, the ELFAC general assembly was held.

Raúl Sanchez, secretary general, presented the report of activities carried out since the previous assembly, where the development of the European Network of Family-Friendly Municipalities and the interventions of ELFAC in the United Nations, where it obtained the consultative status of that organisation in July 2021, stand out.

During the assembly, the renewal of the Board of Directors also took place. Due to the impact of the pandemic, it was decided to extend the term of the current members by two more years, with two new members joining the Board: Kinga Joo from Hungary and Ivan Malbasic from Croatia.