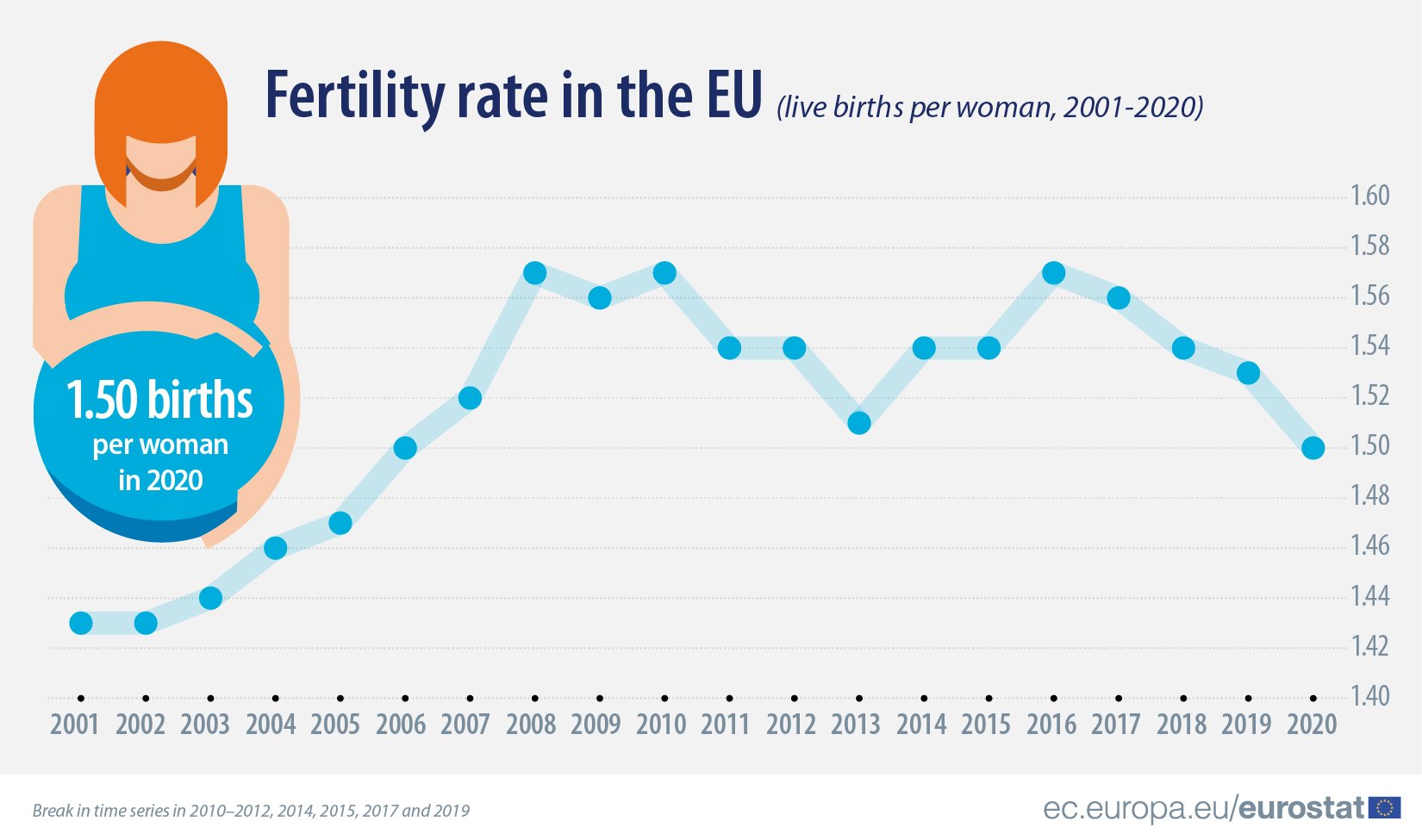 This information comes from data on fertility published by Eurostat today. The article presents a handful of findings from the more detailed Statistics Explained article.

The share of children born to foreign-born mothers – both from other EU Member States and from non-EU countries – has been growing in the EU since 2013 (from when comparable data are available). In 2020, the share was 21%.

At the other end of the scale, nine countries had less than 10% of children born to foreign-born mothers, with the lowest shares recorded in Bulgaria, Slovakia (both 2%) and Lithuania (3%).