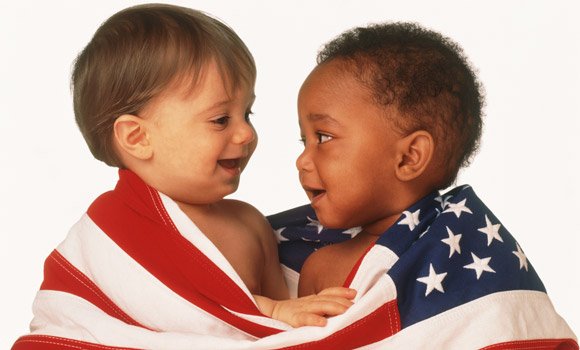 And help people have the number of children they want

Like most other Western nations (and quite a few east and south-east Asian nations) the United States has a fertility rate below that of 2.1 children per woman (it is currently sitting at about 1.8 children per woman). 2.1 is the magic replacement rate at which a population naturally reproduces itself from generation to generation. A country with a rate below 2.1 will naturally decline, a country with a fertility rate above 2.1 will naturally increase over time. I say “naturally” because, like most other nations with a sub-replacement fertility rate, the USA also has largescale immigration which helps to keep its population increasing.

In contrast to many other Western nations, the USA has a fertility rate that is closer to 2.1 than to 1.5 and is thus not quite so reliant on immigration to keep its population up as other nations. However, as we wrote last year, the trend is southwards. In 2017 the number of births decreased by two percent from the year before — the lowest number of births since the 1980s (when the population was a third smaller than it is today).

This disquieting trend has led policy-makers to think about ways in which the American fertility and birth rates might be nudged in the right direction. After all, a lower birthrate places stress on the finances supporting social security and Medicare payments. It also challenges business growth as there are fewer potential customers and employees in the years ahead.

All of these economic outcomes are causes for concern for the government. Further strengthening the case for policy reform is the fact that American women generally want to have more children than they are actually having. And this misalignment between desire and actuality is a long-standing one. According to this piece in Bloomberg, “women have, on average, wanted more children than they actually have for more than five decades now.”

One of the biggest drivers of declining American fertility is the rise in the age that the average American gets married. People are getting married later and are thus spending more of their years of peak-fertility unmarried and thus less likely to have children. (Whether they are less likely to conceive children is another matter. Apparently conception rates went up after Roe v Wade was decided, even as the rate at which children were born declined.)

So why are Americans getting married later? Education is a large part of it – not only the years that education takes, but also the student-loan debt that places economic barriers to starting a family. Another economic barrier to be added to this is the high cost of housing in many parts of the country. These are barriers that public policy can at least ameliorate. Efforts to make housing more affordable, or to make higher education compatible with having children (greater childcare provisions at universities is one suggestion) could help to lessen the economic barriers to having children.

This would hopefully help raise birthrates, thus easing the economic outlook in the decades to come. More importantly, it would also help Americans to have the number of children that they actually want. It’s a win-win outcome: larger, more contented families; and a better social and economic outlook for the country as a whole.