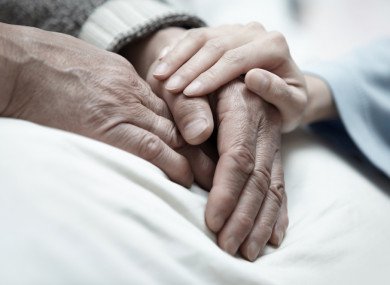 A new report looks into several areas of both the health of the nation and health services in general.

IRISH PEOPLE ARE living longer and the birth rate is falling every year.

That’s according to the 11th edition of Health in Ireland: Key Trends, published today by the Department of Health.

The report looks into several areas of both the health of the nation and health services in general.

Meanwhile, Ireland’s birth rate has been falling every year since 2009, with 62,053 people born in 2017. Despite this, Ireland has one of the highest fertility rates in the EU.

At this rate, the country is on course to to have double the number of people over the age of 65 by 2038. The greatest proportional increase will be in the 85+ age range.

“The number of people aged 65 and over will grow from one-fifth to over one-third of the working population over the next two decades which will have implications on how we fund our health services,” Health Minister Simon Harris said.

In general, Ireland’s health outcomes have been improving in a number of areas over the last decade.

The report puts increased life expectancy down to reductions in major causes of death, such as circulatory system diseases and cancer.  The overall mortality rate in Ireland has dropped by nearly 15% since 2008.

There have improved survival rates from common types of cancer as well as respiratory diseases. Despite this, 5-year survival rates for breast, cervical and colon cancer are below the average for Ireland’s peer countries.

The rate of death from respiratory diseases is nearly 40% higher than the EU in Ireland.

Irish people also rate themselves as having good health more than the citizens of any other country. In 2016, 83% of Irish men and women rated their health as good or very good – significantly higher than the EU average.

Other key health trends and indicators include: