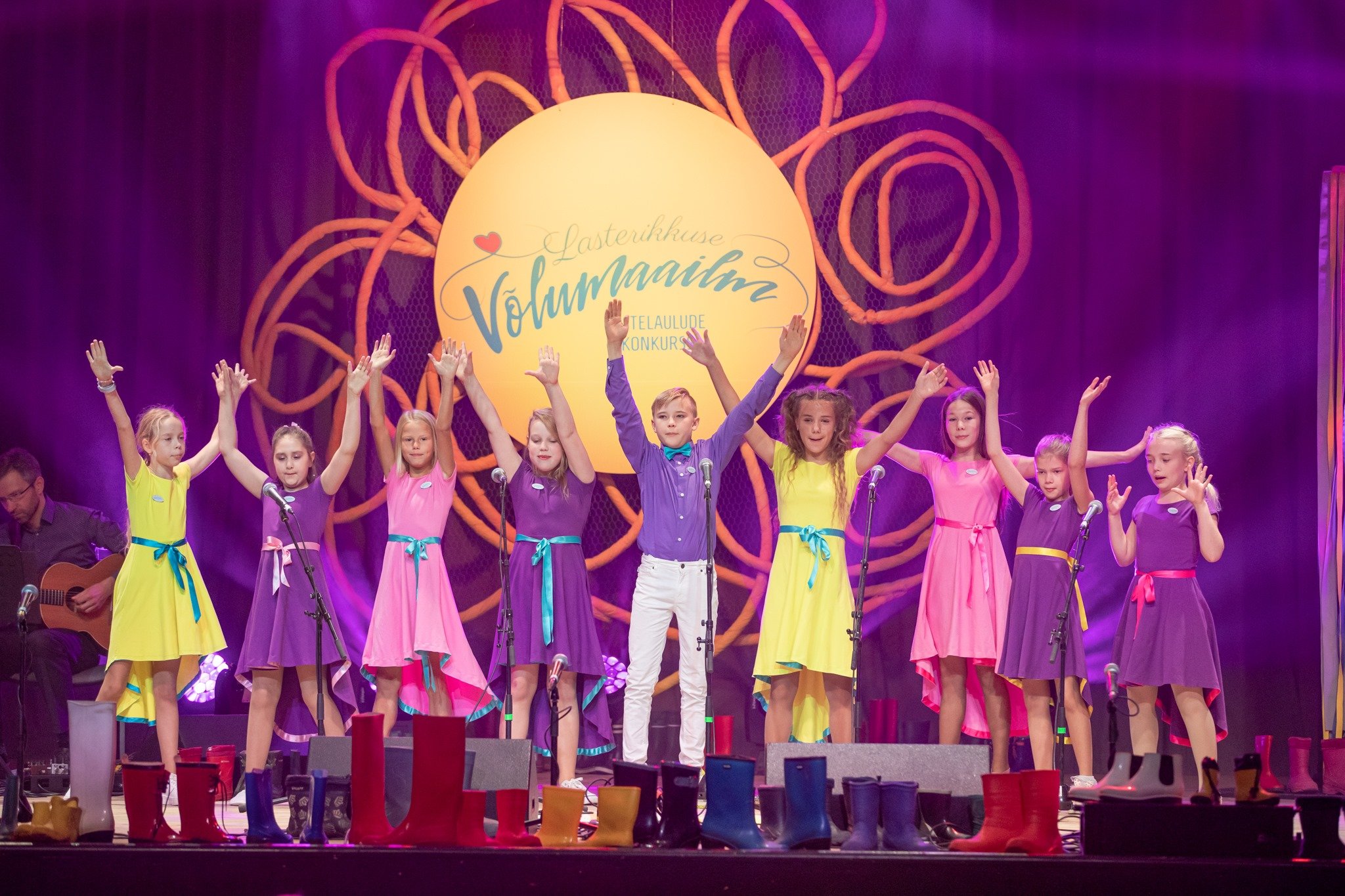 72 new children’s songs written by 76 composers were performed at the final concert of the song contest “Lasterikkuse Võlumaailm” at Mooste Folk House on the 20th of September. Almost 150 children performed on the stage. The jury included well-known musicians, composers, and actors. The winning songs will find their way into a music book and a record. The book and the record will be given as a present to the families where the third child has just been born.

The concert was broadcast live on Estonian Public Broadcasting, which was watched by 4,500 spectators. The first place in the song competition was won by the talented family Laikre (on the picture).

“We want to convey the message, how joyful is to have a large family,” said Aage Õunap, the President of the Estonian Association of Large Families. “Records and books given to families in the Estonian maternity hospitals are gifts from us to greet new large families and encourage other families to have more children,” Õunap added.

Kadri G Laube, the author of the idea: “Large families are powerful, creating something together makes us strong. I can only imagine how the heart of the author, Piret Laikre, felt. Singing at the final concert with the whole  family – it is the beginning of something very beautiful.”

Coverage on the Estonian Television: https://etv.err.ee/1136802/lastelaulud
Preparations for the final concert (video): https://www.facebook.com/lauluralli/videos/317162426252538
More information on our webpage: https://www.lasterikkad.ee/lood/#5927