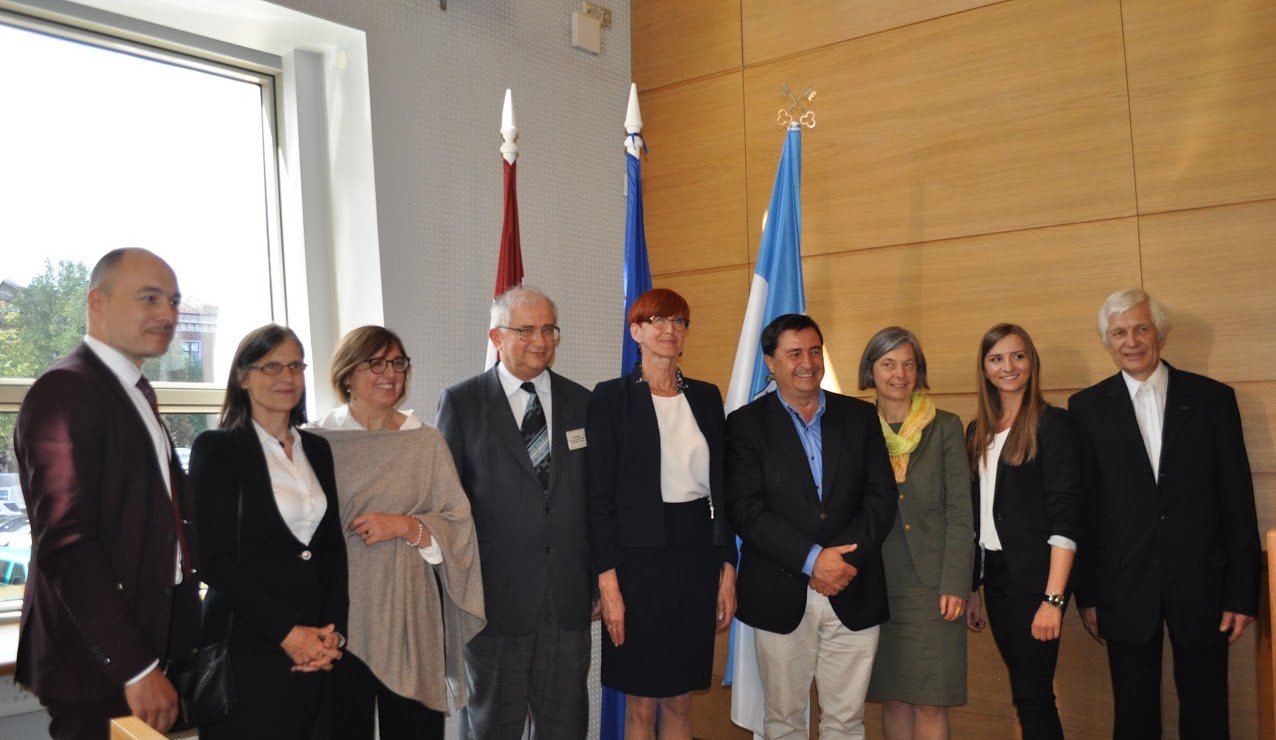 The Union of Latvian Large Families Associations (ULLFA) was founded 25 years ago. In order to celebrate this anniversary, ULLFA offered to hold the VIIIth European Large Families Conference in Riga and, together with it, a European Meeting of Large Families. The two events were connected with the colourful programs of the festivities of the 815th anniversary of the foundation of the city of Riga. The conference was held on 12 August, the meeting on 12-13, the city festivities on 10-14, mainly on 13-14.

The conference entitled „From family friendly municipality to family friendly state” was held under the auspices of the European Large Families Confederation and took place in the City Hall of Riga. After the opening of the conference there was a short presentation of the situation of large families in Latvia, and then three addresses explained what the term „family friendly” means related to countries, municipalities, and communities. Subsequently, three self-governments presented their family friendly programs: the region of Trentino (Italy), the cities of Riga (Latvia), Braga (Portugal), Grodzisk Mazowiecki (Poland), and the village Alsómocsolád (Hungary). In the second part of the conference family friendly projects of four countries were presented by representatives of the ministries in charge of family policy: Estonia, Hungary, Latvia, Poland. The addresses of both the morning and the afternoon sessions had in common that all speakers stressed the utmost importance of the family as fundamental cell of society, and they agreed that the solution of our demographic problems can only be an increased acceptance of children. Many good ways of supporting families were presented. We can learn of each other!

At the end of the conference the awards of the European Large Families Confederation were presented in 5 categories in acknowledgement of outstanding achievements done for families, in particular for large families. The recipients of the awards were, by categories:

The laudations for the awards can be read here

The meeting of large families was held mostly on the island Zakusala of the river Daugava, close to the city centre of Riga, the majority of the participants camped here. As an eminent event of the meeting, participants marched, in spite of the rain, from the island to the centre of Riga on Saturday morning and laid a wreath and flowers at the foot of the Liberty monument. Participants also took the occasion of attending programs of the Riga city festivities.

Presentations of the conference can be downloaded from  https://files.fm/u/cccbx88s

Photos from the event are available here.