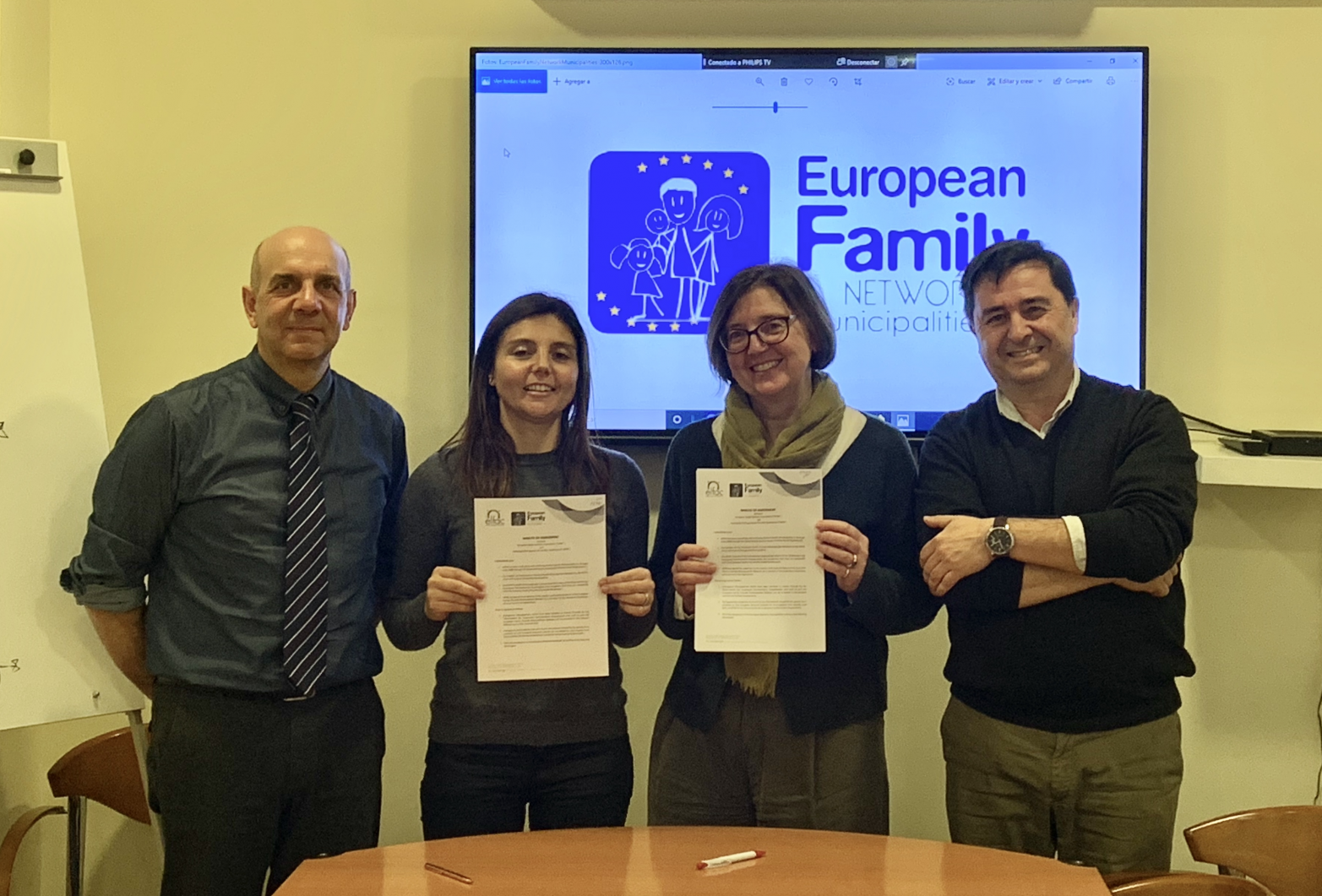 After the meeting of the executive committee of the European Network of Family-Friendly Municipalities held in Barcelona on Tuesday, February 4, an agreement was signed by which the Portuguese Observatory will be responsible in that country for the process of verification and admission of municipalities in the European Network. The agreement was signed by the president of ELFAC, Regina Maroncelli, and by the director of the Observatory, Isabel Paula Santos.

In 2019, about seventy-seven municipalities in Portugal were recognized by the Observatory as familiarly responsible, which entitles them to hang the green flag that recognizes that distinction.

The Observatory of Family Responsible Authorities was born in 2008, with broader objectives and seeking to create positive synergies for all national municipalities:

– Give visibility to municipalities that stand out for family friendly practices;

– Enhance the experience obtained by some municipalities for the benefit of others;

– Make a multidisciplinary team available to municipalities, consisting essentially of people from the fields of sociology, psychology, social and family assistance and economics who, with experience in the areas of the family and local authorities, can contribute positively to the evaluation of measures in this area, either previously or posteriori.

The European Network of Family-Friendly Municipalities was founded on June 2018 as a new initiative to promote local policies in favour of the wellbeing of families. Mission of the Network is to provide support, tools and resources to European municipalities to develop and improve a family friendly culture through a common process of planning and self-evaluation. Until now 21 European Municipalities have joined the Network.