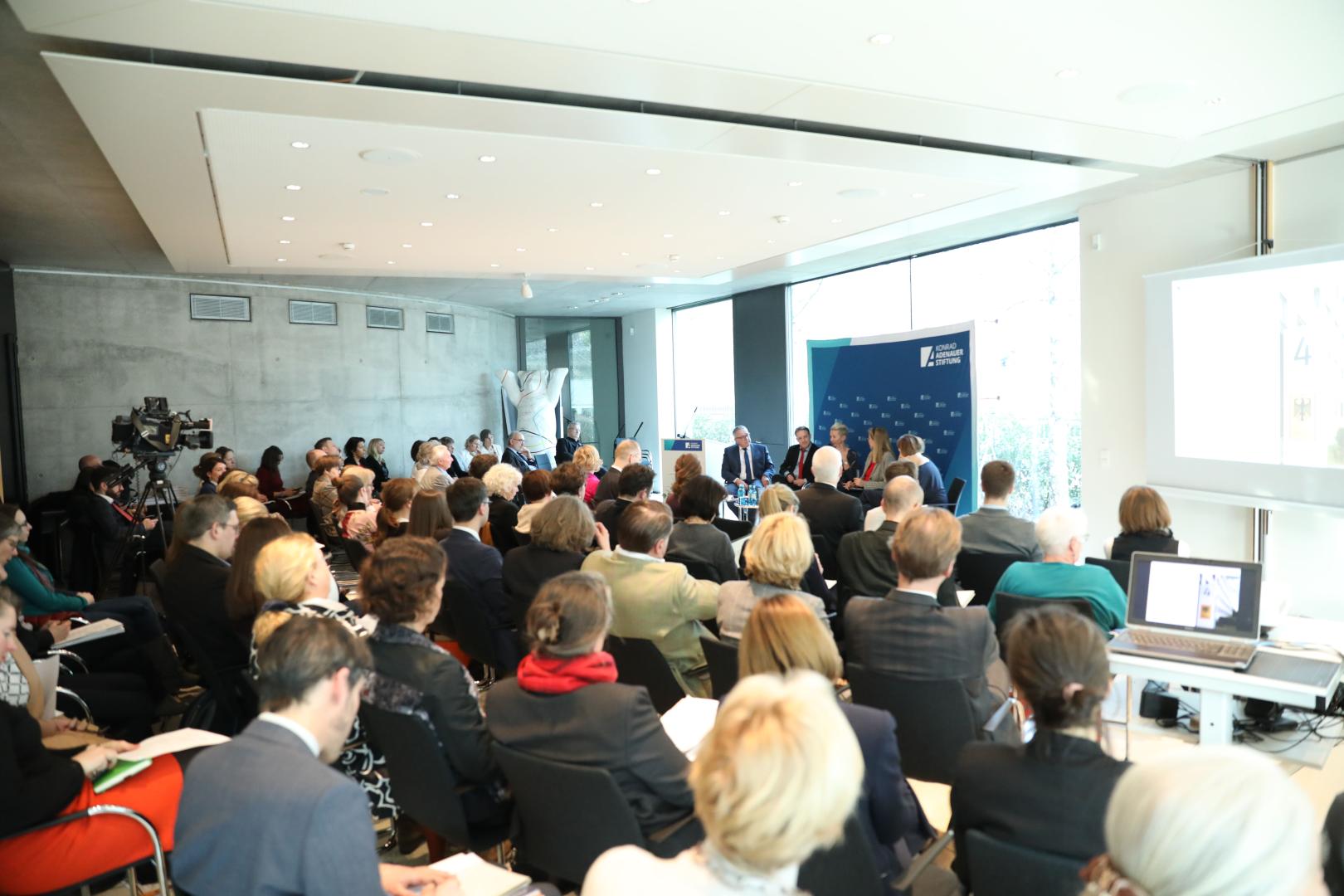 Mrs. Annegret Kramp-Karrenbauer, minister of defense and president of CDU, attended the event on “Three or more children- families in the heart of society” in Berlin on 30th January. The event, organized by the Konrad Adenauer Foundation, gathered together for the first time politicians of the Bundestag and local authorities, researchers and the German Large Families Association (KRFD) to address the situation in which families with more children live in Germany. Regina Maroncelli, president of ELFAC, also attended the meeting.

Today one out of three children in Germany live with at least two siblings. Still, there ’s not “a” large family as it is explained in the research that gave the title to the event, but almost seven different kind of families with more children, from muslim migrants to patchwork families. What is maybe common among these families is the social stigma they suffer because they broke the unwritten norm of the 2 children, together with housing and economic conditions. “We have to assert that we value every family, however they sit or how many children they have, and this has to have practical consequences in politics” said Annegret Kramp-Karrenbauer, who called for better infrastructures, money transfers and more time for families, and a new consideration of large families.

“We are very happy of the results of this event that took place on the 9th birthday of our large families association” said president Elisabeth Mueller, who is also vice-president of ELFAC. “When we were born there was very little talking about these families, now they are in the political agenda.

“We look at Germany’s families policies with the greatest interest”, said mrs. Maroncelli president of ELFAC. “Large families play an important role in society, in terms of numbers and human capital: it’s important that they are recognized and valued for what they represent”.