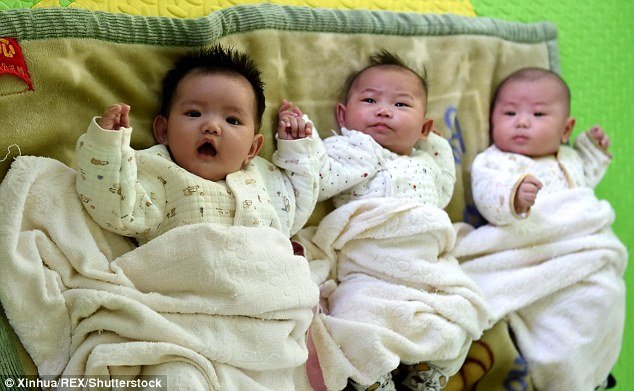 Delegates to China’s parliament are urging the overhaul or even scrapping of controversial family planning rules and say radical steps are needed to “liberate fertility” and reverse a decline in births and a rapidly shrinking workforce.

With its population ageing as a result of longer lifespans and a dwindling number of children, the world’s most populous nation decided in 2016 to allow all couples to have a second child, relaxing a tough one-child policy in place since 1978.

But birth rates plummeted for the second consecutive year last year. Policymakers now fret about the impact a long-term decline in births will have on the economy and its strained health and social services.

In proposals submitted at the National People’s Congress, delegates from across the country urged leaders to improve healthcare and maternity benefits, offer tax breaks and provide more free public education.

Some went further, saying China should forget about trying to control births and even remove all references to family planning from the constitution.

“Continued control over fertility will inevitably defeat the purpose and make it even harder to resolve ingrained population problems,” Guangdong province delegate Li Bingji said in a proposal that described population as China’s number-one priority for the next four decades.

The number of live births per 1,000 people fell to 10.94 in 2018, official data showed, less than a third of the 1949 level. Liaoning in the northeast, which has seen its population decline in recent years, has a birth rate of 6.49 per thousand.

The estimated number of children each Chinese mother will have in their lifetime is 1.6, down from 5.18 in 1970. The global average is 2.45.

Think tanks expect China’s population to peak at 1.4 billion in 2029 and then begin an “unstoppable” decline that could reduce the workforce by as much as 200 million by 2050.

They also forecast that over-60s will account for 25 percent of the population by 2035, up from 17.3 percent in 2017. More than a third of China’s population could be over 60 by the middle of the century.

According to Steven Mosher, president of the U.S.-based Population Research Institute which opposes government attempts to control population, China is entering a “low-birthrate recession”.

“China has set up a deadly demographic trap for itself, condemning itself to low or no growth for years to come, regardless of how many babies they can, using persuasion or compulsion, get young women to bear,” he said.

Though proposals submitted by ordinary delegates have no legal status, they have symbolic significance and allow the discussion of matters not ordinarily aired in public. In theory, they will also be considered by policy-making committees.

By Tuesday, the phrase “comprehensive liberation of fertility” had appeared in five proposals submitted to parliament, suggesting a groundswell of opinion in favour of a radical overhaul of family planning rules.

Some delegates, including Xiong Sidong of Jiangsu province, even urged the state to remove “family planning” from the constitution.

“To drop the requirement that all couples plan their births from the constitution would be a major shift in thinking, as the planning of human production nationwide has, since the mid-1970s, been deemed as vital to China’s modernisation as the planning of material production,” said Susan Greenhalgh, research professor at Harvard University, who has studied the one-child policy.

The original restrictions were aimed at curbing runaway population growth, and required the establishment of family planning offices in every village across the country.

The government has defended the programme, saying it allowed the country to limit population growth by around 400 million and thereby tackle entrenched poverty.

Researchers warn of a demographic timebomb, with a dwindling workforce unable to pay the healthcare bills of the elderly, but after four decades, the policy adjustments could prove too little too late.

“Virtually no country in the world has been able to coax birth rates up for a significant period of time after childbearing rates have dropped with modernisation,” said Greenhalgh.

“If the government were to encourage unmarried women in their 30s, or same-sex couples, to have a child, that might make a difference, but such changes seem unlikely given the social conservatism of the current regime.”