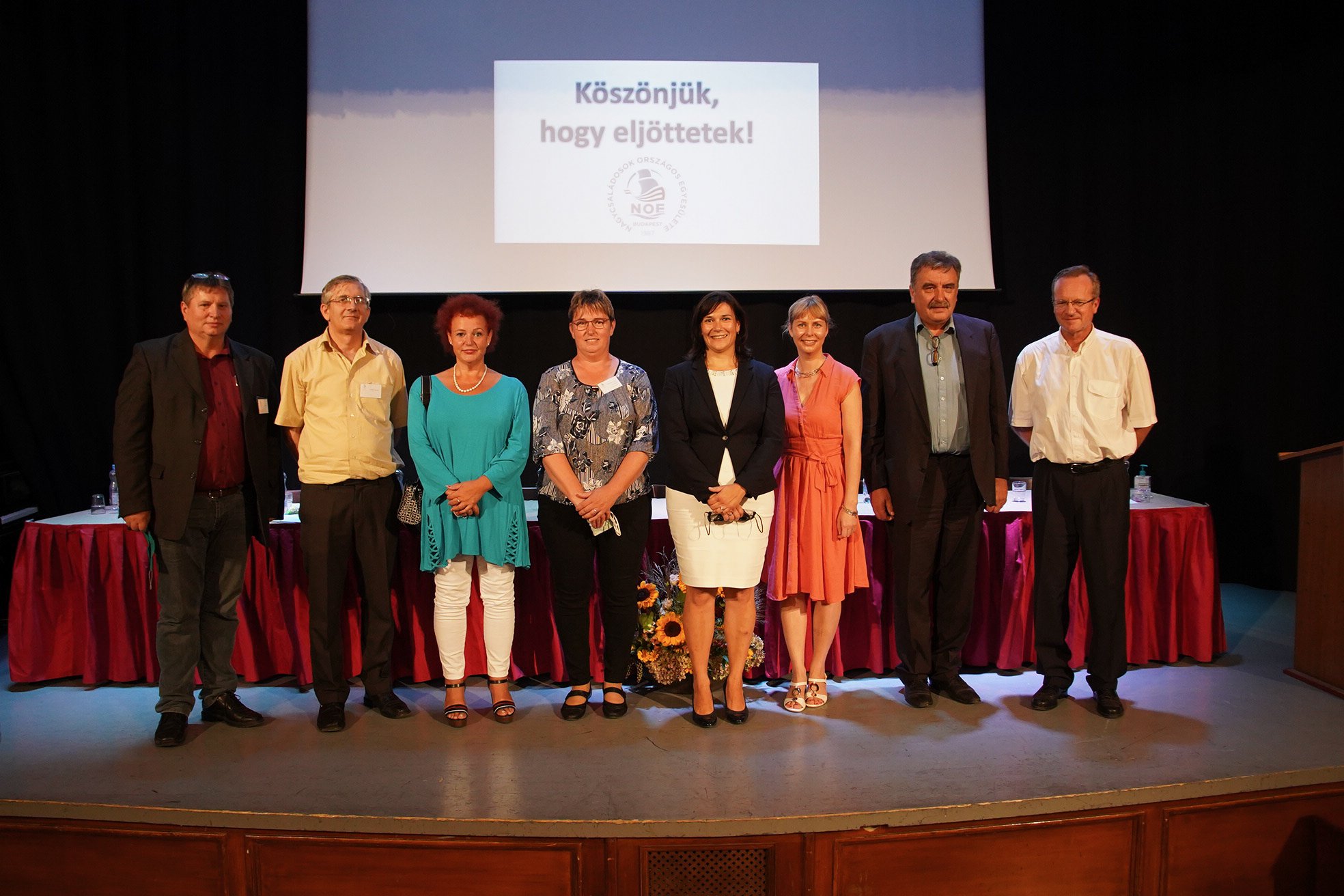 On 5th September, 2020 NOE held electoral General Assembly and Award Ceremony in Budapest. Katalin Kardosné Gyurkó has been re-elected for being the President of the National Association of Large Families in Hungary for another 4 years.

Furthermore, three new members and one substitute member of NOE Board have been elected for a new term, from 2020 to 2024.

More than a hundred prizes have been given over at the Award Ceremony. This year, in addition to the usual NOE-prize, Cradle prize and Loyalty Award, those excelling in community work and taking real and unselfish action for families during the pandemic crisis were granted a distinguished service award.

Katalin Kardosné Gyurkó has been re-elected for being the President of the National Association of Large Families in Hungary at the General Assembly in September 2020.

Four years and 142 days. This is the length of time Katalin Kardosné Gyurkó spent as NOE President (2016-2020) with a motto: ‘where there’s a will, there’s a way’. In 2016 the association faced three challenges: membership issues to handle changes in the legal system; organisational challenge (in 2016 NOE had altogether 6271 member families and apathy was felt in the association) and NOE also had to face shortages in financing.

The awards NOE was granted in the past few years (Award for a Civic Hungary, European Citizen’s Prize, IFFD Family Award) signify the successes of the work done for NOE.