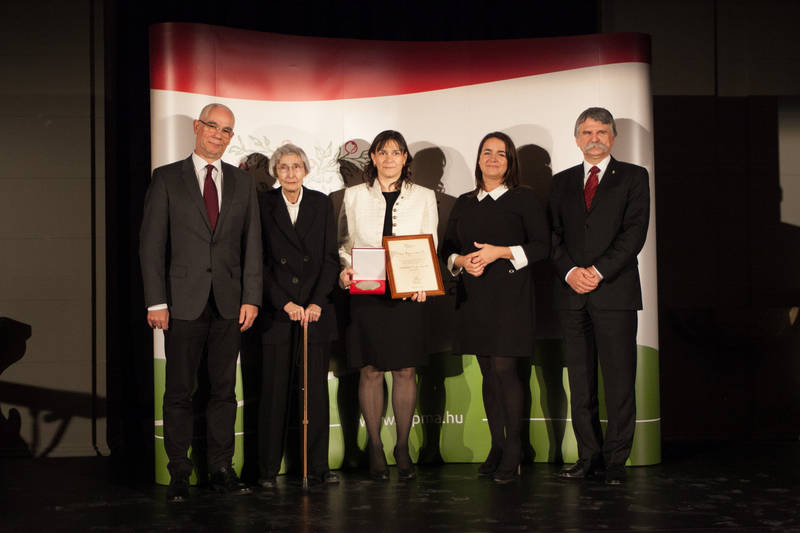 Katalin Kardosné Gyurkó, president of NOE, had the honour to receive the AWARD FOR A CIVIC HUNGARY given to the National Association of Large Families in Hungary, at the prize ceremony in the building of the Museum of Fine Arts, on 18th December 2018. Our association has been appreciated by Katalin Novak, state secretary of family and youth affairs. Being grateful for the prize as an important symbol of the past 31 years of activity of NOE, we are also thankful to the Advisory Board of the Foundation for a Civic Hungary, who had nominated us for the prize.

The AWARD FOR A CIVIC HUNGARY recognises a life of civic service and is given for work that strengthens and creates communities. Recipients: 2005 – Dalma Mádl; 2006 – the creators of the House of Terror Museum: Mária Schmidt, Attila F. Kovács and Ákos Kovács; 2007 – human rights defenders Ilona Ékes and Tamás Gaudi-Nagy; 2008 – researchers Mária Kopp and Árpád Skrabski.

Photo gallery of the ceremony