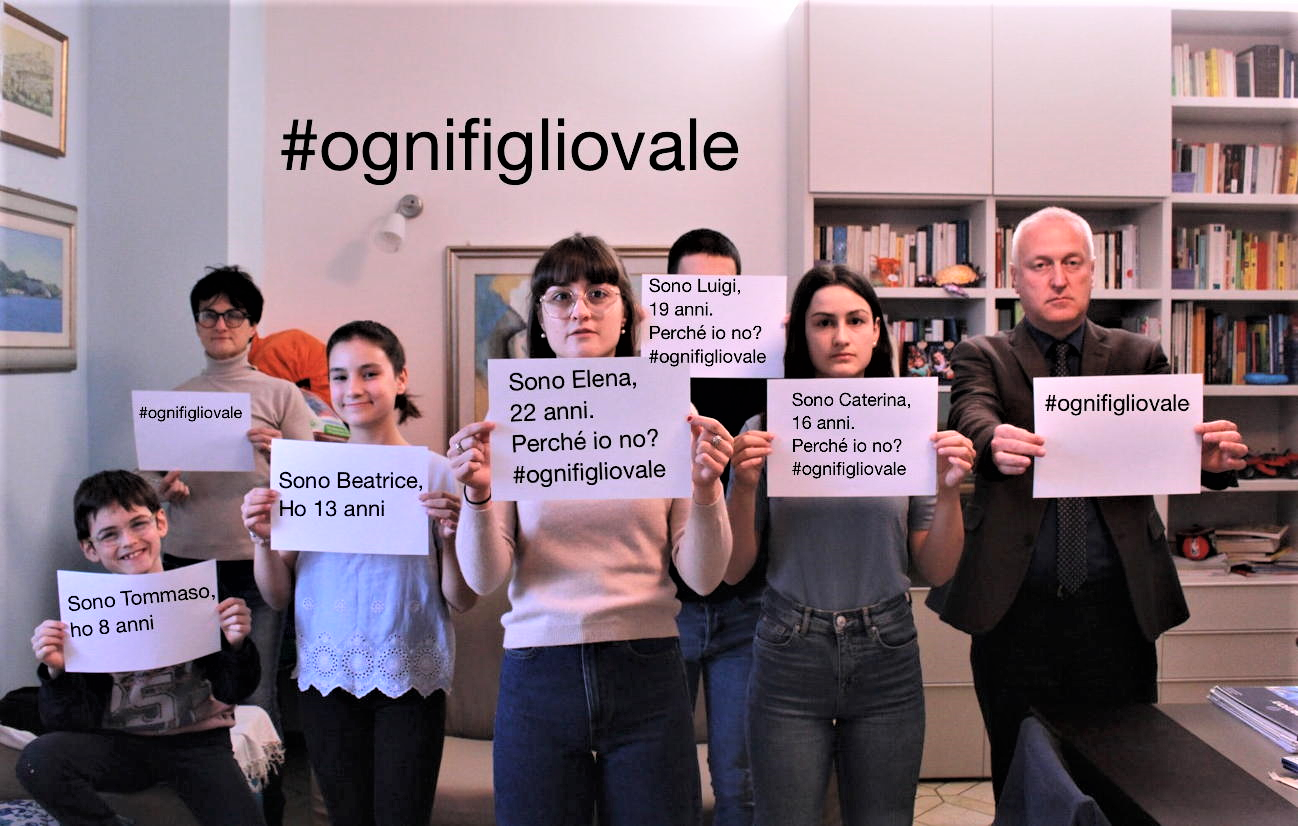 As Italian Government is studying special support measures for families during Covid19, the Italian Large Families Association (ANFN) launches the campaign #Ognifigliovale to ask that the children’s allowance also be paid to children over 14 years of age as dependants.

President ANFN Mario Sberna has laid the demand with a letter to president mr. Giuseppe Conte and Minister of family Elena Bonetti to extend the child bonus to all dependent children, at least for large families. These families, underlines, Mr. Sberna, represents only a little share of the population but are, as statistics confirm, those more exposed to poverty, specially during Covid19 emergency.

Mario Sberna president of Anfn, the association that brings together large families in Italy – tells Andrea Bernardini, journalist from Avenire- speaks with a whisper thanks to an online connection from the room of his home, in Brescia, where he lives in forced isolation after overcoming Covid-19 infection with great difficulty.

It tells of terrible moments when, in the hospital, he was able to dispose of oxygen only in extremis “otherwise I would not be here today to talk to you about it”. He cries when he remembers the associates who have left us in these days. Many grandparents, but also several dads: like Franco Dabrazzi, card no. 3 of Anfn, 66 years old, father of six children, from Brescia. Or Giancarlo Piccoli, Piacenza, father of seven children: at lunch he had blown out the candles for his 53rd birthday, at night the ambulance rushed him to the hospital because he was struggling to breathe and since then his parents no longer have him seen.

Sberna cites a study carried out by the National Association of Large Families, and also confirmed by Federconsumatori, according to which each child up to 14 years involves a financial commitment of about 10,000 euros per year. An 18-year-old son costs an average of € 12,000 a year, with peaks far higher in the case of off-campus university attendance. In this context – reads the letter – the limitation of the allowance penalizes in particular families with 3 and more children, precisely those which ISTAT, before the emergency, defined at greater risk of poverty. And that today, with the unfortunately now imminent economic crisis underway, will become dramatically poorer.

“It is for this reason – the appeal of President Anfn Mario Sberna – that we ask you forcefully and urgently to intervene during the drafting of the decree-law, introducing a corrective provision that provides for the extension of the allowance to all dependent children , at least for families with 3 and more children. However, these families are so few that the cost would be limited: it would be enough to use part of the resources represented by 3.5 billion. of family allowance contributions, which INPS allocates to other expense items. We simply ask for equity, respect for art. 31 of the Constitution, and above all justice. We do not want a state with children of Serie A and children of Serie B. Because every child counts”.