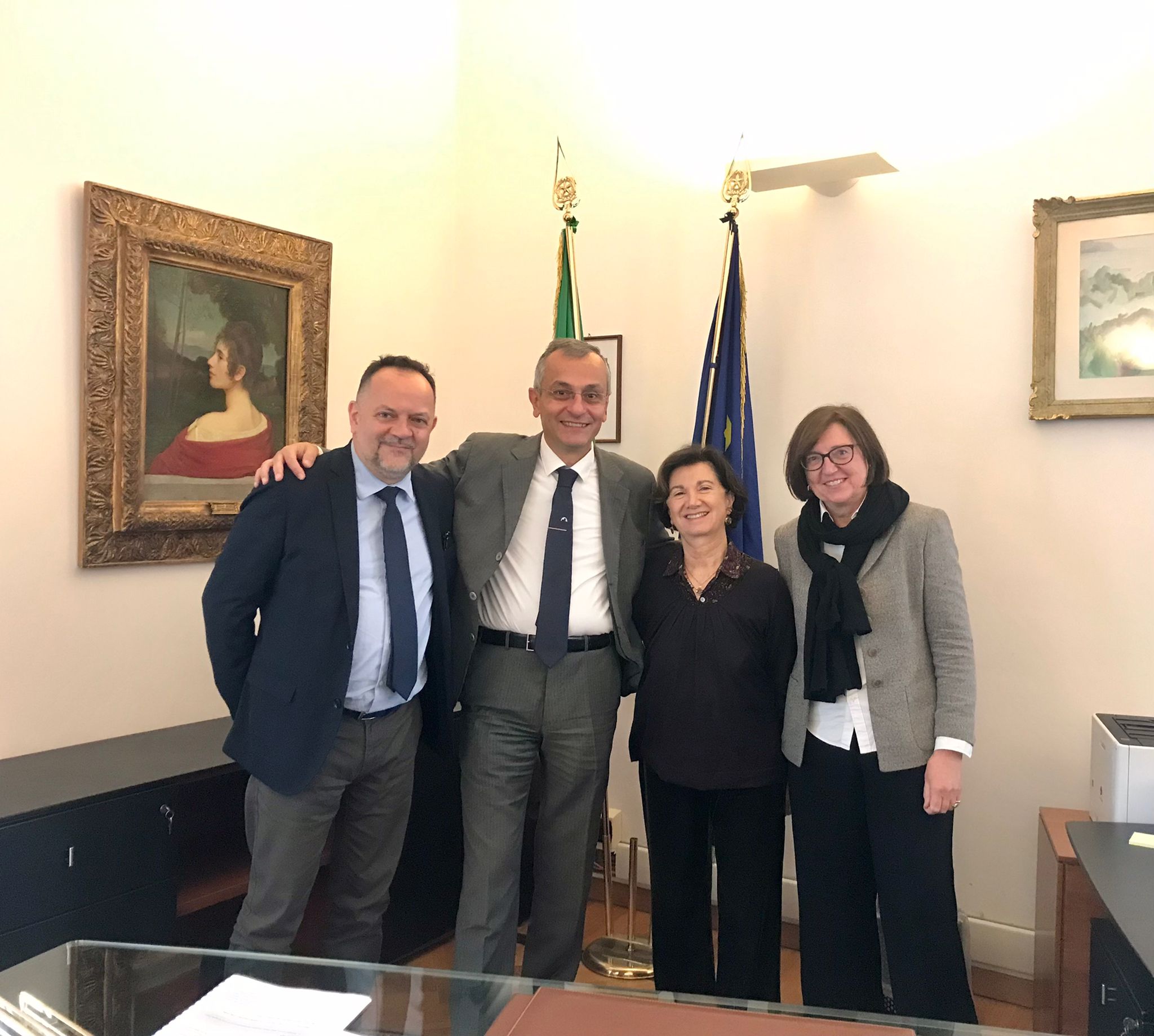 On Thursday 17 November 2022, the first official meeting of ANFN with Minister Eugenia Roccella was held at the Ministry for the family, birth rate and equal opportunities.

In addition to the Minister’s collaborators, the Regina Florio Maroncelli association, president of ELFAC (the European confederation of large families), Paolo Moroni, of the ANFN Policy Unit as well as a member of the Forum of the single check observatory, and the president Alfredo Caltabiano.

The meeting was very cordial, and highlighted the harmony of the Minister on the themes and values ​​of the National Association of Large Families.

The delegation presented a document with a series of points aimed primarily at policies to support the birth rate and to overcome the discrimination that still today penalizes families with children, especially large ones.

The limits of the Single Allowance and of the ISEE were reaffirmed, already known to the Minister who underlined the almost non-existent margins for intervening on the measures of the next stability law, given the extremely tight deadlines in which it must be presented. However, the Minister reiterated her commitment to address the critical issues highlighted by ANFN in the appropriate times, together with other proposals put forward by the association. In this regard, a number of issues have already been identified on which in-depth studies will be initiated with the technical secretariat of the Ministry.

We will keep you updated on these issues as soon as we have operational feedback. In conclusion, the Minister confirmed the availability for further meetings.