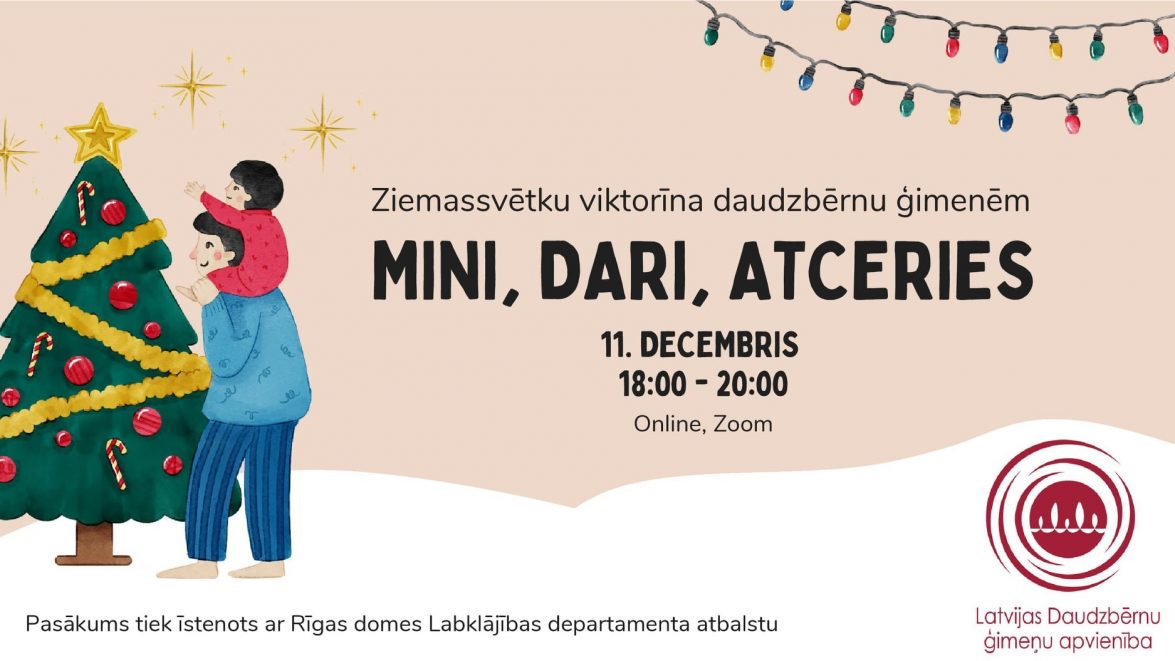 There is a new logo, is being built a new website and are changes in the leadership. Hereafter the organization will be headed by the Chairwoman of the Board Elīna Treija. The current head Leonīds Mucenieks has been elected an Honorary Chairman.

All these new changes were presented at an online event for large families, Christmas Quiz, on December 11th.